From Wikipedia: “Jack in the Green, also known as Jack o’ the Green, is an English folk custom associated with the celebration of May Day. It involves a pyramidal or conical wicker or wooden framework that is decorated with foliage being worn by a person as part of a procession, often accompanied by musicians.

The tradition died out in the early twentieth century. Later that century, various revivalist groups emerged, continuing the practice of Jack in the Green May Day processions in various parts of England. The Jack in the Green has also been incorporated into various modern Pagan parades and activities”

In 2017 I was in London and was able to witness one of the ‘modern pagan parades’. It was great fun as we walked from pub-to-pub, having a beer on the way, of course 😊

Here are some of the photos I made. I guess this year the parade will not be taking place ☹ 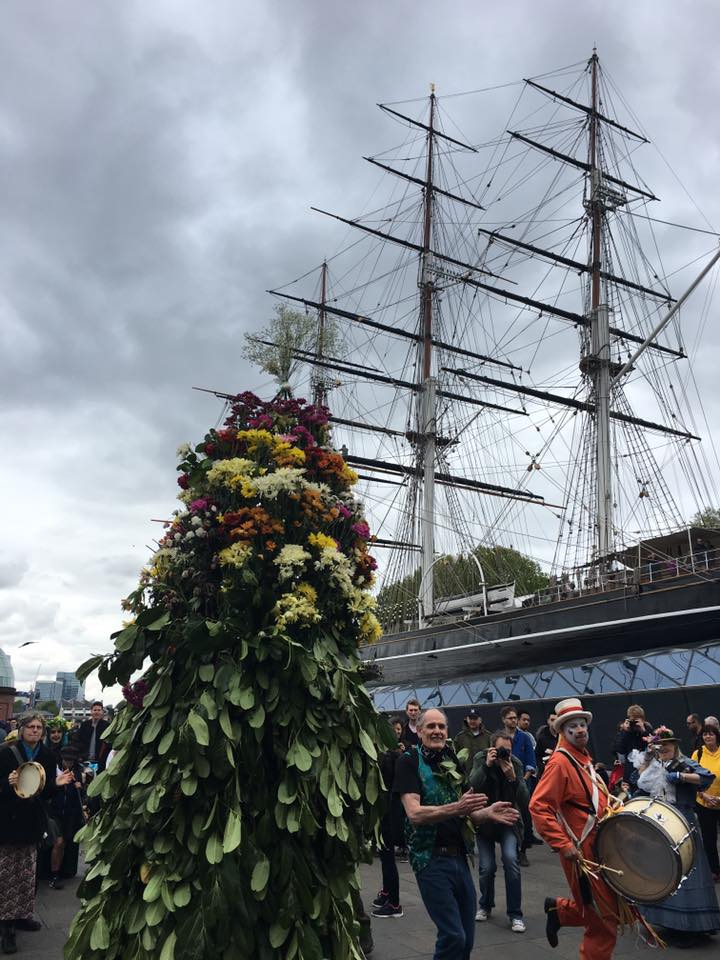 (Joining the parade in Greenwich – alongside the Cutty Sark)

“Deptford, London: The Fowlers Troop Jack was revived during the early 1980s by members of the Blackheath Morris Men and friends. It is a revival of a Jack in the Green from about 1906 which was paraded by the original Fowlers Troop. The Fowlers Jack goes out on the streets of South East London or the City of London each May Day. The Jack is usually dressed on 30 April and is paraded on May Day.”

(The Fowlers Troop, from Deptford) 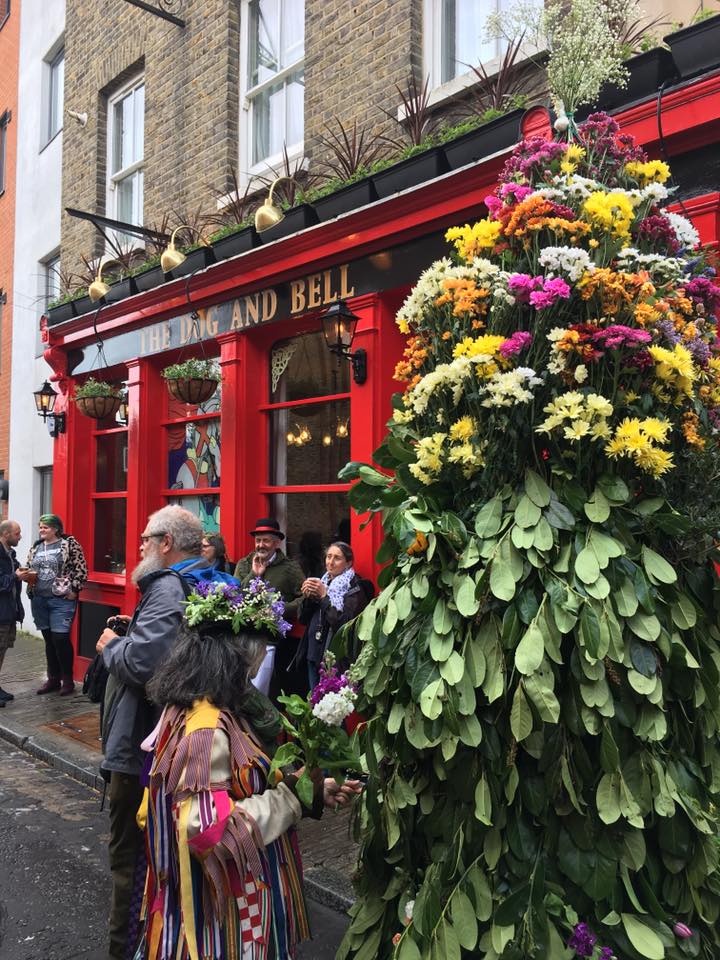 (Stopping at pubs on the way and having a beer…) 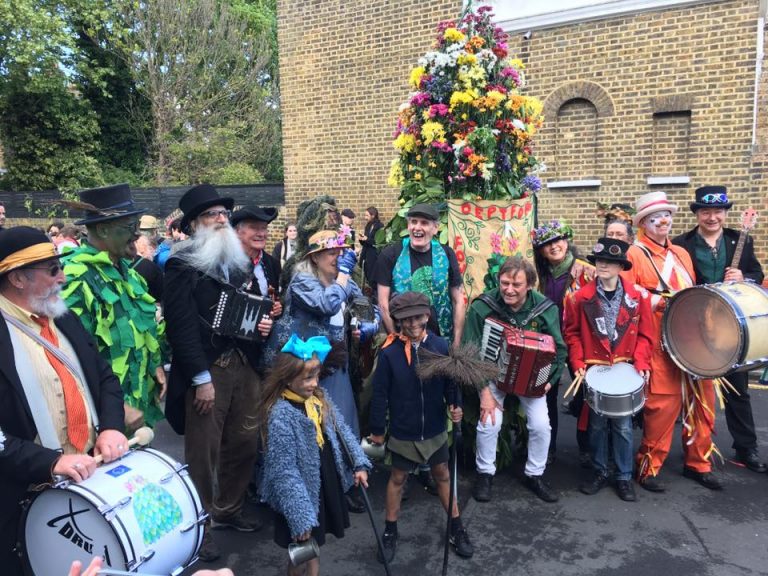 (The ‘main players’ with the chimney sweep.. and blackened faces) 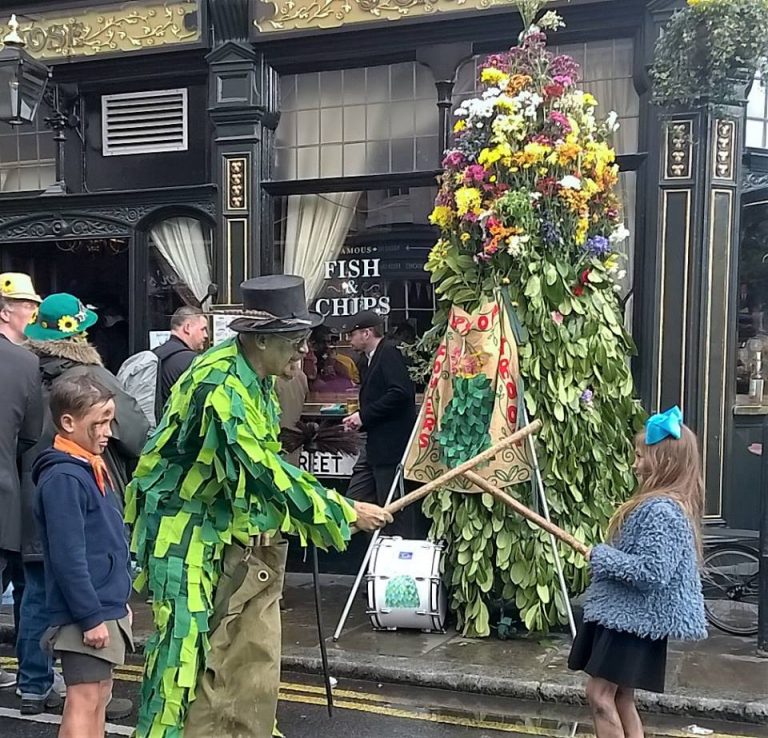 (Morris dancing, an integral part of the celebration.. it’s never too early to learn )

Jack in the Green: https://en.wikipedia.org/wiki/Jack_in_the_Green

"Morgana is Anglo/Dutch and lives in the Netherlands. She is a practising Gardnerian HPS. Over the years, she has facilitated a variety of Wiccan groups. She is co-editor of the international and bilingual "Wiccan Rede" magazine, which was launched in 1980 and is coordinator of Silver Circle, a Wiccan network in the Netherlands. As International Coordinator for PFI she travels extensively giving talks and workshops about Wicca and Paganism."
Bekijk alle berichten van Morgana →
Dit bericht is geplaatst in English articles met de tags England, folk traditions, folklore, Jack in the Green, London, May Day, parades. Bookmark de permalink.
We use cookies on our website to give you the most relevant experience by remembering your preferences and repeat visits. By clicking “Accept All”, you consent to the use of ALL the cookies. However, you may visit "Cookie Settings" to provide a controlled consent.
Cookie SettingsAccept All
Manage consent