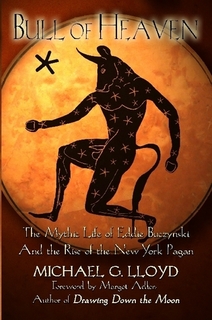 Bull of Heaven: The Mythic Life of Eddie Buczynski and the Rise of the New York Pagan

I think it was about a year ago when an acquaintance of mine recommended this book to me. At first, I didn’t pay too much attention to it, mainly because I already had a handsome pile of books pending to read and the topic (being a biography) didn’t really call my attention.

However, a few months ago I came across this book once again and since then, I’ve been hooked.

Bull of Heaven is a consistent, massive book, not as much physically as content wise. We could divide its content into three main different layers:

The first layer is a very interesting one. Eddie Buczynski was, in many aspects, a pioneer. Like many others before him, he challenged the status quo of his time in order to bring forth what he considered to be ‘right’. The people interviewed by the author often describe Eddie as a Seeker, but in the process of seeking he pushed the boundaries of a very young community. 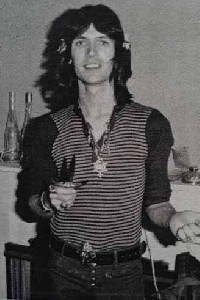 Throughout the book we get to know more about this fascinating man, who initially sought to become a Jesuit priest but ended up becoming part of the New England Covens of Traditionalist Witches (NECTW) and the Gardnerian Tradition of Witchcraft, and founder of the above mentioned traditions – see pt 1.

But we also get to know more about his dreams, his loves and affairs, his connection with the well-known Warlock Shop (Magickal Childe), and through that centre, the broader pagan community.

It’s here when the second layer comes up. Both Herman Slater and the Warlock Shop were actively involved in the pagan community at that time and whose main exchange was to be found in magazines like Green Egg, Earth Religions News, Gnostica and others (quite different from our forums, Yahoo lists and FB groups nowadays, huh?).

Through the thread that connects Eddie with Herman Slater and the Warlock Shop, Lloyd describes some of the most controversial episodes of the Craft community in those decades, like the Frost’s, or the split between the Bucklands and the subsequent consequences.

Even though it’s mainly focused in the New York area, we get to know a bit more about the Craft and pagan elders, like the recently deceased Margot Adler, Tim and Morning Glory Zell, Leo Martello and many others.

In it’s final layer, we get a ‘taste’ of the situation in New York regarding a variety of topics, including the advent of the first pagan and Craft groups in the early 70’s, the impact of this in the media, etc. There is an emphasis on the development of the LGBTQAI+ movement at that time, both from a pagan point of view, as well as a more general/social one: the first riots, Stonewall, the fatal arrival of HIV…

In occasions, the last layer may become very tedious, especially if you want to know what happens next in Eddie’s life and you are suddenly faced with several pages of names of bands, groups, politicians and dates slightly related with pagan/occult/magical/satanic/whatever-hocus-pocus flavour. However, I can understand how this may be very useful for other readers, particularly scholars.

Now, I should mention that, while I was reading the book, I received a couple of bad reviews about it, which made me consider whether I should continue reading it or not. It’s true that, in many parts, the comments in the book seemed a little biased, either by personal experience or the geographical context.

When discussing Gardnerian Craft, for example, he makes several statements, which may have been applicable to those covens in that area (and at that time) but which are completely alien to the European savoir-faire. When he talks about the autonomy of covens and their leaders, he says that ‘A high priest would always be answerable to his initiator’. However today it is generally accepted that a second (or third) degree initiate who has hived-off is completely and absolutely autonomous.

Other aspects like reculing (similar to the concept of banishment), Witch Queens (as a rank in a hierarchy), and the like, are as alien as the one mentioned above.

The most unsettling one is probably the big emphasis on John Score’s views about gay people and the Craft.

‘Buckland went out of his way to support the right of gays and lesbians to practice Gardnerian Witchcraft, a concept still considered radical at the time, especially in light of the pushback (repercussion)  coming from Great Britain in the form of John Score and his supporters’

There have always been and will always be people who consider that the Craft is not for gay people, but this is (and always has been) far from a mainstream view amongst Gardnerian initiates in Europe. The statement of the personage of Jana in the book (although clearly a bogus) seems to be more in tune with the British view on that matter.

Nevertheless, this seems to be more a problem of cultural context than an intentional, misleading comment.

As I flipped through the pages and got to the last part of the book, a feeling of sadness came over me. The whole scenario of gay people not being accepted in some Gardnerian groups, the arguments being used to support that the general attitude when the topic was discussed was way too familiar.

It seems that we are doomed to repeat history and while the presence of gay people in a Gardnerian Circle is a no-brainer nowadays, the topic of the validity of same-sex initiation remains hidden on the back of the ‘storehouse of taboos’. Thanks to publications like Yvonne Aburrow’s ‘All Acts of Love and Pleasure: Inclusive Wicca’ and initiatives like the ‘Inclusive Wicca Discussion Group’ on Facebook, as well as the active campaigning and work of many initiates around the world, the discussion is being brought to the table once again.

It is sad to think that Eddie might have found what he was looking for in many of today’s Gardnerian covens with an inclusive attitude towards their members and practices. 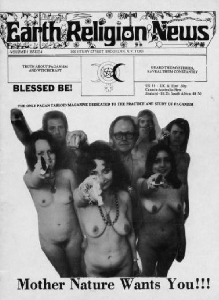 Nevertheless, had he encountered such a group, he may have never developed the traditions that he brought to the world and the Minoan Brotherhood wouldn’t have flourished like it did (having now presence in several European countries like France, Germany, Italy and Ireland). He may have never embarked on his archaeological studies or finish his amazing MA either.

I dare to say that Bull of Heaven is a must-have book in the library of any modern witch interested in history and especially LGBTQAI+ ones! In a sense, it resembles other books like Drawing Down the Moon (Margot Adler)  or Her Hidden Children (Chas Clifton) although Bull of Heaven has a greater focus on Eddie Buczynski’s life.

However, the topics discussed throughout the book are and still will be relevant for gay witches in the coming years!

Quoting another Craft pioneer who advocated for the rights of gay witches, Doreen Valiente (or even Crowley’s Law of Liberty, if you want!):

‘Keep pure your highest ideals; strive always towards them’

A Gardnerian witch from the Basque Country, still figuring out things, most of them. I am also webmaster for the AdRosam site, a website of resources in Spanish for Gardnerian Seekers. I am also on Twitter and Tumblr.
Bekijk alle berichten van Alder →
Dit bericht is geplaatst in Boeken, English articles met de tags Eddie Buczynski, Gardnerian, Wicca, witchcraft. Bookmark de permalink.