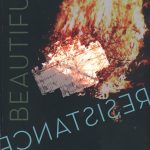 Review: A Beautiful Resistance – The Fire Is Here

A Beautiful Resistance is the journal of Gods & Radicals, who combine pagan spirituality and radical politics to challenge established power structures.

Activism, interfaith and tradition – a pagan perspective; an interview with Morgana

Morgana is a Pagan activist, a PFI international coordinator and a Gardnerian Priestess. Less is known about her interfaith initiatives and her role in academic study of Paganism. 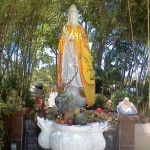 GOD-Dess Capital-ISM: How poor women smuggled markets & freedom into Vietnam surrounding communism and changed it to a freer society – Part 1

By Donald Meinshausen on 2 november, 2013

In some communist countries there is nothing but ‘patriotic’ parades, rallies and displays of martial power. But there are exceptions as celebrations and ceremonies are older than governments. And these exceptions can change rules, even in Vietnam.