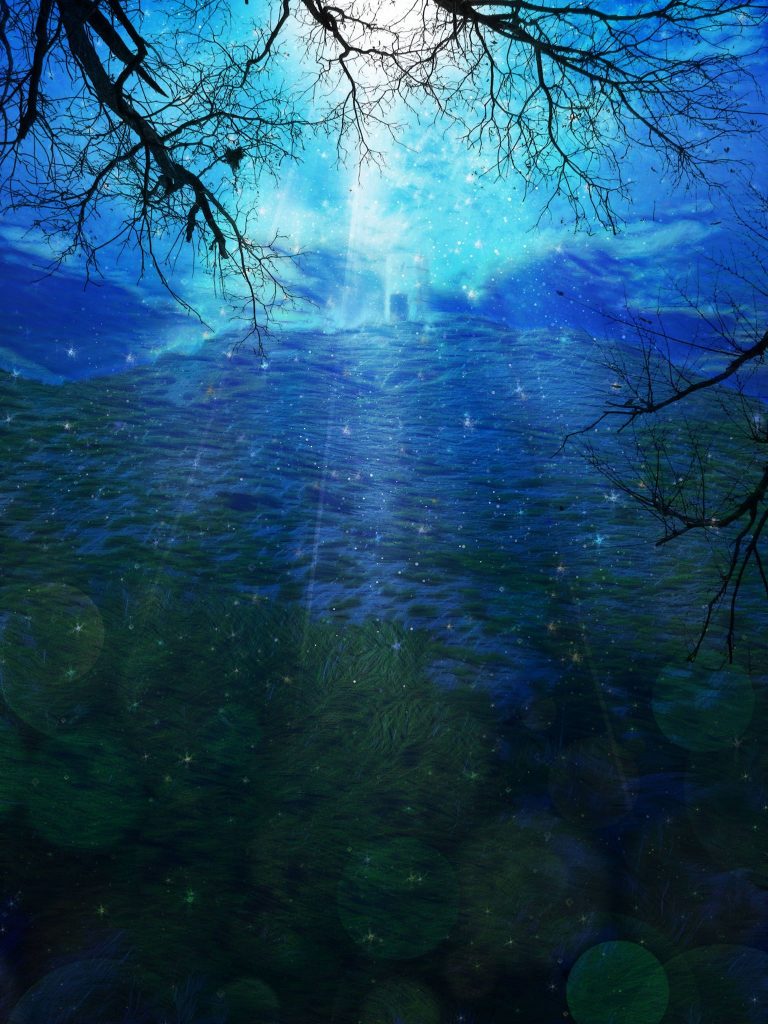 (The Canvas of Inner Vision – a digital creation by Andy Highfield)

Our ‘inner vision’, or ‘active imagination’ is an extremely powerful facility. It is a means by which we not only are able to engage in contact and discourse with ‘the unseen’ but it is also a means by which we may shape, mould and ‘develop’ our own selves. It can function in two modes: passive and active. These are not merely abstract concepts. They are not empty words. They are real. Actual ‘things’ happen! Some of these changes can be very profound. The knowledge of how to do this is itself powerful. It is not for everyone. Let us examine a practical, down-to-earth example of how those who are trained in these methods might use them.

Let us say, for example, that you are asked to give a lecture or talk in public but find this rather intimidating. As a result of that, you will be more prone to stumble and forget things… your thoughts might become disorganised. Your sense of nervousness grows, and in one sense, this all becomes a self-fulfilling prophecy. For many, this is where it ends. They are unable to overcome the weight of self-doubt they have created.

You, however, know something of the potential of your ‘inner canvas’ – an alternate, non-physical but very real ‘place’ where additional knowledge and additional ‘resources’ exist. What if you could ‘tap into’ this special place to overcome your nervousness?

Well, you can. One way of doing this is to imagine an ‘alternate personality’, possibly someone from history, who was a great orator or lecturer. Think about how they would approach your problem. Create a very ‘real’ impression of them… how they spoke… dressed…. open a dialogue with them. As you do so, ‘join’ with them… let their personality influence yours… they have no fear. They are skilful and confident. As you join with them, you take on these same characteristics. You may recognise this as having some similarities to what is called ‘method acting’. It really does not matter what is happening… the fact is, it works. It can produce quite remarkable transformations. You might now be able to do something that previously, your own fears prevented you from succeeding at. You are ‘drawing strength’ (and abilities) from your ‘inner self’. This is manifesting in real actions, real changes. Before your lecture, you ‘assume’ the role, and now speak confidently without nerves. This is a fairly simple example. Much more can be achieved than this. There are more advanced variants of this basic technique.

In fact, in ancient cultures (and in some current shamanistic practices) these variants were widely used to ‘draw down’ deities, for example, a high priestess ‘assuming the god-form’ in rites such as ‘drawing down the moon’. In these cases, there is a real ‘melding’ of the personality of the priestess with that of the deity being invoked. It is important to note that although imagination is the canvas upon which this is projected, or at least, visualised – what ‘comes through’ can be far more than can be easily explained by simply attributing it to ‘fantasy’ or ‘imagination’. Imagination, upon the canvas of the astral planes, is merely an intermediate image. The true reality, and the real power, lies beyond that. The astral imagery, or the ‘imagination’, is merely the ‘link’ that connects the two. 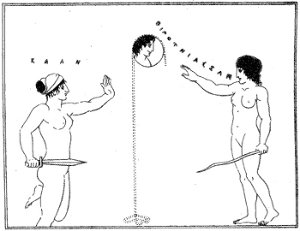 We can, as always, view these processes in various ways and we can call them by various names. At their root, they are the same thing. Mystics, prophets, priestesses, priests and seers down the ages have relied upon them extensively. In mystical Islam (Sufism) there is the ‘Imaginal World’: “My imagination, what are you? I am the stream that feeds the fountain of your mind.” (Hazrat Inayat Khan).

Indeed, one of the very greatest Sufi mystics, Ibn Al-Arabi (1165-1140) taught extensively on this subject. He was a man centuries ahead of his time in many ways, yet also firmly contacted with the very same energies and techniques that the Ancient Egyptians worked 3,000 years before even he lived. The core of his philosophy is that The Perfect Human, through a highly developed self-consciousness and self-realisation, prompts divine self-manifestation.  One of the key techniques he taught to achieve this was training the active imagination, and via the Imaginal World, also known as ‘The World of Analogies’ or ‘Alam al-Mithal’.

In a purely psychological context, there are many parallels here with techniques widely employed in transpersonal therapies, and also in those methods of ‘inner guide’ meditation, where the ‘imaginal’ world is employed to bridge the gap between fractured components of the psyche with the aim of re-integration. In Western Qabalah, the same thing may be approached using ‘Pathworking’ techniques, which yet again uses the canvas of the active imagination to permit a bi-modal flow between inner and outer realities or planes of existence. The aim again is balance and integration. 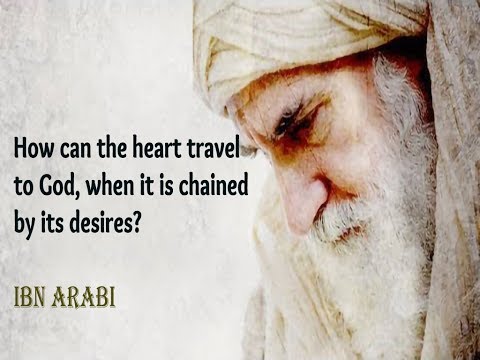 There are other similarities between Ibn Al-Arabi’s teachings and those of other schools, for example his use and understanding of the concept of the ‘Divine Man’ or ‘Primordial Man’ – which he termed the Logos. This concept also manifests in a near identical way within Qabalah, as Adam Kadmon. This too has incredibly close correlations with ancient Egyptian and Greek mysticism and cosmologies, and with several ancient (and current) Eastern approaches.

Whatever you term it, it is where we call upon a remarkable canvas that opens our eyes beyond the limitations of the physical world and where we may literally walk and talk with the divine, with angels, and other ‘Spiritual Beings’.  The Ancient Egyptians might refer to it as entering the ‘Duat’ (or ‘dwat‘), the world of spiritual energy that forms the source, matrix and point of origin and return of everything, explored using the mechanism of the ‘Ka’ that flies beyond the body in the form of a hawk… Every form of life, every manifestation of nature.

To further understand some of the complex questions raised here, we might usefully consider what one Jungian psychologist, Jeffrey Raff, who made a special study of this area, concluded about Ibn Al-Arabi’s techniques:

“During active imagination, the ego, while fully awake and functional, experiences unconscious contents or products, or even a physical sensation. The ego, having focused its attention on the unconscious, must give up all critical thinking and simply open to whatever the unconscious presents. In this state of receptivity, it must wait for the unconscious to manifest.

Once it has seen, heard, or felt something, the ego then elaborates on the image it perceives, or on the voice it hears, and expresses it as fully as possible. For example, the ego may have a fleeting image of a waterfall. It may then paint that waterfall or continue to imagine itself listening to the sound of the water falling, or actually take a drive to a real waterfall and sit by it for an afternoon. It must do whatever is necessary to empower the experience. Having developed the experience sufficiently, the ego must next determine the meaning of it. This is of crucial importance, for without coming to some understanding of the meaning behind the manifestation of the unconscious, the ego will not be able to discover the position that the unconscious is taking. Simply enjoying the sound of the water, or admiring the painting one has done, is not enough. Despite current theories to the contrary, just being with the image is not sufficient; the ego must derive meaning from the experience.”

There is a lesson there. Mere random visionary wanderings, untrained ‘astral day-tripping’ and endless ‘experiences’ are of limited value (and may even be counter-productive) unless they are directed by higher purpose and put to good use. Purpose, direction and understanding are essential to transforming such experiences into valuable insights. This is not something that can be achieved on a ‘weekend retreat’ or online course but is likely to require many years, or even an entire lifetime of dedication.

This is the way of practical mysticism, of self-knowledge as a key to the door to yet greater knowledge, a theme we have addressed before, and will again. 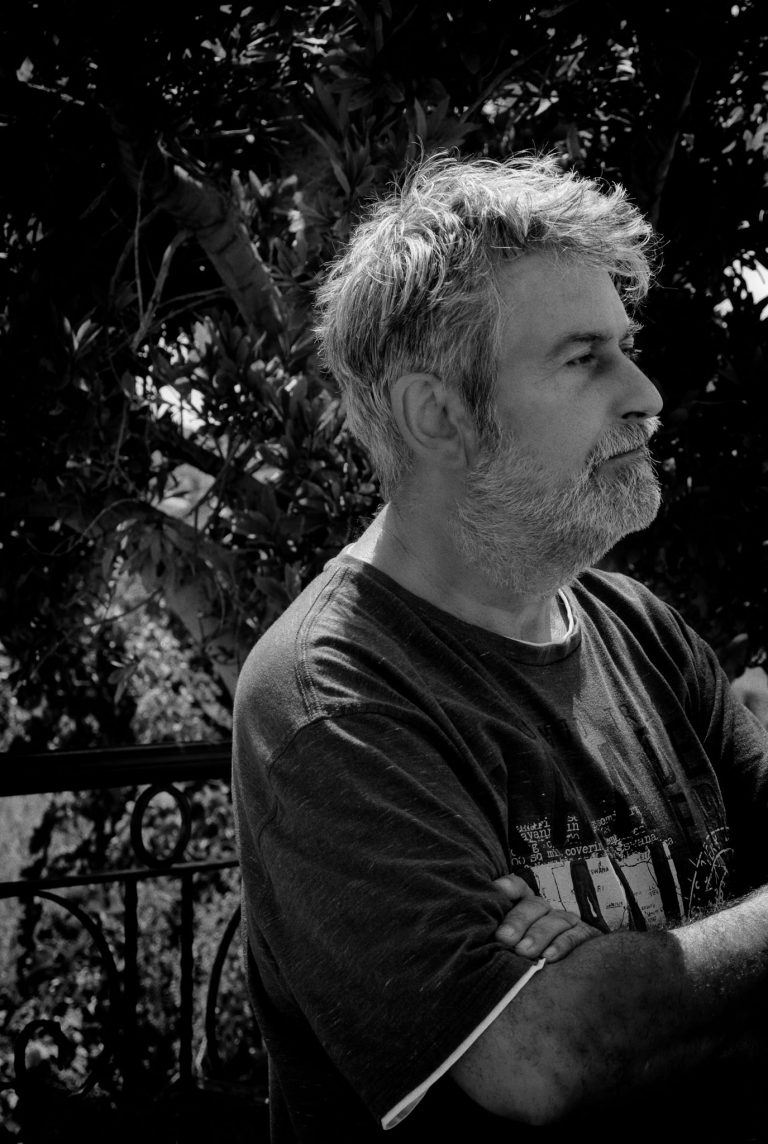 Andy C. Highfield has been a student of the Western mystery tradition for over 40 years. His previous works continue to be on the recommended reading lists of many esoteric schools and are widely regarded as standard reference texts in their field. A lifelong vegetarian, he is also deeply committed to the cause of animal welfare, the promotion of tolerance and respect for all expressions of the True Self and the protection of our fragile environment. When not ‘on his contacts’ he is a scientist and a musician.