Review: The Square and the Circle

The Square and the Circle – the influences of Freemasonry on Wicca and Paganism
Payam Nabarz
Avalonia Books
ISBN 9781905297818. Kindle edition: ASIN: B01G6DR8P4 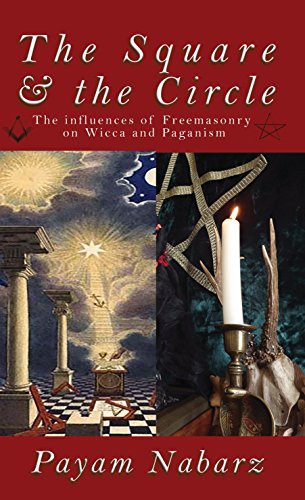 For many people the biggest influence on Wicca as far as texts are concerned comes from Aleister Crowley and whilst there is indeed a good deal of Crowleyanity (as Doreen Valiente called it…) the major influences are, I believe, from Freemasonry. In this rather slim volume Payam Nabarz would seem to echo this sentiment and has managed to pack in some wonderful resource material.

“Wicca and Freemasonry – on the face of it nothing could be further apart: Wicca is a Goddess/God-centric Neo-Pagan mystery school, whose Rede is ‘An it harm none, do what ye Will’; while Freemasonry is a brotherhood/sisterhood and system of morality veiled in allegory, taught in a symbolic language, whose great principles are brotherly love, relief and truth. However, as we delve deeper, the level of influence of Freemasonry on Wicca becomes apparent. This is of social and anthropological significance, as Wicca perhaps is the only religion and mystery school that was born in Britain in the 20th Century, as well as exported to other countries.  It has been growing rapidly in the rest of the world ever since. Wicca is one of fastest growing religions in the UK and the US.  … Freemasonry is a worldwide phenomenon, with lodges in many countries; most countries have their own Grand Lodges. However, Freemasonry was banned in the Soviet Union during the Communist era and was banned in Nazi Germany. Modern day Freemasons remember the Freemasons persecuted by the Nazi regime, and others, by wearing a blue forget-me-not flower lapel pin (Figure: 1). According to Masonic myth, during the Nazi reign, some Freemasons in Germany wore the blue flower lapel pin as means of identifying each other. The first formal interdiction of Freemasonry in Germany took place in August 1935, and many Freemasons ended their lives in the concentration camps[1], despite all Freemasonry lodges reforming themselves to comply with the new German government, except one that dissolved itself rather than conform[2]. Freemasonry is still banned in most Arab and Islamic countries where it is deemed as a Western Imperialist organisation or a Zionist conspiracy: Freemasons have even been targeted by radical Islamic groups and terrorists. The Catholic Church between 1738 to 1974 ‘forbade Catholics to join the Freemasons or any similar organisation under pain of excommunication’[3]. The fact that both Wicca and Freemasonry are viewed suspiciously by many people is one of the elements that they have in common.”

“In the heart of both Freemasonry and Wicca, there is the spiritual quest and journey, as in many other mystery schools. Freemasons begin as a rough ashlar stone and eventually transform to a perfect cube. Its study of the seven liberal arts and sciences educates their initiates, transforming their mind to become a living Temple to the Great Architect while the seven graces provide them with the moral compass to walk through daily life. Wicca’s teaching is clearly stated in its Charge of the Goddess: “To thou who thinkest to seek Me, know that thy seeking and yearning shall avail thee not unless thou knowest the Mystery. If that which thou seekest thou findest not within thee, thou wilt never find it without. For behold, I have been with thee from the beginning; and I am that which is attained at the end of desire.” The same message is also given to all Master Masons in their 3rd-degree ceremony: an injunction to reflect on “that most interesting of all human studies, the knowledge of yourself.” In both, we can still hear down the centuries the echoes of Plato’s teachings and the Delphic maxim at the Temple of Apollo at Delphi: Know thyself.” (p 94)

I first really became aware of the Masonic influences in Wicca when I visited the United Grand Lodge of England in London. There is a wonderful museum and one can see notebooks and other books on display as well as jewellery, glass- and silverware. Some of the symbols used on the regalia are somehow familiar.

“Gerald Gardner’s link with Freemasonry goes back to his early life. When he was 25, he was initiated into Freemasonry in the 1900’s.”  Nabarz also notes that Frederic Lamond wrote in his book Fifty Years of Wicca, “Gerald had borrowed his initiation and circle opening ritual from Freemasonry and the Greater Key of Solomon to provide some atmosphere.”

Other Wiccan rituals are also based on Masonic texts as Nabarz illustrates with examples and comparisons such as this:

‘Merry Meet, Merry Part, Merry Meet Again’ – the Wiccan farewell
“Happy have we met, happy have we been, happy may we part, and happy meet again” – words spoken at the end of the second-degree Masonic initiation (p 81)

Highly recommended for those interested in the origin of Wiccan liturgy! 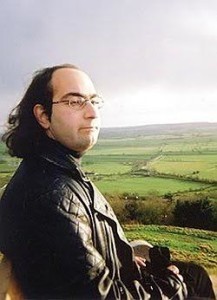 About the Author : Payam Nabarz is author of ‘The Mysteries of Mithras: The Pagan Belief That Shaped the Christian World’ (Inner Traditions, 2005), ‘The Persian Mar Nameh: The Zoroastrian Book of the Snake Omens & Calendar’ (Twin Serpents, 2006), and Divine Comedy of Neophyte Corax and Goddess Morrigan (Web of Wyrd Press, 2008). He is also the editor of Mithras Reader: An academic and religious journal of Greek, Roman, and Persian Studies. Volume 1 (2006), Volume 2 (2008), and Volume 3 (2010).  His latest books are Stellar Magic: A Practical Guide to Rites of the Moon, Planets, Stars and Constellations (Avalonia, 2009) and Seething Cauldron: Essays on Zoroastrianism, Sufism, Freemasonry, Wicca, Druidry, and Thelema (Web of Wyrd Press, 2010), and Anahita: Persian Goddess and Zoroastrian Yazata (Avalonia, 2013). Persian-born Payam Nabarz is a Sufi and a Dervish. He is a Druid in the Order of Bards, Ovates and Druids, and a co-founder of its Nemeton of the Stars Grove. Magi Nabarz is a revivalist of the Temple of Mithras, a Hierophant in the Fellowship of Isis, a Past Master in the Craft (Freemasonry) and a Companion in the Royal Arch.  He has also worked with the Golden Dawn system, Thelema, Nath Tantra, and Wicca.  He was the founder of Spirit of Peace, a charitable organisation dedicated to personal inner peace and world peace via interfaith dialogue between different spiritual paths.  His other interests include cycling and learning Yoga and Tai Chi.

Interestingly it is the very similar to the forget-me-not pin which is now used by (at least) Alzheimer Nederland.

"Morgana is Anglo/Dutch and lives in the Netherlands. She is a practising Gardnerian HPS. Over the years, she has facilitated a variety of Wiccan groups. She is co-editor of the international and bilingual "Wiccan Rede" magazine, which was launched in 1980 and is coordinator of Silver Circle, a Wiccan network in the Netherlands. As International Coordinator for PFI she travels extensively giving talks and workshops about Wicca and Paganism."
Bekijk alle berichten van Morgana →
Dit bericht is geplaatst in Boeken, English articles, Recensies met de tags Freemasonry, Gerald Gardner, masonic, Wicca. Bookmark de permalink.
We use cookies on our website to give you the most relevant experience by remembering your preferences and repeat visits. By clicking “Accept All”, you consent to the use of ALL the cookies. However, you may visit "Cookie Settings" to provide a controlled consent.
Cookie SettingsAccept All
Manage consent