Birth, and Death, and Initiation in the Craft in the 21st Century 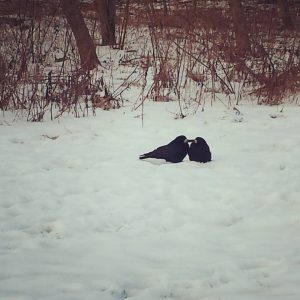 As the chilling temperature of the wintry, snowy, Polish landscape surrounds me, the reborn Sun seems to strive to make its way through the cloudy days.
Dotting the snowy picture, the pitch-black crows gather in small groups, from time to time flying to the lower branches of the surrounding trees.

It all seems to me like a very appropriate picture for this time of the year, and makes me think about a question someone raised the other day about Death Moon being the chosen name for the Full Moon that takes place after February Eve.

February Eve being the time of birth, this might seem like a contradiction. However, birth and death are closely entwined.

From the simplest, and the cyclical, perspective, one is the consecution of the other.

Birth is an exceptionally fragile event.

We come to this world naked, striving towards the light, being pushed by those who came to this world before us, trying to get our first breath, and still bound by the ties of our pre-life — the umbilical cord that once nurtured us and kept us alive.

Even after birth, it is not certain whether we will make it. And sometimes Death comes to cut down the newly born with its Scythe.

Those who make it will have the chance to grow and learn. There are those who were there before and will try to guide them. And even then, Death is immanent, for as the new life grows so does the old life wane.

This last concept was beautifully portrayed in the sixth episode of Call the Midwife’s second season, where a man takes his last breath giving advices to his newly born grandson. The last and the first birth of two life forms bound together — the continuation of the thread of life.

In the Craft, this process of Birth, and Death, and Birth again (or Re-birth), bound by Love, takes a particular significance — at least in its initiatory and mystery form.

Through the re-enactment of these events in a ritual form, we gain insight, and wisdom (one would hope!). Needless to say, no birth is exactly like the others, and so do rituals differ and provide different insight to different people, in different circumstances.

But, however the context, we can say without a shred of doubt that Initiation is not a superfluous event. 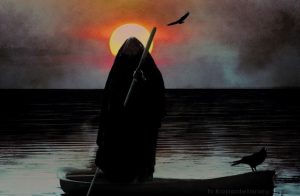 Initiation in the Craft is, also, a layered concept. When witnessing discussions on this topic (mainly online nowadays!) I have noticed that the focus often rests upon the personal and (let’s call it) ‘enlightening’ part — the deep, sudden, spiritual, transformation through enlightenment, or realisation.
The Initiation ‘by the Gods’.

Yet, this is but one of the layers of it. And often, its timing does not match the one of the other layers of the initiatory process. Sometimes it takes place before, other times afterwards, many times it takes place with no link to any other form of initiation, and most times, when there is another form of physical initiation involved, it does not occur just once. We keep crossing new thresholds and gaining new insights.

And so will the newborn cross those thresholds too.

Withal, it is the other layers that bind us to this particular path, in the same way that it is birth that ties the newborn to the family.

Initiation in the Craft creates a bond that binds the new witch to the group, and the Tradition (in which, the above-mentioned Initiation/s (with super capital I!) will most certainly take place, as they do for solo practitioners).
This is the ‘social’ layer of it. The most ‘physical’ one.

Another layer is the magical one — after the initiation, the witch is tuned in with different forces that play a role within the praxis of the stream of the Art.

This takes place on several levels of realisation, from the psychological to the astral ones.

The last of the main layers is, to me, that of Inspiration.

New initiates are literally inspired by the Breath of Life from their initiators — physically, socially, symbolically, and magically.

This first Breath adapts itself to the new witch and acquires particular qualities, like a perfume’s scent changes depending on who wears it. Like Mahler’s ‘passing of fire’, it creates an invisible thread that connect one witch to the previous and the next.

The same invisible thread which connected that grandfather to his grandson.

The OA: osmosis and passing on the Tradition

The process mentioned above can only take place through first-hand experience. And this seems to be one of the most controversial points in many (again, mostly online) discussions.

Moreover, this is, very unfortunately, mistaken for some kind of elitism or dismissal.

While watching Netflix’s new series, The OA, (I strongly recommend it, by the way!) I realised how they portrayed this very same principle through the episodes. The main character needs to make a group of individuals believe in something quite preposterous. 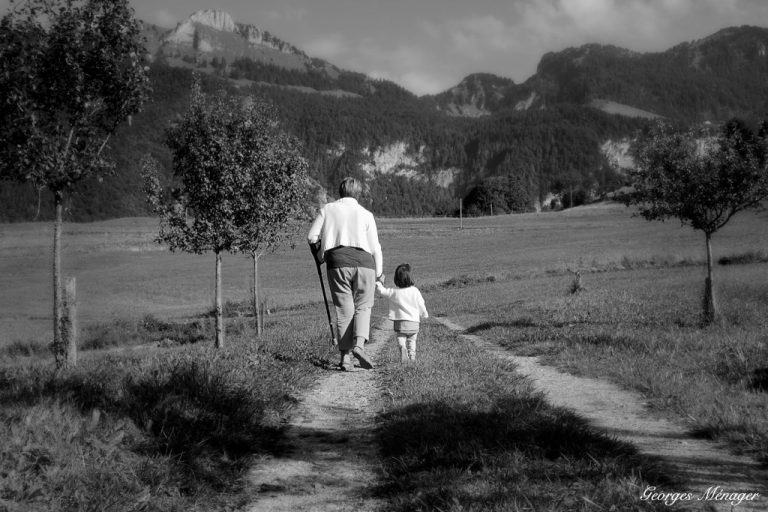 It is only by guiding them through the story, and making them participants of it, letting them live it and become part of it, that she gets them to devoutly believe in it.

Had she attempted to share it right away, she would have been simply ignored. The experience itself would have appeared to be meaningless for those who have not undergone through it. Pearls and pigs!

Osmosis is not just a nice word. And the need to undergo certain processes is not a mere requirement, rule or dogma. It is simply the way in which the process work and triggers the transformation — and the inability to extrapolate it to other forms.

Even within the same stream and group, the initiator can ‘only’ aim to inspire those who come after, and guide them. And I say ‘only’ because, as simple as this might seem, it is at the same time essential for the process to take place. Until the newcomer starts inspiring others — the thread of inspiration is then enhanced and continues.

As times goes on and the world around us changes, this process has often been labelled as superfluous, out-dated and, again, a way to perpetuate some sort of elitism.
To the latter, I only have to say that those loud individuals, who shove it in such a way, would do it with or without these processes. Taking a spiritual process as a qualitative factor says more about the life of that person, than about those who have not gone through it.

But to the former, I shall give some consideration, for I am always the first one to advocate for change and coherence.

The Craft and Initiation in the 21st Century

For the last decades, and especially with the advent of Internet, the Craft has taken different shapes and forms which, many times, have little or no resemblance with its original one. This is particularly true to the streams inspired by Gardnerian Craft, or the Craft of The Wica, which are now commonly known as Wicca.

We now have online wicca schools, and courses, and astral initiations, or initiation-less forms of it. Streams and groups that are more focused on a pastoral work than magical one — reflecting the needs of a society that strives for human connection.

Labelled as a bastardisation or distortion by some, and as ‘evolution’ by others, the truth is ‘Wicca’ has become an umbrella-term to label an entire social-spiritual movement, rather than a specific religion (even though it can be used as such for communication ease’s sake!).

My feeling is that it is neither of them. They are two completely different paths that have travelled in parallel at many points (together with other groups under the ‘Contemporary Paganism’ umbrella, such as Druidism). One of them found inspiration in publications that arose from the other, and evolved from there, finding new sources of inspiration and developing in a myriad of streams.

In this context, traditional forms of the Craft are often regarded as stagnant, or irrelevant in the best-case scenario.

But, is this really so? Has the meaning of Birth and Death become obsolete with the passing of time? Is the thread of inspiration a burden from the past more than a golden thread that we pull towards the future?
And I ask these questions not from a qualitative point of view, in which a path becomes ‘better’ than the other. I am living on my own, and most of my colleagues prefer to share a flat to avoid loneliness. ‘Better’ is such an empty word when it comes to personal choices. And, considering this, the above become, unequivocally, rhetoric questions. 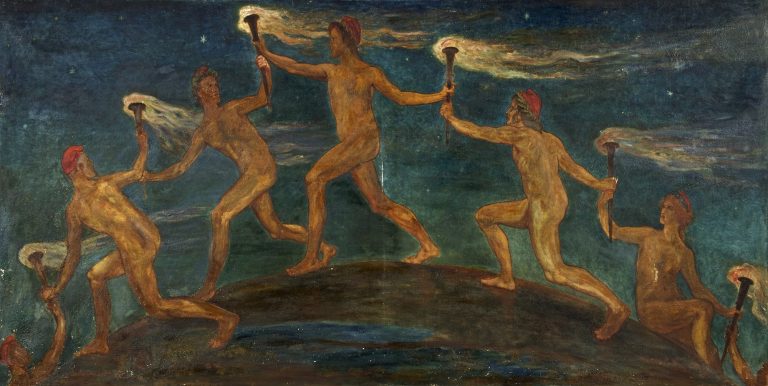 And any prophesy about the doom of the traditional forms of the Craft, meaningless.
It will go on as far as it has to.
And as long as those who pass it on decide to.

And even after the passing of time, and climate change, the crows keep coming here.
Dotting the snowy landscape.

A Gardnerian witch from the Basque Country, still figuring out things, most of them. I am also webmaster for the AdRosam site, a website of resources in Spanish for Gardnerian Seekers. I am also on Twitter and Tumblr.
Bekijk alle berichten van Alder →
Dit bericht is geplaatst in English articles met de tags birth, Craft, death, Imbolc, initiation, Wicca, witchcraft. Bookmark de permalink.

4 reacties op Birth, and Death, and Initiation in the Craft in the 21st Century