Microaggressions and the Youth in the Craft

Realisation is a very particular process; it has the ability to switch our perception, our point of view or even our ideals. When it happens, our consciousness is changed forever. Once we have become aware of something, we can’t stop seeing it everywhere, every time. This is especially true to situations or contexts in which we become aware of social injustices or something that simply doesn’t feel right.

It was last November, during a meeting in Paris with my peer young interfaith leaders, when I became aware of concepts like microagression, tokenism, or adultism; and more importantly, how relevant they are in youth discrimination.

For those who are unfamiliar with the term, microaggression is a form of aggression that is considered ‘politically acceptable’. We experience them everyday, everywhere – telling women how pretty they look, that time when you tell a gay person that you have ‘gay friends’ and they’re super fun, when you tell a black person that you don’t see them differently, and a long etc.

The problem with microaggressions is that they are so embedded in the fabric of our daily interactions that they become an intrinsic part of our culture. They are the remains of what had been bigger forms of discrimination in the past (discrimination against women, racism, xenophobia, homophobia…).

Amongst these, youth discrimination is probably the most overlooked one. The reason for this is is that adultism is the mainstream view in our society. In his book Ending Discrimination Against Young People, Adam Fletcher describes Adultism as a ‘bias towards adults, dismissing people not identified as adults, e.g. children and youth. In turn, adults dismiss young people, promote discrimination against children and youth, and bias towards adults; also the addiction to the attitudes, ideas, beliefs and actions of adults’.[1] While adultism can be seen as something necessary in certain situation, the systematic abuse of it is the main source of today’s youth discrimination.

While the above is true for society in general, Paganism has a particular approach to age. Contrary to many of today’s western societies, our communities values the role of elderly people and puts a great emphasis on intergenerational dialogue – elders not only have an active role, but are also leaders of the communities.

An explanation for this may be found in the fact that, while Paganism is widely inspired in older religious forms, many of its traditions and paths are quite modern. Hutton, in his Triumph of the Moon, makes reference to the human tendency to seek validation:

‘Why did these societies find it so important to believe (or at least to assert) that they descended directly from the ancient past? One answer is a truism, that virtually all humans, at all times, have turned to the past to legitimise and authenticate the present.’[2]

The clear absence of a recent historic past, makes us value our elders – specially those who are still alive.

Another reason may have its source in the non-dogmatic and de-centralised character of most paths in contemporary Paganism. With the absence of a central authority, people turn to the elderly members of the community to guide, lead and advise them. 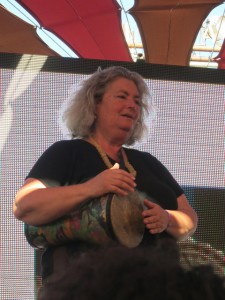 The years of practise seems to be quite relevant as well. People use it generally to indicate a more ‘advanced’ knowledge in a specific path. It’s very frequent to find some Pagan practitioners asking others how many years have they been practising, or using the number to assert their arguments in online discussions.

Although this is an excellent improvement from the gerontophobia and dismissing of elderly people in general society (because, yes, there is discrimination against elderly people too, although my focus on this article is on youth discrimination), this emphasizes the equality gap for young Pagan practitioners.

If we look closely to our pagan organisations, groups or projects, we will soon realise that young pagans have few or no leading roles in them. Or, what it is worse: their involvement is reduced to a tokenistic one. Most of the names quoted in pagan news media sites are from elderly people or so-called ‘Big Name Pagans’; and it would seem that only 40+ people practised Paganism.

The Youth and the Craft

Wicca is far from being alien to these forms of discrimination. Its degree system, coven organisation and initiatory character, make of it the perfect place for discrimination to grow and flourish.

In the Raven Grimassi’s Encyclopaedia of Wicca and Witchcraft, Merlin and Morgana Sythove say about the degrees in Gardnerian Wicca:

‘These traditional three degrees are not ways to divide and conquer, nor ways to create artificial boundaries between initiates […] The degrees are not exams one needs to pass, and one does not have the right to a next degree after a year and a day. All these interpretations have more to do with the pyramidal power-structure of the corporate world than that they reflect the circular friendship and support atmosphere of a Coven […] The three degrees reflect stages of development. They are processes one experiences that should lead to new insights, reflecting spiritual development within a Craft framework […]…the degrees are not badges of rank but reflections of inner growth, and as such they are not something you flaunt to the outside world either.’[3]

While this is the way I was taught, my experience in the broader community has been quite different. 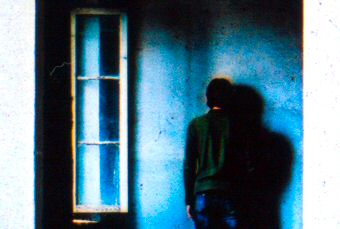 The above are just examples, and many of them are based on very particular cases. However, these forms of discrimination do exist as microagressions in more subtle contexts. Every time third degrees resort to their degree in a discussion with a lower degree, they are engaging in discrimination.

One could argue that if the person truly believes to be ‘right’, he/she should use that certainty and the experience behind the degree to engage in further discussion. Moreover, the person should be glad to be challenged (of course, we are assuming that all this takes places in a polite manner).

The irony of all this, is that the degrees were never meant to work as a hierarchy. One of the first things that new initiates are told is to be humble. Being humble, opening up to others and transmitting our ‘power’ are principles embedded both in the first and the second degree.

Yet, many times, young people (even with their careers, their bills, mortgages, and families) are treated as less-than-adults based on their experience in this specific spiritual path. It doesn’t seem to matter whether they are right in their arguments or not, whether they hold leading roles in other aspects of their lives, or whether there are challenging/discussing topics that need to be addressed.

Taking part in these forms of microagression means becoming another link of the long chain that perpetuates youth discrimination. Those who have been subject to it will most likely impose it onto others. It takes a lot of courage and will to break the chain.

Every time a younger person (or a person with a lower degree) challenges us our ‘authority’, we will still feel unsettled and think ‘How dares she/he?’. But if we hold on there for a minute, and ask ourselves why are we reacting that way, and even if we are entitled to question that person’s right to challenge our arguments, we may find that it gets easier with time.

We may find that the person actually had a point; and thus, engage in true dialogue. This, to me, is essential both inside the coven and the general community as a whole.

A lot has been said about the so-called ‘seconddegreeitis’, but most of the times the reason behind it remains uncertain. While it may have a lot to do with the initiatory process, it seems clear to me that it’s based on a very basic law. If we pin down and order younger people around based on our ‘authority’ and this is portrayed as ‘acceptable’ by society, they will most likely perpetuate this attitude. The same action-reaction effect is to be expected inside the Craft.

If the Craft is about empowering ourselves and our coveners; if we seek to guide the new Witches (or even postulants!) in their spiritual path inside the Craft, we have been doing a great disservice allowing this kind of behaviour — and it has to end with us.

What can we do?

Become an ally. Try to become truly aware of the full scope of youth discrimination, not just inside the Craft, but also throughout society. I STRONGLY recommend you to read Ending Discrimination Against Young People, by Adam Fletcher. It’s poorly edited, and a bit redundant, but it’s a must-have book for anyone engaging with young people in any aspect of their lives.

Meditate on your own behaviour. As I said earlier, sometimes it’s hard to admit that we discriminate on a daily basis. Try to push those boundaries.

Encourage youth to assume equal leading roles. Some may ask if emphasising this wouldn’t be a form of favouritism. But it isn’t. You won’t restore balance pushing the centre of the scale; you need to push the opposite side — gently. Many covens have different initiates leading the ritual each Sabbat, for example. Divide roles based on individual skills.

There are a lot of ways in which you will be able to make a change. And all of them will pay off.

Needless to say, there will always be decisions that have to be made by the leading HPS/HP of the coven, and matters that will only be relevant for the elders of the coven (i.e. training). However, that’s far from the current systematic microaggression.

I am sure that, at this point, many people will find a myriad of reasons to excuse this kind of behaviour. There are certainly a lot of them. They mainly serve to excuse our behaviour. I (even being a young person myself) did find a lot of them when I meditated on my behaviour towards younger people. Lots of ‘They are still very young’, or ‘They don’t fully understand it yet’, or ‘I am guiding them’… but the truth is, eventually, they stop working.

And, at that moment, we get one step closer to ending discrimination.

Pictures by Wolfgang Sterneck and Max Boschini under CreativeCommons

A Gardnerian witch from the Basque Country, still figuring out things, most of them. I am also webmaster for the AdRosam site, a website of resources in Spanish for Gardnerian Seekers. I am also on Twitter and Tumblr.
Bekijk alle berichten van Alder →
Dit bericht is geplaatst in English articles met de tags discrimination, Wicca, youth. Bookmark de permalink.