Review: The Wizard and the Fairy Princess 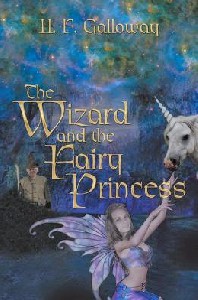 On the back cover of this book we read: “A human is accidently transported back to an enchanted world where fairies live, and he begins to acquire magical powers, eventually becoming a wizard. At the same time, a fairy egg is hatched using a special technique by unicorns. They take the newborn with them, raising her to be a humble lady and a fierce warrior. The Lady of the Lake brings them together to challenge the evil witch queen and her minions.”

And indeed it is a classic battle we read of in fairy-tales with the ‘evil witch queen’. There is nothing wrong in using classical themes. However I think it could have been more interesting.

Despite this it is a nice book for young teenagers (12-15) or for parents to read to younger children (10+).

"Morgana is Anglo/Dutch and lives in the Netherlands. She is a practising Gardnerian HPS. Over the years, she has facilitated a variety of Wiccan groups. She is co-editor of the international and bilingual "Wiccan Rede" magazine, which was launched in 1980 and is coordinator of Silver Circle, a Wiccan network in the Netherlands. As International Coordinator for PFI she travels extensively giving talks and workshops about Wicca and Paganism."
Bekijk alle berichten van Morgana →
Dit bericht is geplaatst in Boeken, English articles met de tags storybook. Bookmark de permalink.