Many years ago (37 to be exact!) I made the journey from Ankara to Samsun. Little did I realise then how important Anatolian history and culture would influence me later. And how fascinated I would be by the Hittites. I only realised now that I passed Hattuşa (modern day Boğazköy) by 30 kms back in 1977  🙂

Who are the Hittites?

It is widely acknowledged that the Hittites migrated to Anatolia probably from the area round the Caspian Sea about 2000 BC. There was already a flourishing, highly developed civilisation in existence in the region that would later become the core of the Hittite kingdom.

“City principalities had been established and the country was governed according to a feudal system. Anatolian civilisation at that time was characterised by a high level of craftsmanship in metals of all kinds.” (1)

Evidence of this craftsmanship can be seen even today. Here are some of the bronze statuettes I saw at the Museum of Anatolian Civilisations. 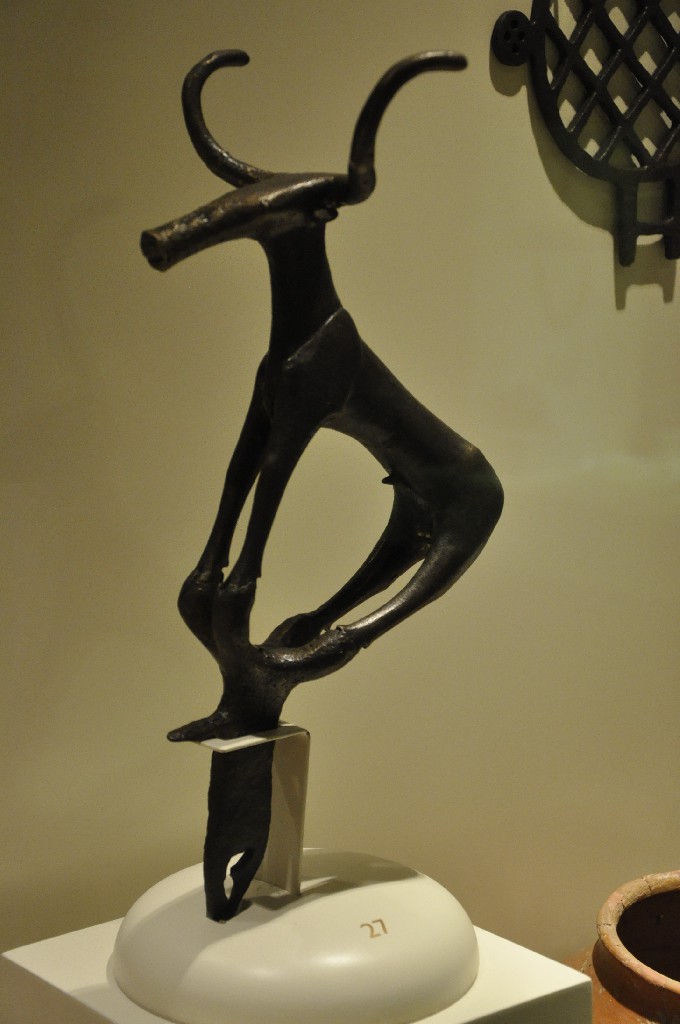 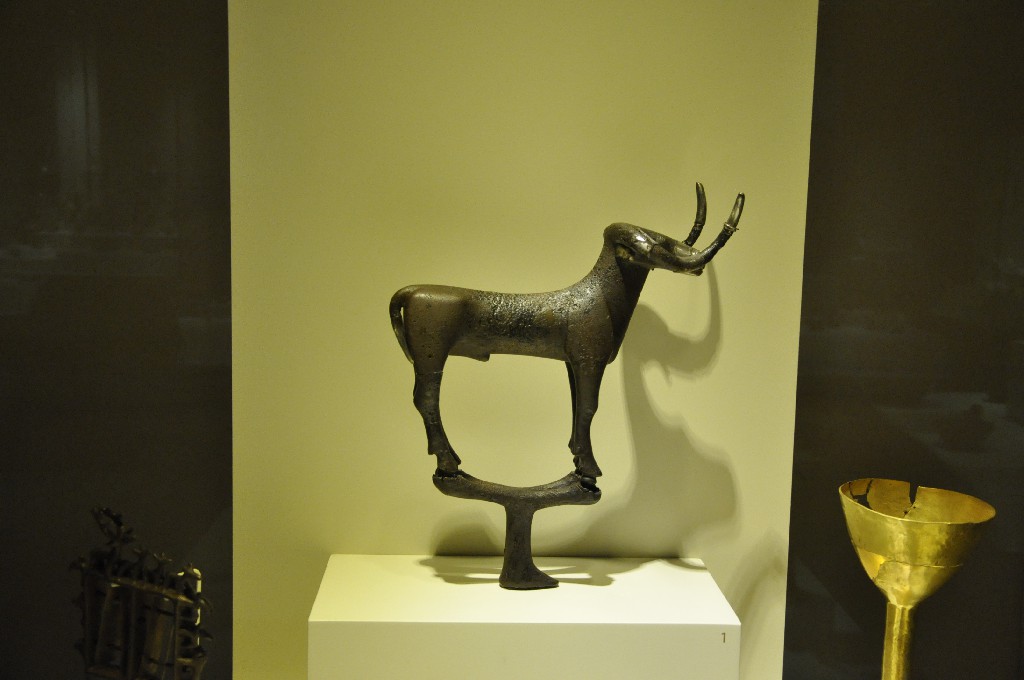 “There is evidence from other finds that statuettes of bulls and stags were cult objects representing deities. It is thought that the cults associated with these animals that formed an important part of later religious beliefs started in the Early Bronze Age. This statuette must have been carried as a standard in religious processions”) (2) 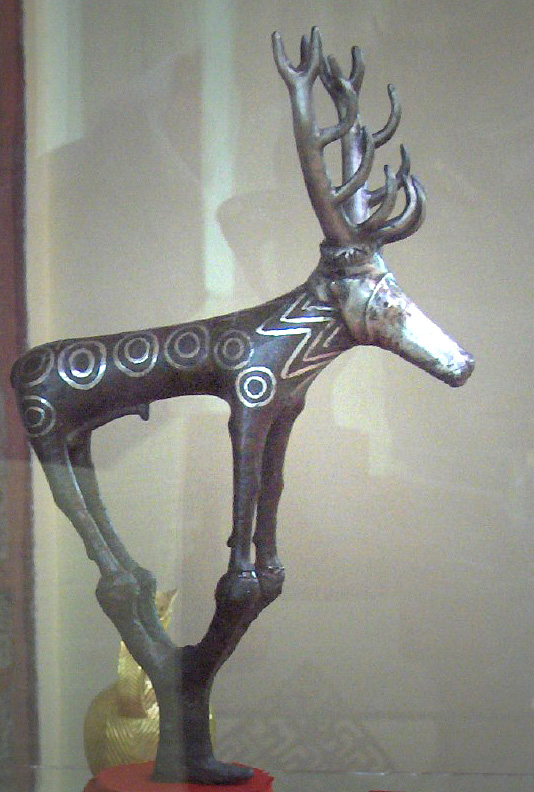 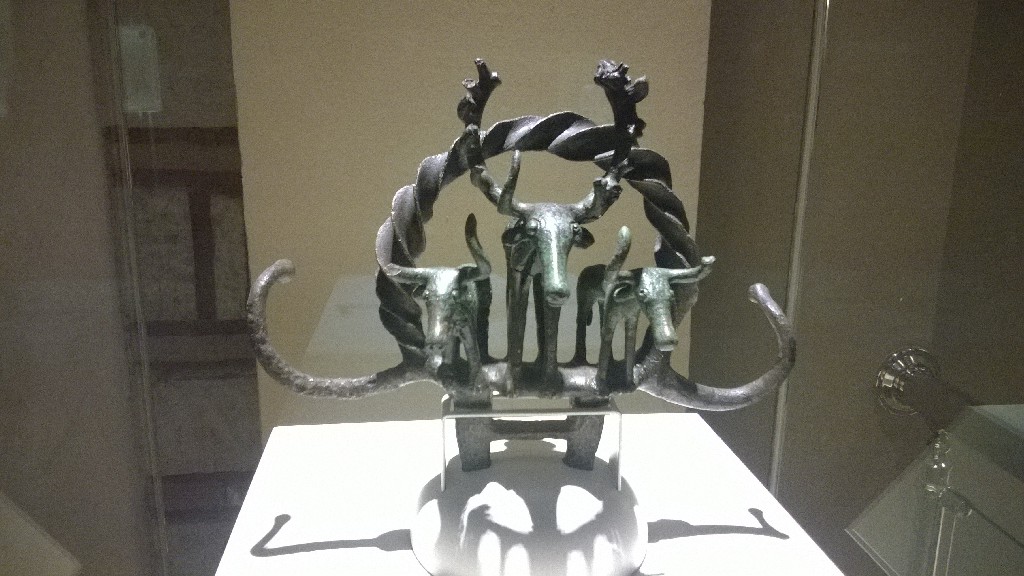 (Ceremonial standard, bronze, Alacahöyük, 2500 BC.  Museum of Anatolian Civilisation, Ankara. “Such ritual objects frequently depict a sun disk flanked by bull’s horns, although they come in many different designs. They are often found as grave gifts in the tombs of important people who were clearly buried with much pomp and ceremony. This standard was made by casting and beating.”) (3) 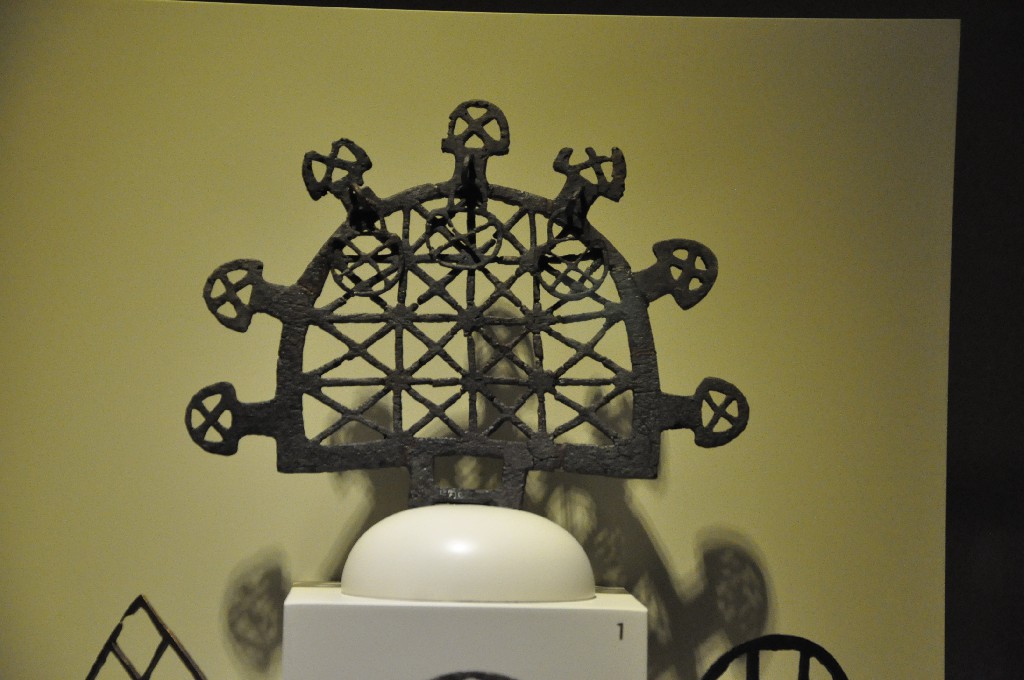 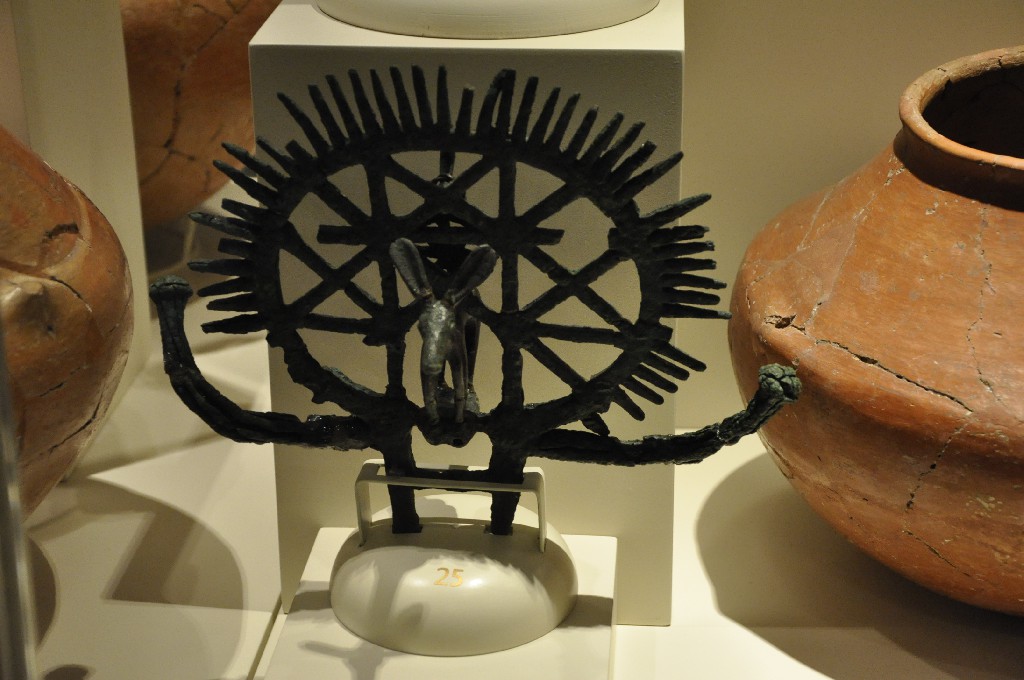 Figurines in silver and gold, elektron, have also been found. 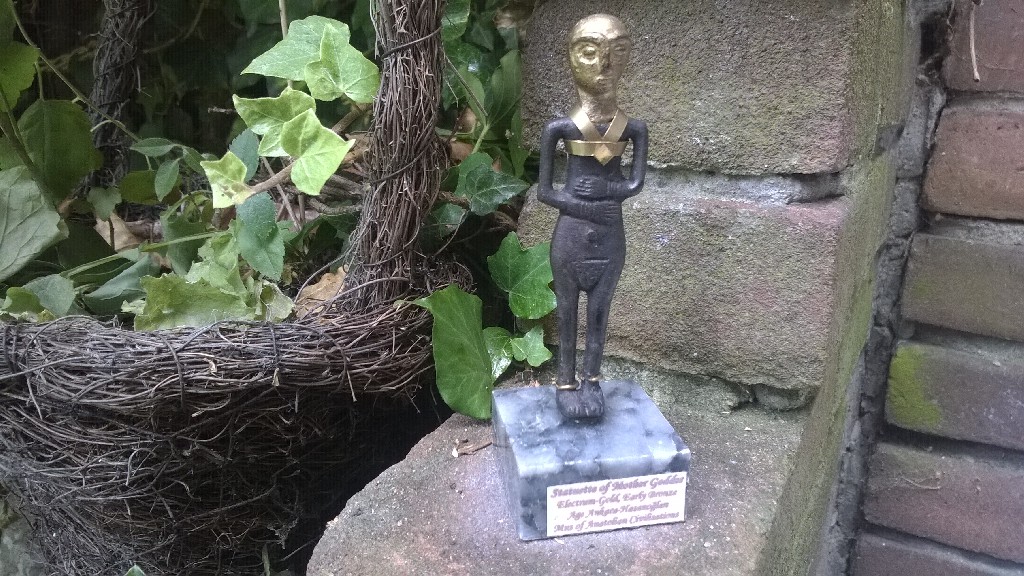 (Statuette of a woman (idol) silver and gold Hasanoğlan, stray find, end of the 3rd millennium BC. Copy, own collection. Original in the Museum of Anatolian Civilisations.)

“Stylised female figurines representing the Mother Goddess were made of precious metal, stone and clay in the Early Bronze Age. Similar diagonal straps are found on statuettes of the Anatolian Mother Goddess and so must be regarded as a significant part of her attire.” (4) 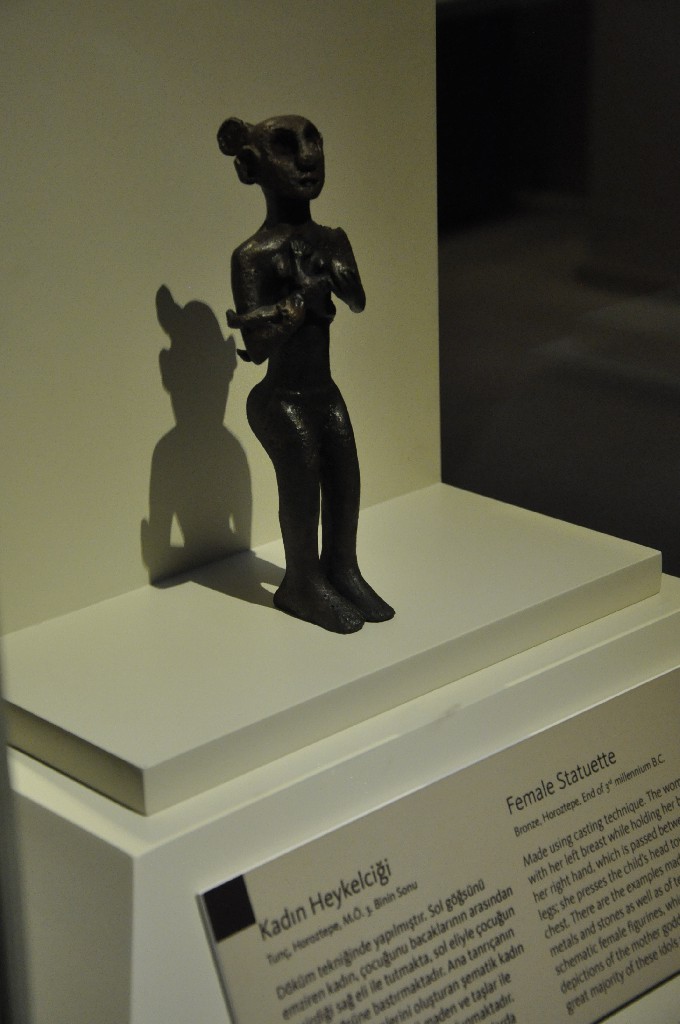 (Statuette of a woman nursing a child, bronze, Horoztepe, end of the 3rd millennium, Museum of Anatolian Civilisations)

“The Alacahöyük and Horoztepe tombs belong to the Kings of Hatti, the people who lived there at that time. The civilisation and art are, therefore, known by that name. Finds from these sites include bronze figurines of bulls and deer; similar figurines decorated with a coating of electron; solar discs on which the sun and rays are worked together; statuettes of bulls and deer surrounded by a solar disc; and other discs decorated with bull’s horns. There are also small female statues symbolising fertility and motherhood, such as the statues from Horoztepe of a woman nursing her child, a small statuette from Hasanoğlan made of bronze, the head of which is gold and is plated with electron. All of these objects are clearly associated with religious practices. Certain deities and divine symbols are first seen in the Early Bronze Age. For example the motif of an eagle perched on a sistrum became very popular in the latter part of the period. These are precursors of the solar discs, deer and bull cults and mother goddess statuettes found in the Assyrian Trade Colonies and Hittite periods.” (5)

There is also evidence of terracotta and alabaster figurines and pottery. Also the tombs found at Alacahöyük attest to a high degree of civilisation.

“The rich tombs discovered there are rectangular in shape, surrounded by stone walls and roofed with wooden beams. The skeletons are usually in the ‘hocker’ position, with the  knees drawn up to the stomach, and lie in the middle of the room together with grave goods. Soil was placed on top of these wooden beams and plastered to make a flat roof, forming a house for the dead.” (7)

“Ceramic vessels were also found in the tombs. In addition there are weapons made of bronze and gold, ritual solar discs, figurines of deer and bulls, goddess statuettes and sistra.” (8) 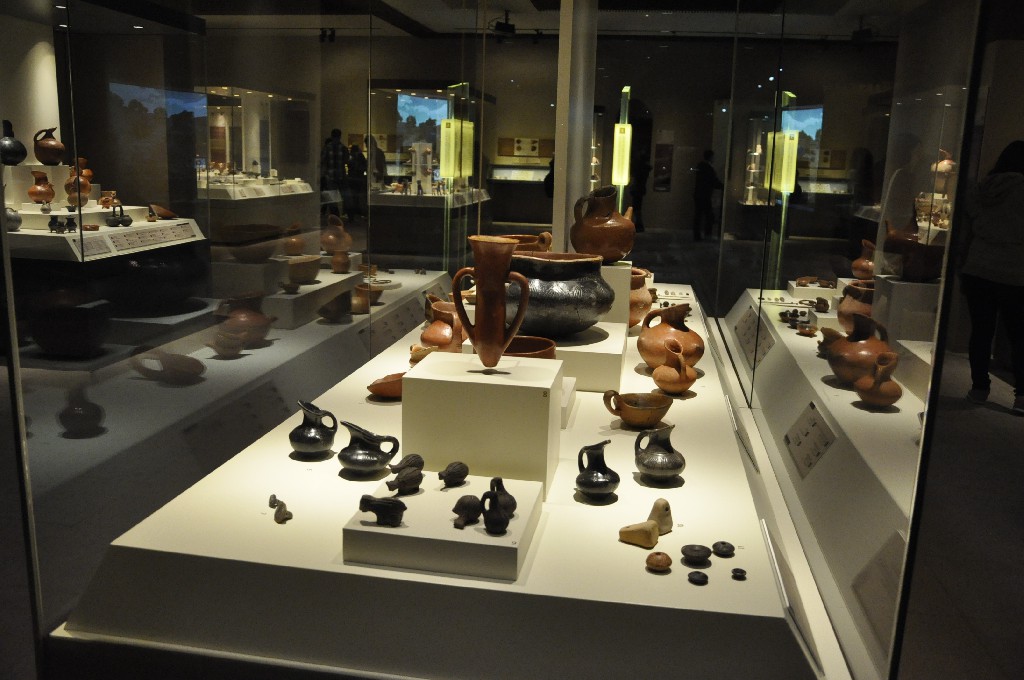 So by the 2nd millennium BC we can see that Central Anatolia was highly civilised. There is also evidence that there was a connection with the area round Troy not to mention the finds at Çatal Höyük.

The 2nd millennium also marks the beginning of written history and the middle Bronze Age.

“In 1960 BC the Old Assyrian State which was located in northern Mesopotamia established a sophisticated trading system with Anatolia. In this period Anatolia was split up into a number of feudal states, mostly governed by the Hattians… The Assyrian merchants introduced into Anatolia their language, the cuneiform script and the use of cylinder seals… These records were kept on rectangular clay tablets written with a specially shaped stylus using the cuneiform script in the language of Old Assyria…

During the Colony period pottery was commonly produced on the potter’s wheel, written history had begun and the Hittites appeared in Anatolia for the first time. The name of the king of Kanis, Anitta, is known from a cuneiform inscription on a bronze dagger. “ (9) 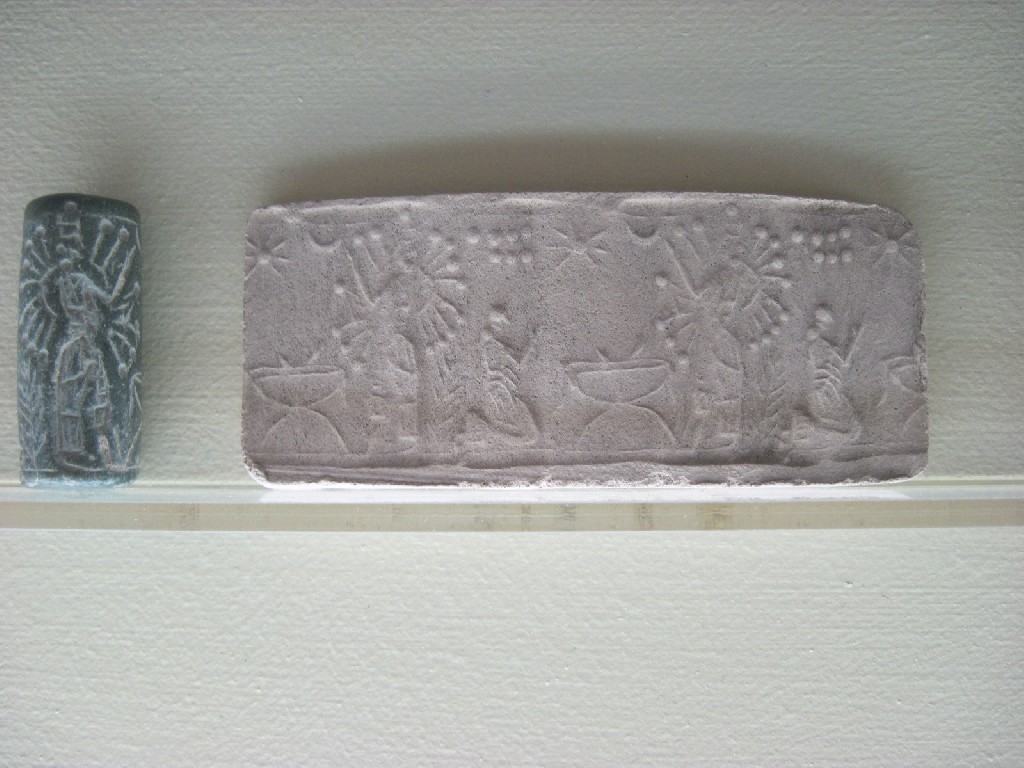 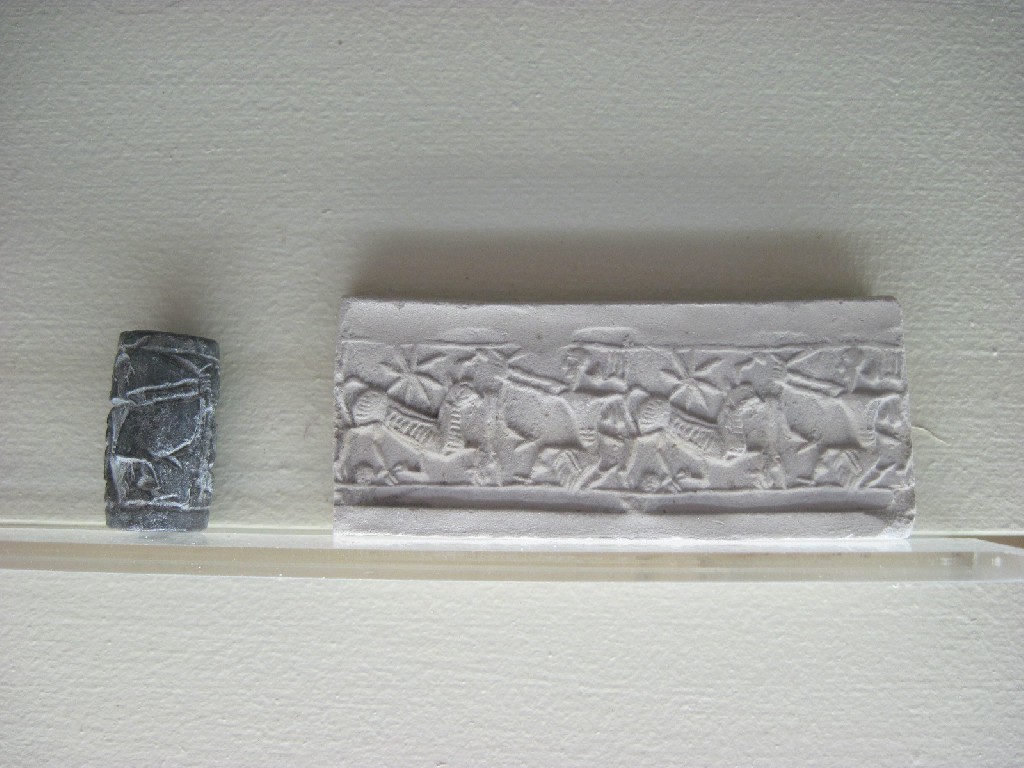 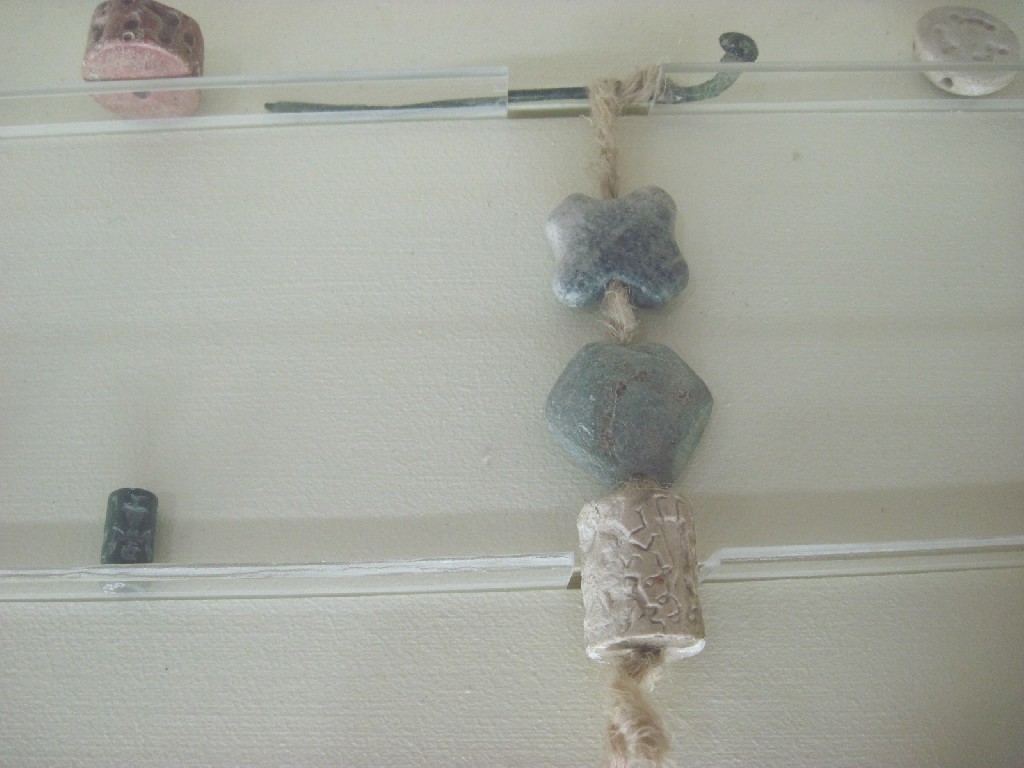 (An example of how the cylinder seals were carried using a metal pin. Archaeological Museum, Istanbul, Morgana 2011)

“Around 5000 BC, the region centered in Hattuşa, that would later become the core of the Hittite kingdom, was inhabited by people with a distinct culture who spoke a non-Indo-European language. The name “Hattic” is used by Anatolianists to distinguish this language from the Indo-European Hittite language that appeared on the scene at the beginning of the 2nd millennium BC and became the administrative language of the Hittite kingdom over the next six or seven centuries.

The early Hittites, whose prior whereabouts are unknown, borrowed heavily from the pre-existing Hattian and Hurrian cultures, and also from that of the Assyrian colonisers—in particular, the cuneiform writing and the use of cylindrical seals.

Since Hattic continued to be used in the Hittite kingdom for religious purposes, and there is substantial continuity between the two cultures, it is not known whether the Hattic speakers—the Hattians—were displaced by the speakers of Hittite, were absorbed by them, or just adopted their language.

The dominant inhabitants in central Anatolia at the time were Hurrians and Hattians who spoke non-Indo-European languages (some have argued that Hattic was a Northwest Caucasian language, but its affiliation remains uncertain). For several centuries there were separate Hittite groups, usually centered on various cities. But then strong rulers with their center in Boğazköy succeeded in bringing these together and conquering large parts of central Anatolia to establish the Hittite kingdom.” (10)

In part 2 I will be looking at the Hittite capital of Hattuşa in greater detail. From Ankara where we visited the Museum for Anatolian Civilisations and also the Mausoleum of Ataturk it was a journey of approximately 200 kms to Boğazköy. On the road to Çorum and Samsun. 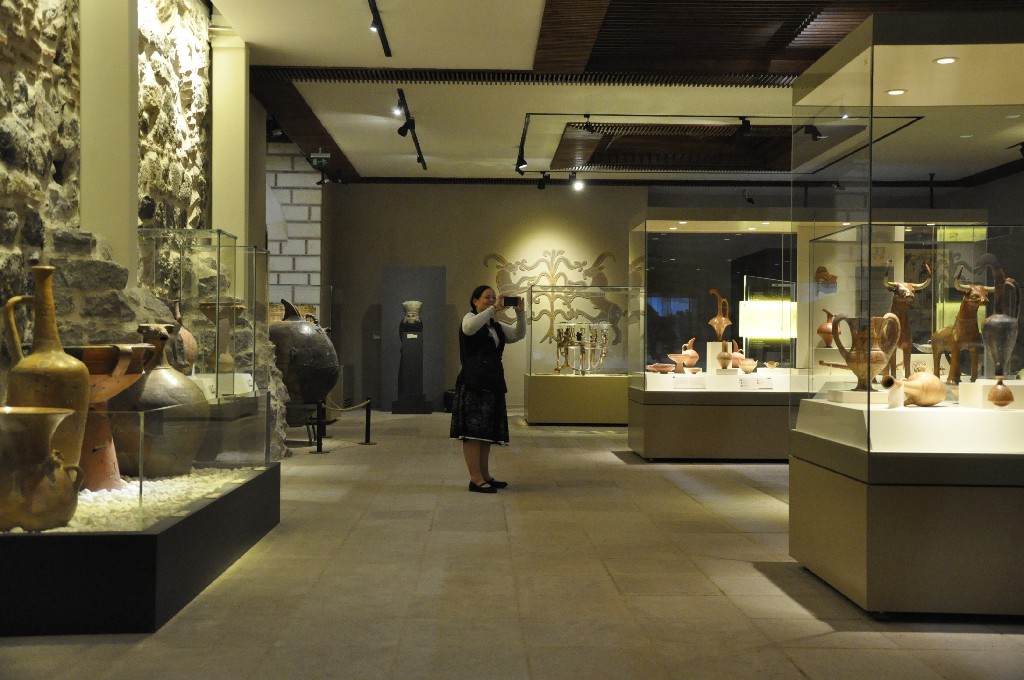 "Morgana is Anglo/Dutch and lives in the Netherlands. She is a practising Gardnerian HPS. Over the years, she has facilitated a variety of Wiccan groups. She is co-editor of the international and bilingual "Wiccan Rede" magazine, which was launched in 1980 and is coordinator of Silver Circle, a Wiccan network in the Netherlands. As International Coordinator for PFI she travels extensively giving talks and workshops about Wicca and Paganism."
Bekijk alle berichten van Morgana →
Dit bericht is geplaatst in English articles met de tags Anatolia, Assyria, cuneiform, cylinder seals, Hittites. Bookmark de permalink.