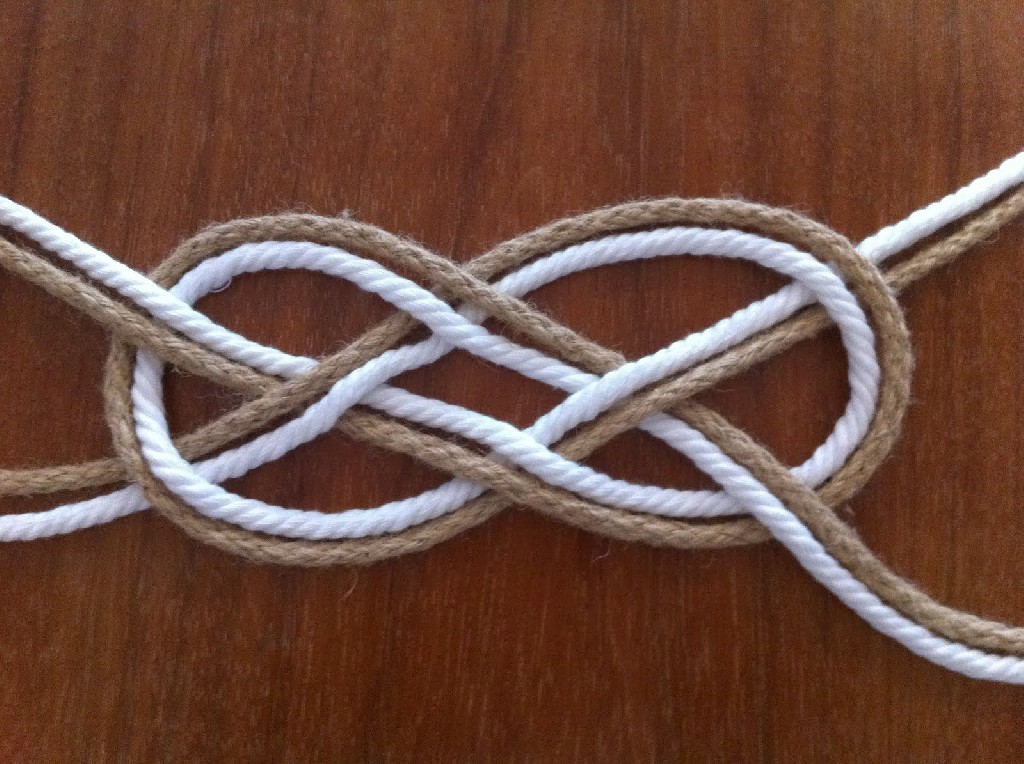 Perhaps the cord mimics one of the fundamental principles in nature, that all things are tied together in some way, woven into the vast fabric of all things. Being so basic, cord magick has many forms used in mundane life, whether or not people know they are doing it. Ever tie a ribbon around your suitcase before boarding a plane? What mother does not subconsciously add a spell of protection when tying her child’s shoes? A simple neck tie is a perfect example. A man (or woman) dresses for work (or any event special enough that it warrants classy attire). He selects the right color for the event, and ties a knot around his own throat! Depending on his profession, this ritual might be repeated day after day, decade after decade, thus gaining the power of repetition.

Notice how the word ‘tide’ sounds a lot like the word ‘tied’. The most popular use of fancy knots occurred with sailors, who not only wished to secure their boats, but also heavily employed magick as a form of protection, or to stimulate the winds. Remember that navigating the high seas centuries ago was not a casual act like we have today. The vast oceans, currents and winds were all viewed as mystical things, full of fable and folklore – so, magick and superstition were an everyday part of the sea journey!

Similar to how we charge any other object, knots are a basic device that stores energy, like little Eveready Batteries that contains your intent. Sailors would tie knots in cords to summon winds, untying them when winds were needed. While distance is measured in miles, and liquid is measured in gallons – the speed of wind is measured in ‘knots’. (So, to summon a 10-knot wind, how much magick would you need to do?) During rough seas sailors created ‘the human chain’ where they interlocked arms so that no one gets tossed overboard as the boat rocked and waves rushed over the bow. What better cord than your own arms? Perhaps we emulate cord magick every time we cross our fingers with magickal intent, or intertwine our fingers to gently hold someone’s hand, or wrap together tightly in a Lovers Embrace.

Even today, the act of gathering and storing information – called reCORDing – is done so that which is stored can be accessed when needed later. Not that far off from how sailors used knots…

But not all cords are knotted. Cords also vibrate. The music of a guitar, piano or any stringed instrument is a form of cord magick, including the most powerful of all stringed instruments – the human vocal cords! Our own voice – and all the words we whisper or shout, sing, chant or pray are all cord magick!

As a magickal tool, we can carve a candle or etch an amulet, but those are single-use items.  (Unless you can re-forge metal, once you engrave something, it stays engraved.)  But the cord is flexible!  It can be bent, tangled or twisted anyway we desire – and then revert back to its previous shape, to be twisted differently the next time, again and again.  Cords are almost liquid!

An early form, if not the very first form, of cord magick was the three-way braiding of hair, called Tresses. Imagine the power within a magickal tool that grows from your own body? Today, we use the word ‘lock’ to mean a device used to protect something or to securely bind it – but the word also refers to a lock of hair. An interesting coincidence!

The word ‘tress’ shows holds a subtle lesson that cord magick is connected with the number three. In music, three or more simultaneous notes played together is called a ‘chord’. Even the word ‘thread’ is also reminiscent of the number three, a magickal number indeed!

Another word for cord is ‘line’ (not far from linen). Latin words for Line, Son and Daughter are all related, recognizing the linear nature of family and the connections between generations. The word religion means ‘to reconnect’ where ‘lig’ means connection – as in ligament (and also the same root of the word ‘Link’).

Knots are multicultural. Mohamed was cursed by a knot; Arabs have no knots in their clothes as they enter Mecca. Celtic knots with no beginning or end were considered symbols of eternity. Romans took solemn oaths by tying knots, which is likely the root of handfastings done with a wedding vow. Even today the act of ‘giving your hand’ in marriage is nicknamed as ‘tying the knot’. Knots were untied at home to induce a woman’s labor. Even Mother Nature uses cord magick, via the umbilical cord (which the doctor or midwife knots at birth) and which connects to our navel – bringing us right back to Navy sailors on naval ships! Not a coincidence (or should I say ‘knot’ a coincidence?)

The magician can choose cord colors to match the spell’s intent, similar to the way we chose colored candles or stones. Like different types of wands might employ different woods to match its intent, cords can be made of specific types of material too. Like dressing a candle, why not prepare your cord with oils, incense and salted water. Note that while the water evaporates, the salt will remain within the fiber of your cords. You can also insert twigs of certain woods or plants, slips of paper with words, or just about anything into the middle of your knots to symbolize your intent, or to add to the mix of energies you employ. 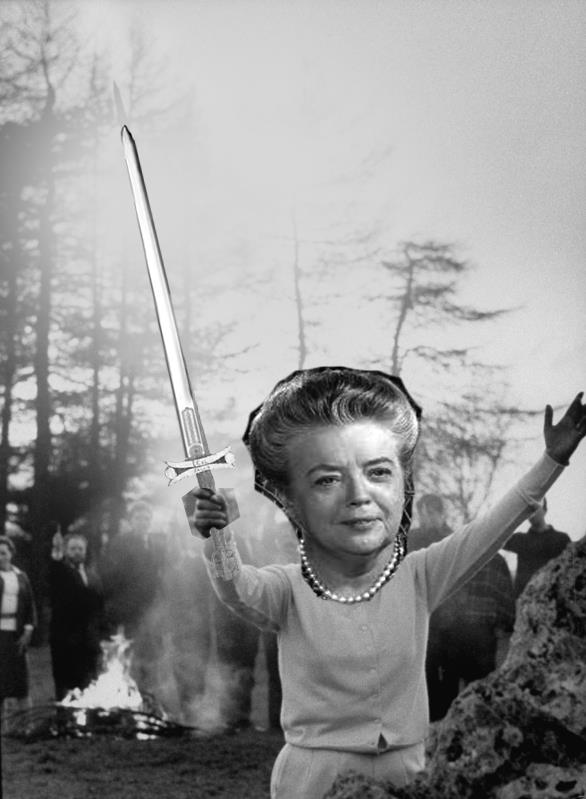 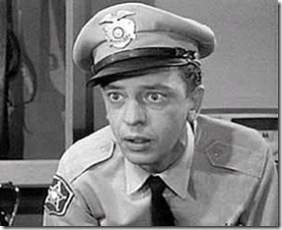 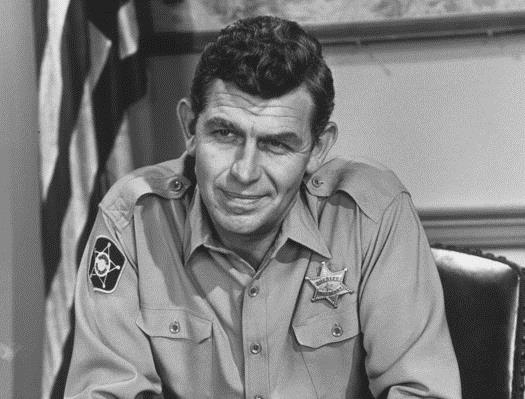 America’s Appalachia is also full of magick – I can neither confirm or deny, but in the famous Mayberry Coven, Aunt Bea was clearly HPS, Andy was the HP – but the Deputy was played by Don Knots!

Much of the Craft mimics Nature through magickal analogy: Perhaps cords are an analogy to the interwoven fabric that connects all things in the universe – past, present and future.  So if a simple piece of twine can teach us about all that, what other magickal analogies are just waiting to be discovered in the simplest everyday objects?