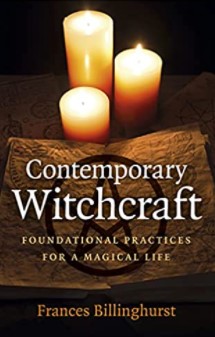 I have known Frances for many years, albeit as email/pen-pals. In recent years the contact has been via Facebook. She lives in Australia and is an initiated witch in the Alexandrian Tradition. Contemporary Witchcraft is her latest book.

One does not have to be initiated to worship the Gods, but I agree with Frances when she writes, “When I teach, I like to provide students with a foundation upon which they can build their craft. This is what I feel is missing in a lot of modern books that seem to go straight to spells. While you do not need to cast a circle and honour the Gods in order to create spells and perform magick, if you wish to embrace contemporary witchcraft as your spiritual path though, then these practices are important.”

The first part of her book is a collection of essays concerned with the ‘foundational philosophies’ including a brief history of Modern Witchcraft. She describes Gerald Gardner’s influences, especially his background in Freemasonry. And of course key figures such as Alex & Maxine Sanders and Janet & Stewart Farrar.

The second half of the 20th Century saw a mushrooming of covens, groups who described themselves as ‘Wiccan’.  The Western Mysteries, pagan & heathen groups, shamanism  – also found eager adherents ‘down under’.

In the essay, ‘Contemporary Witchcraft’ Frances describes how Wicca & Witchcraft is evolving. “I am mindful however that some concepts, such as karma, cannot always easily be transposed into contemporary witchcraft philosophy, especially when understood in its original concept. It is also important to note that while these differing evolutions have turned Wicca very much into a personal belief system, as opposed to a dogmatic one when comparing it to more orthodox religions, an increasing number of such evolutions has in fact taken Wicca away from its roots, the very essence or vision that Gardner had. Where you stand personally will depend on whether this is seen as a negative or positive point. I personally see the benefit of having a foot in each camp, which can be seen in what I teach and, hopefully, what comes through in this book.”

Importance of ethics
Frances spends a good deal of time discussing the origin, interpretation and implication of “The  Wiccan Rede and the Rede of the Wiccae”.

‘An it harm none, do what you will is attributed to Doreen Valiente, whilst the Rede of the Wiccae finds its origin with Gwen Thompson / Adriana Porter.

Examining the different versions, she also discusses ‘the threefold path’ and other general beliefs which are also influenced by our moral code, or Golden Rule. “In its true meaning as a guideline, the Rede advises the path of least harm is the ethical path, and that we should always think before we act: ‘An it harm none, do what ye will’. We are to take responsibility for the consequences of our actions (as well as our thoughts and deeds), as well as the results of such if we fail to act. The latter is something that can be overlooked. This means that by not acting to prevent harm, we may also be the cause of it though by an act of omission rather than commission.”

When explaining the Wheel of the Year for example dates are shown for both hemispheres:

The second part of the book is concerned with The Practice… and the practical.

Having set the scene, the basic background to Wicca as a belief system, Frances then goes on to the building of a solid foundation… the sub-title of the book is of course; ‘Foundational practices for a magical life’.

From exercises in Mediation & Visualisation to The Elements and the Elementals to Insights into Spellcrafting, to name a couple… Frances covers the major practises one needs to be adept in, not only as a Witch but as a Magician too. Once again she takes into account the differences between the hemispheres. Even experienced people can benefit by looking through the various chapters and refreshing their memories.

In the Appendix, there are some important additions such as ‘Basic Circle Casting Ritual’. There is also a ‘Self-blessing /dedication ritual’ (I am so pleased that she hasn’t called it ‘self-initiation…’)

For beginners / seekers and the experienced, this is an excellent book and should be in everyone’s library and used frequently! 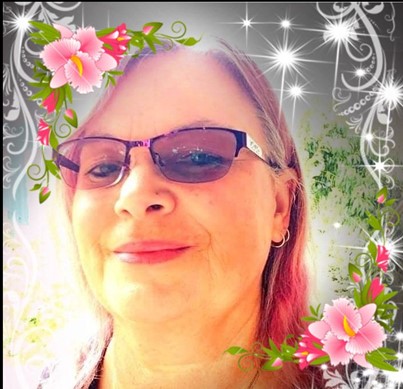 Frances Billinghurst is an initiated witch, ritualist and healer. She runs workshops on metaphysics, mythology and the occult. Frances is the author of several books, and she is the editor of Call of the God: An Anthology Exploring the Divine Masculine within Modern Paganism.

When she is not writing, Frances is attempting to replicate the Hanging Gardens of Babylon on her patch of Australian dirt, beading, and journeying between the worlds.

More information about Frances can be found on her blog: https://francesbillinghurst.blogspot.com/ and at: http://templedarkmoon.com/. She lives in Parafield Gardens, South Australia.

"Morgana is Anglo/Dutch and lives in the Netherlands. She is a practising Gardnerian HPS. Over the years, she has facilitated a variety of Wiccan groups. She is co-editor of the international and bilingual "Wiccan Rede" magazine, which was launched in 1980 and is coordinator of Silver Circle, a Wiccan network in the Netherlands. As International Coordinator for PFI she travels extensively giving talks and workshops about Wicca and Paganism."
Bekijk alle berichten van Morgana →
Dit bericht is geplaatst in Boeken, English articles, Recensies met de tags Australia, Contemporary Witchcraft, paganism, Southern hemisphere, Wicca. Bookmark de permalink.
We use cookies on our website to give you the most relevant experience by remembering your preferences and repeat visits. By clicking “Accept All”, you consent to the use of ALL the cookies. However, you may visit "Cookie Settings" to provide a controlled consent.
Cookie SettingsAccept All
Manage consent