Review: In search of the New Forest Coven 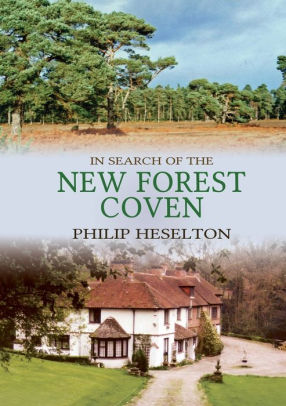 “In 1954 a book was published which claimed that the author, Gerald Gardner, had been initiated into a witch coven in the New Forest in England in 1939.

Many dismissed his claims, but Philip Heselton, who has been investigating the story for over 20 years, is convinced that what Gardner wrote was essentially true.

He has found that the coven was started by a group of esoteric intellectuals in the early 20th century who believed in reincarnation and that they had been witches in a previous lifetime.

Philip Heselton has uncovered the likely membership of the coven and has brought them to life as never before.”

The cover is absolutely right: Heselton has brought these people to life as never before. Not only did no-one else investigate the probability of the coven Gardner claimed to have become a member of, but Philip Heselton surpassed his own previous books. This book is the culmination of his other books. He found so many details about the persons he investigated, and about their relationships, that the reader does not so much believe in the probability of the coven, but becomes convinced of the plausibility of said coven. The persons and families are portrayed in separate chapters, with lots of photographs and other details. Dafo, the Mason family, Dorothy, Katherine Oldmeadow and others. Their interests span the topics Ronals Hutton describes in ‘The Triumph of the Moon’ as building blocks of Wicca: folklore, poetry, cunning men and women, the Western magical and mystery tradition, and so on.

In his previous books Heselton mentioned many possibilities, which suggested that Gardners mother coven existed. He wrote about several possible members of the coven, and of the house in which the initiation of Gardner probably took place. From this book it becomes clear that ‘Old Gerald’ may have been the most important factor in bringing the ‘Old Religion’ to light – but he certainly did not invent it by himself.

It may sound boring to read about the lives of some people and families in the late 19th and early 20th century, but I found it compelling stories. It was as if my relatives came to life. And maybe that is exactly what these people are to present-day Wiccans!