Review: Mystai – dancing out the mysteries of Dionysos

When I read that Scarlet Imprint were publishing this book in October 2019 I was immediately interested. Some time ago I had, by chance, seen an item by Morgan Freeman on History Channel about Mysteries around the world… He talked about a villa in Pompeii that housed the secret Cult of Dionysus. I had never heard about this and was struck by the frescoes  depicting the initiation rites and the role of women.

So when I saw that Peter Mark Adams had written a book about it I decided to have a closer look. I also saw that the bookshop Treadwell’s in London were organising a book launch and of course a signing session. A quick email to Treadwell’s and I had ordered a signed copy.

Unfortunately I couldn’t attend the book launch but in between times I followed the news about the book of course and noticed that Peter had also given an interview with Rune Soup / Gordon. The interview which lasts for more than an hour is certainly worth listening to as Peter describes not only why he felt compelled to write the book but also the technical difficulties in creating it.

I ordered the signed standard hardback edition and was absolutely amazed when it arrived. For £60 it is really worth every penny. The production and the quality of the images is stunning; especially after hearing from Peter how difficult the production was. Shortly after I posted a couple of images on my Facebook timeline, my good friend Güzin Yener  responded and it transpired that Peter and I had actually met. She reminded me of the meeting in Istanbul, Turkey, when she introduced me to Peter – about 2008! Peter still lives in Turkey. I contacted him and indeed we  had met. It was lovely re-connecting. 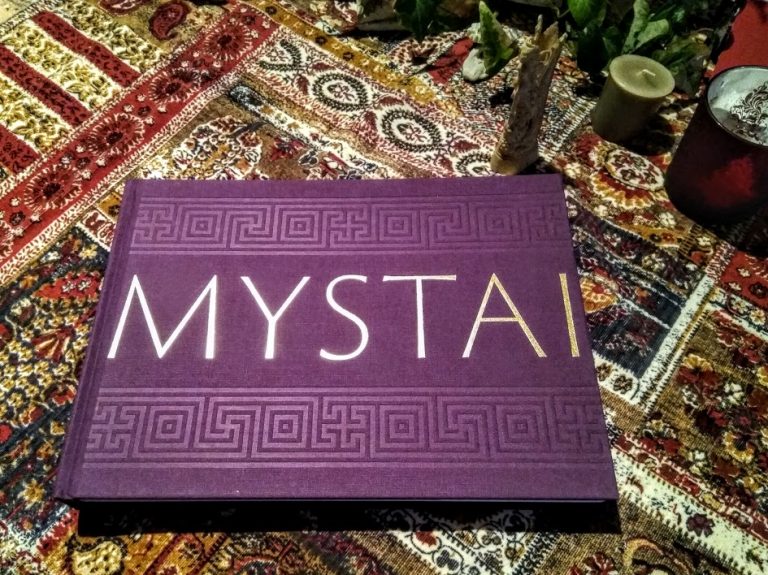 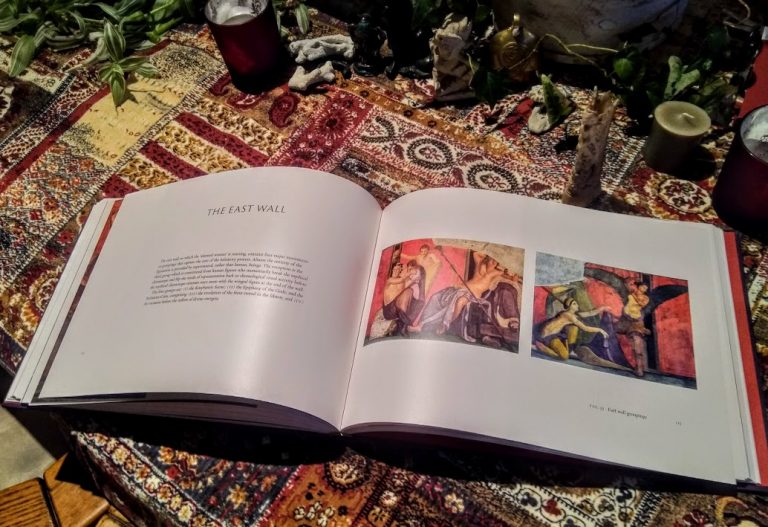 The book itself is really a superb look at the Cult of Dionysus, in this case the role of women, or priestesses in the Dionysian Mysteries. The villa and the frescoes date from about 540BCE.

Peter writes: “Arising from within the unique interface between Greek and Roman culture in Southern Italy, the frescoes attest to the survival of an unbroken initiatic tradition of Bacchic mystery rites on the Italian peninsula stretching back to the fifth century BCE.”

Situated in Pompei, Italy, the villa is unique and that the frescoes escaped the lava and eruption of Vesuvius is a miracle. Peter believes that these frescoes and the understanding of the visual language lay the foundation of the Mystery Tradition in Europe.

The importance of Dionysus in Wicca practice is of course evident. With this book the information regarding the importance of (elderly/married) priestesses and the central role they played in the Cult is incredible.

"Morgana is Anglo/Dutch and lives in the Netherlands. She is a practising Gardnerian HPS. Over the years, she has facilitated a variety of Wiccan groups. She is co-editor of the international and bilingual "Wiccan Rede" magazine, which was launched in 1980 and is coordinator of Silver Circle, a Wiccan network in the Netherlands. As International Coordinator for PFI she travels extensively giving talks and workshops about Wicca and Paganism."
Bekijk alle berichten van Morgana →
Dit bericht is geplaatst in English articles, Recensies met de tags Dionysian Mysteries, Dionysus, Graeco-Roman paganism, Peter Mark Adams, Scarlet Imprint. Bookmark de permalink.
We use cookies on our website to give you the most relevant experience by remembering your preferences and repeat visits. By clicking “Accept All”, you consent to the use of ALL the cookies. However, you may visit "Cookie Settings" to provide a controlled consent.
Cookie SettingsAccept All
Manage consent