Review: Sekhmet and Bastet: The Feline Powers of Egypt 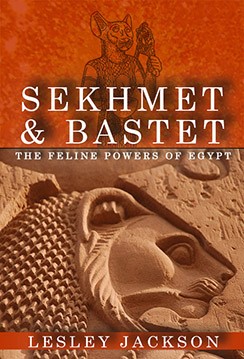 Lesley Jackson authored the book Hathor: A Reintroduction to an Ancient Egyptian Goddess which was also reviewed in Wiccan Rede Online.

In this new book she continues her research of Egyptian deities in the form of the feline goddesses, Sekhmet and Bastet. Most of us will recognise Sekhmet as the Goddess with the head of a Lion. Lesley writes of the hundreds of Sekhmet statues “commissioned by Amenhotep III(18th dynasty) for his mortuary temple and the Precinct of Mut at Karnak.” I visited this temple precinct in February 2015 and was astonished at the vast array of Sekhmet statues… albeit mostly badly damaged. It was great to read about this temple in Lesley’s book and also about the iconography of Sekhmet. 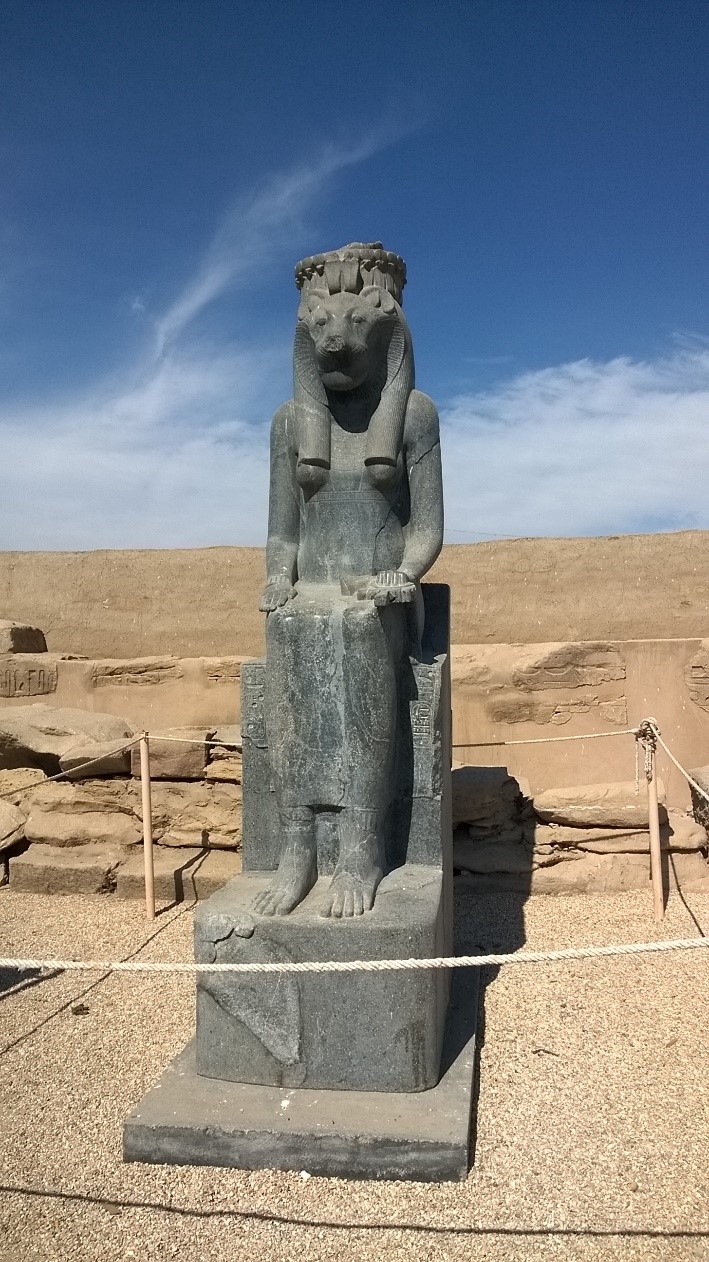 Bastet also began ‘life’ as “the  Lioness-headed daughter of Atum, the first daughter of the All Lord” but she was not depicted as a lioness. She is more familiar to us as a Cat-headed or Cat Goddess.

Lesser known feline deities are also mentioned in this book, such as Mehit, Menhyt, Mestjet and others.

Why were Lions and particularly Lionesses so important to the Egyptians? Lesley suggests that the they were “more perceptive and sensible. The fact that they viewed the Solar Eye as feminine had a great bearing on the dominance of the Feline Goddesses as does the fact that sekhem, the original power, was seen as a female energy. It also explains the nature of the Lion Gods and their power of earth rather than of fire.”

Also discussed are the ‘Festivals & Rituals, ‘Felines in Art and Artefact’ and the connection with the ‘Solar Eye’ and much more. This book is a must for all cat-lovers or those who are interested in the feline goddesses of Egypt. 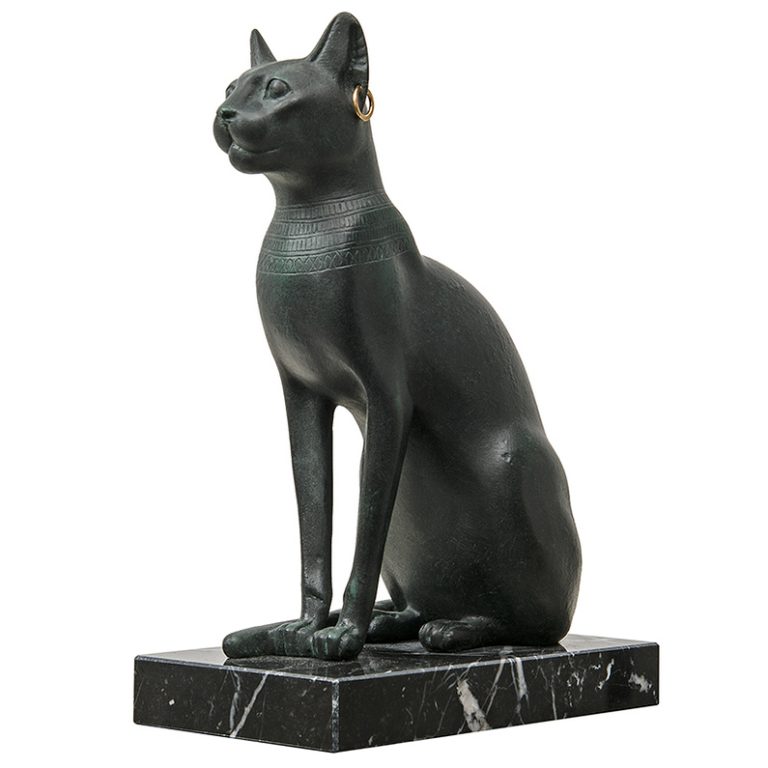 Image of Bastet, copy of an original in the Louvre Museum:
https://www.boutiquesdemusees.fr/en/oriental-and-egyptian-antiquities/goddess-bastet-as-a-cat/9453.html

"Morgana is Anglo/Dutch and lives in the Netherlands. She is a practising Gardnerian HPS. Over the years, she has facilitated a variety of Wiccan groups. She is co-editor of the international and bilingual "Wiccan Rede" magazine, which was launched in 1980 and is coordinator of Silver Circle, a Wiccan network in the Netherlands. As International Coordinator for PFI she travels extensively giving talks and workshops about Wicca and Paganism."
Bekijk alle berichten van Morgana →
Dit bericht is geplaatst in Boeken, Recensies met de tags Avalonia, Bastet, Sekhmet. Bookmark de permalink.
We use cookies on our website to give you the most relevant experience by remembering your preferences and repeat visits. By clicking “Accept All”, you consent to the use of ALL the cookies. However, you may visit "Cookie Settings" to provide a controlled consent.
Cookie SettingsAccept All
Manage consent