The Art of Dealing with Ambiguity in the Craft

It was only recently that I realised the prominent role of ambiguity, and our ability to deal with it, in the Craft. If you work in a corporate environment, or in a sector that deals with market and, more specifically, customers (i.e. project management), you might have noticed the resemblance as well.

When I joined the corporation I work for, I was introduced to my core competencies: the competencies that I would have to show, develop, and be measured against — one of them was ‘dealing with ambiguity’.

But what does it actually mean, and what is all the fuss about it? We all have to deal with uncertainty sooner or later in our lives, right?

The competency of dealing with ambiguity, in a general context, does not focus that much on the action of dealing with it (which, as it has pointed out, will occur whether we want it or not), but on ‘how’ we deal with it — and whether we are able to apply a growth mindset, and overcome the ambiguity to bring success.

When you are confronted with something that is uncertain, and cannot figure it out — what do you do?

Well, I am not sure what you do, but I can summarise what most people do:

The last one is particularly predominant in personal situations.

Most of what is written regarding the ability to deal with ambiguity is focused on it within a business context. It is, perhaps, due to our ability to prepare ourselves and plan to confront the ambiguity. Corporations have envisaged a set of tools and processes that provide the individual with enough room to feel comfortable dealing with it, and enough safeguard to avoid panicking. A clear definition of responsibilities and accountabilities does also help.

When it comes to the personal context, we just derail. Whenever there is ambiguity or lack of certainty in our daily lives and interactions, fear is invoked, and Pan takes over our emotions.

The way we react to it varies from individual to individual, based on the degree of ambiguity and the context — frustration, disbelief, denial, backlash, blame, despair.

We are hardwired to strive towards what is known and familiar, and fear that which is unknown to us.

In Spanish we have a popular saying which is a perfect example of the above ‘Better the evil you know than the good you are yet to know’ (which could resemble to ‘Better the devil you know’).

We experience a magnified, and more existential, version of this ambiguity during specific times and transitions throughout our lives — the mid-life crisis, and the dark night of the soul, are just a couple of examples of this. 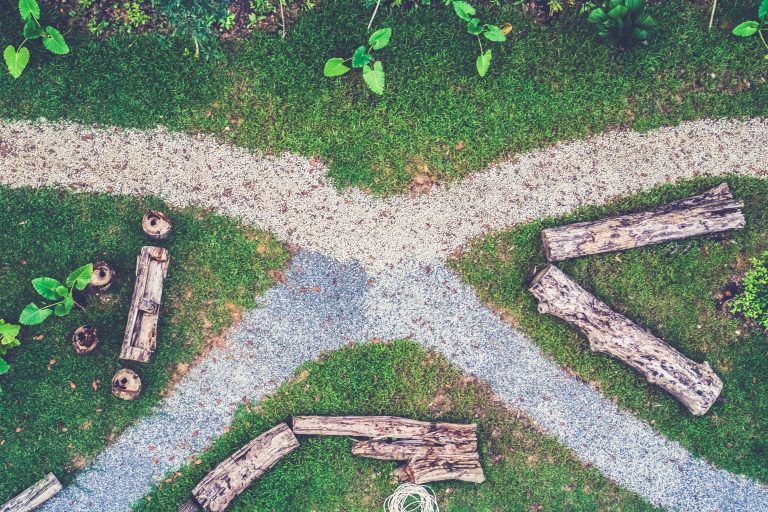 When ambiguity hits that which is core to ourselves – our identity, our sense of belonging – it becomes a major hazard to our development.

Ambiguity in the Craft

A while ago I would have said that the presence of the ambiguity in the Craft is conspicuous. It is, perhaps, one of the principles that enables the Craft to actually be.

However, as obvious as this might seem to some, it is not to others. Not that we are to blame for this, though. Most of us have been raised in a very Christian-influenced society, were religion is imbued in dogma and certainty.

Even in my earlier years as a teen ‘wiccan’, I remember that all the books provided me with rules, guidelines, defined concepts, and a certain and narrow path I could follow without having to ask too many questions.

From those books I also remember them mentioning this secretive Gardnerian tradition, which had even more rules and guidelines, and a more defined structure.

You can imagine how I feel whenever I am met with the puzzled face of Seeker, after I show even the slightest glimpse of ambiguity in answer to their questions. I feel that my family and cow have been dishonoured — and that I should give back my Gardnerian membership card.

The underlying question is always the same: how can something be considered a tradition or a cult with so much ambiguity in it?

First and foremost, tradition has always been about transmission — not about definition. That is why there is so much emphasis on how the cult is transmitted versus how each individual reacts to it.

Second, the Craft (at least Gardnerian Craft) is nothing but ambiguous. Drawing as it does from folkloric traditions and ceremonial magic, embedded unto a priesthood of the Lady of the Moon and the Lord of Death and Resurrection.

Lastly, Witchcraft in itself is an ambiguous journey. As it reads in the Emerald table, the operator ‘rises from Earth to Heaven and descends again to Earth, thereby combining within Itself the powers of both the Above and the Below’. It is a journey of distillation, where all we believe to be true has to be sacrificed on the altar of the ever-turning spiral, to be born again.

It presents itself as the Tower of the Arcana, where the tower is blasted, and the operator falls. The tower is then rebuilt again, stronger than before, based on the foundations provided by the previous tower — but with the same certain fate.

The only certainty in the Craft is that manifested by the witch: between the earthly realms, and the domains of gods; for a fraction of a second; fuelled by her intent — to make her will manifest.

Attempting to resist the blast of the tower only makes the fall harder — and sometimes, the individual finds shelter among the rubble, unwilling to rebuild the tower.

‘Truth’ is, the main impediment towards being able to deal with ambiguity is our unwillingness to be vulnerable.

To deal with ambiguity it is essential that we acknowledge the limit of our knowledge; our need for external input and support; that we have the grit to question that which we know or have been told; and that we learn to navigate the sea of uncertainty, and feel comfortable doing so.

This is as true to the Craft, as it is to any business or life situations.

Most will resort to either avoid the challenge — by walking away from it — or to try to ‘fix it’. We have seen the latter in a number of occasions throughout the history of the Craft. Certain individuals would come up with the bright idea that, if something is not defined, it can only mean that it is waiting for someone to do it! Yes, that is how some people ended up with a ‘forklift’ Book of Shadows, and how people were able to write so many books about Wicca. Ironically, modern forms of solitary ‘Wicca’ are far more defined in their beliefs than Gardnerian Craft has ever been (I recommend you to read the chapter ‘Orthopraxies, Orthodoxies and Heterodoxies’ in Jon Hanna’s What Thou Wilt: Traditional and Innovative Trends in Post-Gardnerian Witchcraft).

Religion and belief are core parts of ourselves, anything that puts our identity or beliefs at risk, makes our entire self-alignment stumble. By defining and framing it, we gain some semblance of control.

However, definition prevents growth. It hampers and limits our ability to be flexible, learn, and grow. That is why we use ‘open questions’ when we want to receive non-biased answers full of information.

The Craft as it is (at least in some of its’ streams) offers a solid backbone to gravitate around, while providing limitless room for growth. I honestly doubt this was ever a mistake and, if it was, it was an excellent one!

How do we deal with ambiguity?

I have kind of hinted above what the main impediments are when dealing with ambiguity. The ‘how’ is basically re-training our preconditioned idea that, by opening up to ambiguity, or by questioning ourselves, we are somehow less worthy — or that the semblance of control we generate with definition is real, or even useful.

Below are some bullet-points that come both from my corporate experience, and my experience in the Craft:

These are just tips. The main help towards dealing with ambiguity is being comfortable with it, based on how rewarding the experience is as a whole.

Because, many times in life, not knowing only makes you smarter. It might be a paradox, but the Craft is full of those.

A Gardnerian witch from the Basque Country, still figuring out things, most of them. I am also webmaster for the AdRosam site, a website of resources in Spanish for Gardnerian Seekers. I am also on Twitter and Tumblr.
Bekijk alle berichten van Alder →
Dit bericht is geplaatst in English articles met de tags ambiguity, beginners, philosophy, tips, uncertainty, Wicca. Bookmark de permalink.
We use cookies on our website to give you the most relevant experience by remembering your preferences and repeat visits. By clicking “Accept All”, you consent to the use of ALL the cookies. However, you may visit "Cookie Settings" to provide a controlled consent.
Cookie SettingsAccept All
Manage consent