Internet and the Craft: Blessing or Curse?

If we ask any witch who has been practising or involved in the Craft community for the past two decades, they will, for the most part, agree that Internet has had an enormous influence on the development of the Craft — in the way Seekers approach it, the way they find information and the way we keep in touch or even discuss.

However, by the feeling that one gets reading about this topic on different fora, it does not always seem to be a positive influence. In fact, I have seen people argue that it has turned the Craft itself into something unrecognisable.

Has Internet really had such an influence on our practices?

This yearning for how things used to be is nothing new, and definitely not limited to the Craft; it is called ‘nostalgia for the past’:

Nostalgia refers to the past as idealized and imagined through a combination of memory, metaphor, symbolism and desire, and as such is dependent on the irrecoverable nature of the actual past for its emotional impact and appeal. Nostalgia does not simply replicate memory, but rather by denying and degrading the present as it is symbolically constructed, brings an idealized past, as imagined from the present, into the site of immediacy, presence and authenticity. It is essentially a Romantic ideal; the past is replicated and reconstructed according to psycho-symbolic and metaphorical impact and thus serves as the means to reconstruct and redefine the relationship to the present with an eye to the future. (Waldron, 2005)

We are madly in love with the past. It does not matter whether the past was a place of wars, scarcity, lack of social security, or simply precariousness; the past feels familiar, and that makes us feel good. The past does not need for us to change.

And coming back to the question above… has Internet (and more recently, social media) actually influenced the Craft that much, or has it simply magnified and made more evident previously existing traits and vices?

The Good, the Bad, and the Ugly

We could certainly picture Internet as a massive social experiment: throw a bunch of people there and see what happens. Like in any other experiment with a heterogeneous group of people, the results are quite dissimilar. We get to see the best and the worst of our human nature in its full potential. 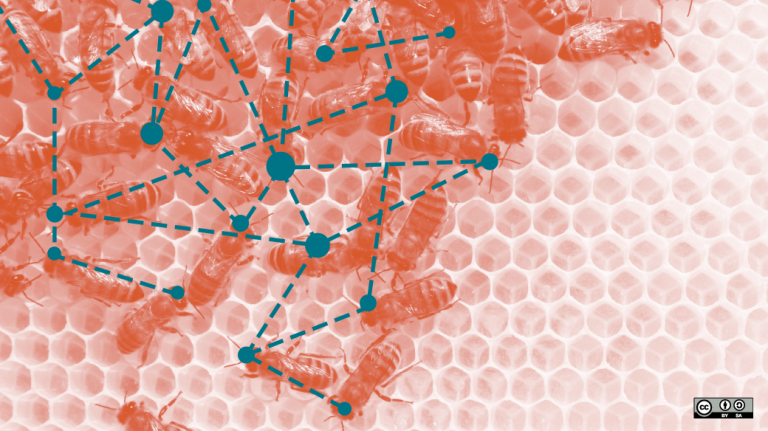 One of the best things that Internet has provided is the ability to communicate instantly in a very affordable way: from the advent of email communication in the 90’s, to WhatsApp or Skype during more recent years.

It has facilitated a way to interact with fellow witches from remote places, anytime, anywhere.

It has also provided a vast amount of information, which is now available to both practitioners and those interested in the Craft. This is where the ‘bad’ starts, since there is (fortunately) no way to filter that information based on its quality.

The proliferation of information makes the role of the Seeker, or the reader in general, more meaningful than ever — they have to separate the seed from the chaff.

However, this point begs the question, was it really ‘better’ before? When you had access to a very limited number of sources, and many of them were as inaccurate and biased as some of the information that is found on Internet today?

I remember first reading about the Craft on Internet during my teen years (yep, a youngster here!) and some of the information was really bad! But that put me on track. It served its purpose. It made me aware of the fact that there were like-minded people out there.

Living in the Basque Country, had it not been for the Internet, I would not have come across that.

The ‘ugly’ part is that, wherever humans are to be found, human things are meant to happen. If we have in mind the above-mentioned immediacy of this interaction, this gets worse. If we add the factor of anonymity and the detachment that comes from interacting from behind a computer or smartphone… it is complete mayhem!

Anonymity (or the use of multiple personae) in online interactions does not allow accountability to take place, and this leads to frustration.

And thus, yes, bitching and trolling happens. It is sad that, at the end of the day, it is these two things that leave an imprint of our experience of Internet and Social Media as a tool.

Another common belief is that Internet is driving disconnection. But is that really so?

It is true that we dedicate a huge amount of time to use Internet and Social Media, but we also interact on a daily basis with an amount of people that we could not possibly reach without them.

Is it really driving disconnection, or is it enhancing our ability to connect and reach others? Not just for social interaction, but also for campaigning, raising funds for social causes, or just sharing relevant content.

A few decades ago this article would take several weeks by snail mail to arrive at your house (depending on where you live). But I probably would not be writing it in the first place. I would not have had the chance to become familiar with Wiccan Rede, or the people behind it. Without my daily interaction with foreign friends, my English would have never been good enough to write it either.

I would say it depends. Do you own it as a tool? Or do you simply let yourself be dragged into a current of trends?

When used as a tool, Internet or Social Media allow us, not just to connect with them, but to encourage human interaction outside them as well.

A great example of that are the local pub moots, open rituals, festivals and other events that are organised every day, in many parts of the world. Many witches now, literally, cross continents to meet with other fellow witches, their chosen family, or to attend festivals. 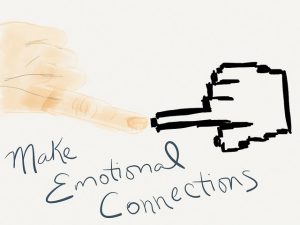 As obvious as this may sound, I believe that Internet is like many other things; it all boils down to the way you use it. And this seems to be one of our biggest challenges as human beings: to be responsible for the way we use our tools and resources.

It is certainly easier to just blame Internet like our forebears probably blamed the TV, the radio, or the newspapers. If we add our nostalgia for the past to that equation, we have the perfect combination to elude responsibility and remain in our comfort zone.

I think that the possibilities and the potential of such tools are helping us shape the world. They are opening us to a diverse spectrum of ideas, from different countries and cultures. It is the quality we add to the interaction that takes place in them, that really matters.

Whether historically or archetypically, witches have always be pioneers — trailblazers. Also highly pragmatical. In Witchcraft one has to make do. That is why I believe that the Craft and Chaos Magick have so much in common.

Witches have also been quite concerned with the future, with ‘looking forward’: through the reading of omens, fortune telling, or divination.  The cunning-folk were known for the wealth of knowledge they treasured.

Therefore, it only makes sense that we should honour that archetypical role and embrace the change in which we find ourselves; and own it, like I said above. We may even discover that the Gods and spirits, are not that far away from the cyber-space!

Waldron, D. (2005). Witchcraft for Sale! Commodity vs. Community in the Neopagan Movement. Nova Religio: The Journal of Alternative and Emergent Religions, 9(1), pp.32-48.

A Gardnerian witch from the Basque Country, still figuring out things, most of them. I am also webmaster for the AdRosam site, a website of resources in Spanish for Gardnerian Seekers. I am also on Twitter and Tumblr.
Bekijk alle berichten van Alder →
Dit bericht is geplaatst in English articles met de tags connection, internet, social media. Bookmark de permalink.