Bertsolaritza, the Art of Improvisation, and Intuition

A couple of weeks ago I gave a talk about Paganism in the Basque Country for the 16th Conference of Pagan Federation International in The Netherlands. During that talk, I made reference to the oral character of Basque tradition. This doesn’t just apply to the local myths and customs, but also the own cultural transmission and performance. 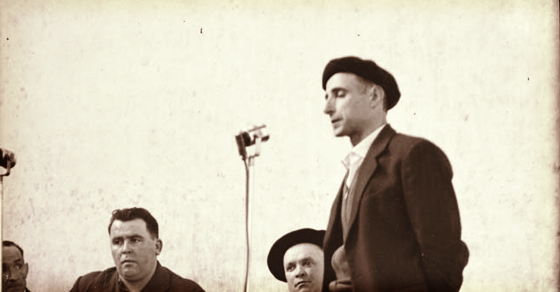 If we look right at the centre of the Basque culture, we can find a raw form of intuitive creativity: Bertsolaritza (or bertsolarism) — the creation of extemporary verses. While nowadays it has been turned into a ‘sport’ where participants (called a) have to meet certain rules and challenge each other to win, its popular origins can be traced several centuries back. In the Fueros (or Old Laws) of Biscay[1] (1452), for instance, we find two sections prohibiting women to engage in verse improvisation (Aulestia, 1995).

When it takes place in a txapelketa (or contest) two or more bertsolaris are given a specific subject and have to improvise verse in front of the public. This, many times, creates a conversation between both bertsolaris, where one replies to the other with his verses.

Joxerra Garzia (Garzia, 2012) describes the role of the bertsolaris in a nutshell:

‘Bertsolaris blend, via poetic and playful improvisation, varied fields of information. The bertsolaris’ contribution is, effectively, this blending of different levels: addressing contemporary social, political, sexual, cultural and local subjects combined with references to the situation in the auditorium, and all this dashed with personal allusions and discussion with messages aimed at their fellow improvisers.’

Therefore, we could say that the art of bertsolaritza is a quick, creative, process in which the actor becomes a channel for direct inspiration, delivering a ‘message’ (information embedded with a specific feeling or idea) to the audience.

Garzia goes on to say that:

Many of you, as witches, magicians, or simply artists, will most probably be able to relate with the above. Every magical art is, after all, embedded with creative inspiration. Also, every spell and ritual, every word in and movement, is aimed to induce a reaction in the physique of the participants — whether it is just the operator, the operator and the recipient, or a group of people.

Yet, it can many times become an unvarying verbose that leaves little or no room for the creative force to end up manifesting. In a society so dominated by the urban Western mentality, we seem to have developed an allergy for everything that is not organised to the last bit, or that relies on spontaneity.

This is where bertsolaris and the art of bersolaritza can teach us, or rather reminds us, of a key aspect of our own practices.

While the practice of every Craft requires the mastery of certain techniques, and this is many times achieved through repetition and osmosis, these are only useful as a foundation for our own creative inspiration. 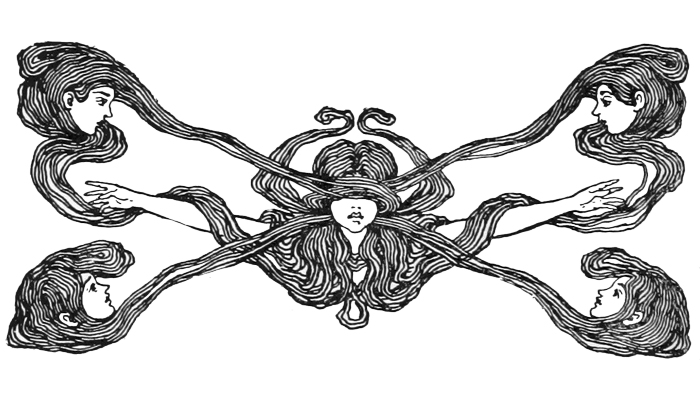 In the same way, that the bertsolari practices with rhymes and plays with words, so do we bind our spells and perform our rites. Both methods create a pattern, a trail that can be then filled with a stream of inspiration.

How many times have we found ourselves performing a rite and feeling that something should be done in a different way? Or planned a spell and felt like doing it another time, or in another moment? Or found words suddenly coming from the back of our minds?

When working alone, this demands that we allow ourselves to stop and let it flow. When working with a group, it requires a very close understanding of the dynamics during the rites, and a strong connection between the participants, who will just follow the lead.

Allowing ourselves to let this happen, is allowing the creative forces to become manifest, and to inspire ourselves, as well as others.

Although talking more specifically about music, J.B. Burrows mentions that the collective consciousness achieved by what he calls ‘improvisors’ is ‘a higher state of consciousness which can be shared through an intense focus on the medium of sound and the activity of listening.’ (Burrows, 2004)

In a previous article, I wrote that Witchcraft comes from the gut, from a deep place in the back of our minds. When we don’t allow that creative impulse to come forth we cease to be witches to become actors — the crafter becomes a performer. Quoting Garzia once again: ‘reducing the improvised bertso to a mere text is to adulterate the essence of improvised bertsolaritza’. The same can be said of our arts.

The ‘downside’ of this is that creativity, like most things in nature, can be capricious and very elusive, and thus, as the bertsolari has a few bertsos and words under the sleeve, so do we still need of the verbose to then branch off when the inspiration comes — or not.

But many of the inspiring pieces that we recognise today, like the Charge of the Goddess, or much of Doreen Valiente’s poetry, comes from that very same place — the kingdom of the extemporary, which is ruled by Intuition.

‘After a performance, an audience member will often ask, ‘How do you know when to stop?’ I usually respond, somewhat cheekily and to the obvious chagrin of the well-intentioned inquirer, by saying, ‘We stop when it is finished.’’

Further ‘viewing’
Documentary in English (with English subtitles for bits in Basque or Spanish) about bertsolaritza.

[1] ‘Fueros’ in this context refers to the ‘Old Laws’ applied to a specific region, found in Navarre and the Basque Country.

A Gardnerian witch from the Basque Country, still figuring out things, most of them. I am also webmaster for the AdRosam site, a website of resources in Spanish for Gardnerian Seekers. I am also on Twitter and Tumblr.
Bekijk alle berichten van Alder →
Dit bericht is geplaatst in English articles met de tags Basque, creativity, intuition, poetry. Bookmark de permalink.