A few weeks ago I found myself doing one of these tests with multiple options for each answer. As the questions started rolling in, I found it harder and harder to choose between both of the possible choices. ‘It’s really none of them’ I thought to myself. And even though I tried to choose the ‘most’ accurate option, the final result proved that there was something wrong with that system.
Slightly annoyed by the test, I started to ponder about the extent of this in the society we live in. Even in our daily lives, many aspects are reduced to a false dichotomy. It’s either in or out, up or down, you either agree or disagree, you either have to choose this or that, and so on. 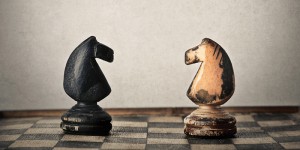 Of course, the sensible answer to this is ‘No, actually, I do not. I have a myriad of possibilities to choose from’. But that would require further explanation. And, in the case of the test, it would require including endless possibilities or choices, which is highly unpractical.

So, what do we do? We stick to the known and practical method. If we do it in our educational system (and the way abilities are tested and graded), why not in a simple test?

This fits perfectly in a society where people who challenge these aspects are labelled as ‘PC Police’ (i.e. Politically Correct Police — and yes, it is a real thing).

However, it is surprising to find it amongst witches, magicians and occultists — the trailblazers and transgressors par excellence. And yet, one of the most recurrent concepts in occultism, as it is Polarity, seems to be founded and fed by the same dichotomy: male – female, and from those, positive – negative, dark – light, birth – death, and so forth.

While the above are, most certainly, frames in which Polarity may take place, constraining the principle to them (or those that show similar characteristics) seems rather simplistic.

Moreover, when doing so, we tend to characterise those aspects, mainly the male – female and positive – negative ones, with fixed attributes; which are both fixed and also ‘fix’ the aspect, preventing it from changing.

Even when the female principles are (many times for political correctness’ sake) characterised with attributes like ‘strength’, it is usually a motherly-kind-of-strength.

In part, we have to thank Aristotle for this:

‘But the female, as female, is passive, and the male, as male, is active, and the principle of the movement comes from him […] the female always provides the material, the male that which fashions it, for this is the power that we say they each possess’

And to other classic authors we have also to thank for the attributions of male and female with left — right, and hot — cold. (Although, Aristotle also believed that it was the man who gave the Soul to the body produced by the woman!).

Along with this, we can find a point of reference in ‘The Kybalion’ and its Principle of Polarity. Although ‘The Kybalion’ only addresses male – female in the Principle of Gender, as a duality manifested in every individual; much like Jung’s Anima – Animus.

This essentialism, as Robin Artisson points out in an article I recently came across, is a common characteristic in Integral Traditionalism. However, we can find the same views on a variety of currents and individuals in today’s occultism. These are more often than not backed up with an apparent correlation both in Nature and different human cultures.

But let’s be honest — we can find as many examples of male/female duality as we can find for trinities (3), or Oneness (Hi starfish!).

Another reason why the biological representation of male — female may sometimes fall short as a ‘Universal’ example of polarity, can be found in the Principle of Polarity of the Kybalion itself, in ye olde concept of the different shades between two poles.

Both poles are connected and there is an infinite amount of shades between them, different degrees. Both of them, and everything in between, are part of the same unity. While this makes perfect sense if we consider male and female as a spectrum, with both of them being latent in everything, that would not be the case if they are conceived as separate and independent elements required for Polarity to take place.

But whether we choose male —female, or black — white, we can always go further and make the line a chromatic circle. 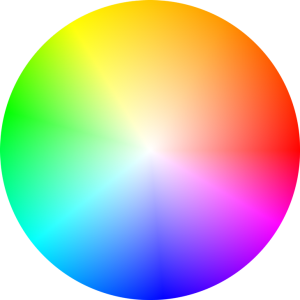 And the circle, a sphere. 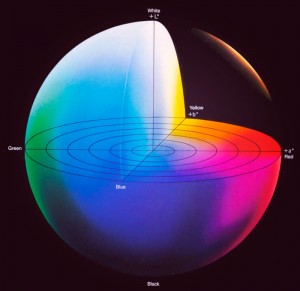 Often, when Polarity is discussed making use of this male – female interaction, the conversation ends up justifying the need of those two specific poles based on their place in the reproductive process. This is also usually exalted as the symbolic source of cosmic or universal life.

And this is when things get really interesting. The interesting part being the process called stellar nucleosynthesis, by which two Hydrogen (H1) protons (actually, four: 2 + 2) create Helium (H4) by means of fusion inside a star. 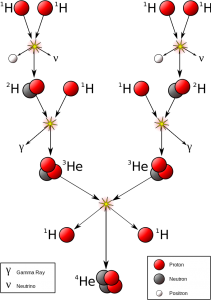 So, no; life in this universe does not revolve around penises and vaginas. It has existed eons before we first walked this Earth, and it will continue eons after we are gone. To think that Life in the Universe is ruled by the (current) means of reproduction of a species is, to say the least, quite anthropocentric.

If we were to remove every sexed species from the Universe tomorrow, life would still go on. And so would the principle of Polarity.

But, how is this relevant if we live on Earth? First of all, it prevents us from using expressions like ‘source of life in the universe’ or ‘Mystery of Life’, and to constrain them to a single form of Polarity.

It also allows us to open ourselves to a new world of possibilities. In the same way that undergoing an initiatory process opens our mind and soul to a new reality that was hidden in ‘ordinary’ sight — so does it leaving room for a deeper meaning of Polarity.

Polarity is, in essence, a constant interaction between more than one force or element. It is the movement, the striving of those forces, and the rhythm in it, that creates the dynamism. As occultists, witches or magicians we observe the underlying patterns of that rhythm, get insights and tap into it, or try to emulate it — either conscious or unconsciously.

I have tried to leave aside the subject of gender and sexual orientation here, because I believe that the underlying principles of Polarity are not dependent of them. Too often, the conversation on the topicality of Polarity’s imagery is stifled, labelled as a consequence of a recent and increasing shift of the views on gender in nowadays society (and political correctness, of course).

The above also goes hand in hand with suggestions that the whole conversation takes place in order to bend a long-standing and universal principle like male – female polarity, to current social norms.

However, we know that the conception of gender beyond the binary frame is not, in the slightest, something new. And neither is that the case of Polarity.

Unfortunately, this is where our multiple-choice test fails.

Do not get me wrong, the test will still works if one’s preferred option is present amongst them. But it cannot be considered Universal anymore (much like our education system, as I mentioned earlier).

And that is unsettling, to say the least — especially when it is a system in which we root something as sacred and (unfortunately) fixed as a system of belief or practice.

When a system like that falls short, we humans usually try to stretch it for a while, making some exceptions and cherry picking.

If its universal character is shaken by changes in society, new discoveries, or just deeper insights, we quickly resort to Nature and biology. When this fails, we ultimately resort to tradition and the sacredness of such principle. 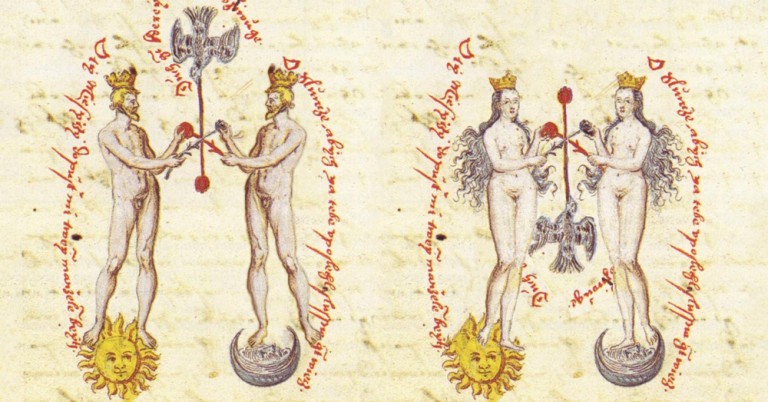 Looking back to history, we can find this same pattern repeating over and over again. The irony in this being that we will never be able to identify ourselves with such context and learn from it.

Our perception of Reality is the one in which we live right now, and abstracting ourselves from it is probably one of the biggest challenges of any occultist. We can, most of the times, do it very, very briefly. Therefore, we don’t just believe we are right, we know it!

We might believe that people who were proved ‘wrong’ in the past were simply stupid. Most of us find it difficult to understand how is it possible that, during countless years, people believe that the Earth was flat; or the centre of the Universe. And yet, they were as adamant about their Reality as we are about ours.

Marja de Vries puts this beautifully when talking about the Law of Divine Paradox in her book ‘The Whole Elephant Revealed’:

[…]Any truth can be true only within a given context, despite the fact that we are not always aware of that context. Examples of such a context are our beliefs and this can be our conscious as well as our unconscious beliefs. The greater context of our relative truth is our state of consciousness. Any model of the truth that we create is inevitably only a reflection of our own particular level of consciousness.

Even in science, the number of superseded theories is astonishing. And yet, the ones in which we believe and use right now, are the ‘right ones’. I am sure the future generations will also ponder how come we didn’t realise X or Y.

If we have that attitude towards something as methodical as science, magic and occultism are no exceptions.

But how do we make this happen? How do we improve and implement this understanding? Do we have to toss away something that works for many people?

Not at all. We did not have to toss black & white away when we introduced colour TV, did we?

The truth is, all this isn’t new. People are not changing how Polarity (or even gender) works in the Universe. If anything, we are expanding our perception of it — again, our own personal ‘reality’.

In the example of the test mentioned above, I found that a set of different options with different degrees for each response, worked perfectly in another test. Between Yes and No I had different circles going to a neutral center. Not only that, but the answers to specific questions were also conditioned by what was answered in others. Still limited, but much, much better.

And, whether we are aware of it or not, we are working in a whole spectrum of polarities everyday. Every conversation we have is an active work of polarity. Every time we ponder between different aspects and reach a conclusion based on them, or products of the interaction of those aspects, we are working polarity.

All we have to do is change our discourse, and our attitude towards it.

A Gardnerian witch from the Basque Country, still figuring out things, most of them. I am also webmaster for the AdRosam site, a website of resources in Spanish for Gardnerian Seekers. I am also on Twitter and Tumblr.
Bekijk alle berichten van Alder →
Dit bericht is geplaatst in English articles met de tags gender, occultism, polarity. Bookmark de permalink.