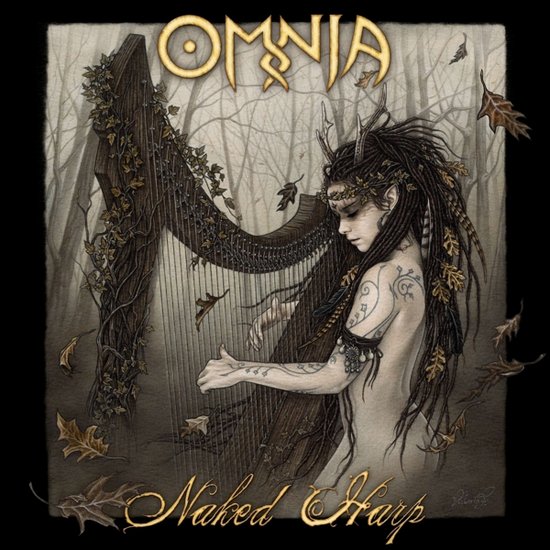 … and so you have an immediate impression of this wonderful new album from Jenny/ Omnia.

The above track is the opening number and sets the tone for the whole CD.

Steve writes in the enclosed booklet, “Many Omnia fans and other musicklovers have asked if it would be possible for Jenny to make another more personal CD dedicated solely to the magickal music of the Harp played by the one and only Harp Fairy herself”.

Omnia fans will obviously recognise the ‘Omnia Medley’ with melodies taken from Etrezomp-ni-Kelted, Alive!, I don’t speak human, An Dro and Black House.

I should also mention the fabulous cover with illustrations from Victoria Francés. From Valencia, Spain she has designed a number of illustrations such as Hekate for the Luna album from Faun. For more information see her website and fansite.

All in all a marvellous Yule present! And for all lovers of harp music – a must.

Thanks Jenny for getting this album together. 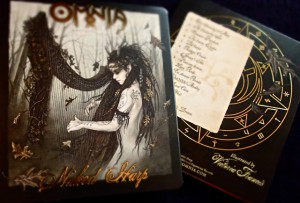 "Morgana is Anglo/Dutch and lives in the Netherlands. She is a practising Gardnerian HPS. Over the years, she has facilitated a variety of Wiccan groups. She is co-editor of the international and bilingual "Wiccan Rede" magazine, which was launched in 1980 and is coordinator of Silver Circle, a Wiccan network in the Netherlands. As International Coordinator for PFI she travels extensively giving talks and workshops about Wicca and Paganism."
Bekijk alle berichten van Morgana →
Dit bericht is geplaatst in English articles, Muziek, Recensies met de tags Breton, folk music, harp, Irish, music, Omnia. Bookmark de permalink.
We use cookies on our website to give you the most relevant experience by remembering your preferences and repeat visits. By clicking “Accept All”, you consent to the use of ALL the cookies. However, you may visit "Cookie Settings" to provide a controlled consent.
Cookie SettingsAccept All
Manage consent