10-11-2015 marks the 10th anniversary of Stein Jarving’s death. He was instrumental in introducing and developing Wicca in Norway. His influence can still be felt there… and further afield.

I remember him as a tall friendly giant always ready to help out and give advice. Together with Merlin we were often looking at ritual texts and their origins and the symbolic meaning. We too were interested in translations. In Stein we found a fellow initiate who was also busy introducing Wicca philosophy and practice abroad.

Ninmah has kindly submitted an article written by Stein about Wicca in Norway. She has translated it and also added an update about the situation in Norway today. 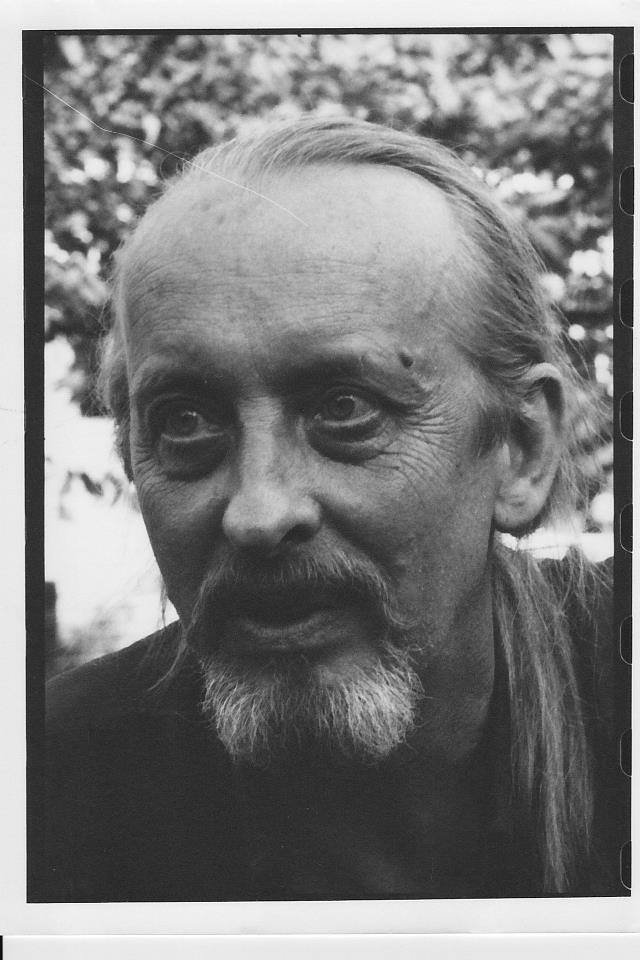 WICCA IN NORWAY
By Stein Jarving

WICCA is the name of a specific type of witch religion, in Europe mainly used for witches who are initiated into the traditions that have emerged out of Gerald Gardner or Alex Sanders; witches that have been consecrated in a mystery tradition where you also receive training into the priesthood of the witches.

The first Norwegian Wicca circle was barely two years old when, in 1992, we were asked if we could arrange this year’s European Wicca gathering. With only ten initiates it seemed quite daunting to organize summer events for nearly a hundred witches from ten different countries. But the gathering was most satisfying, despite too much rain. And there seems no doubt that this gathering had great importance for the reestablishment of witchcraft in Norway. For witchcraft has probably been close to extinct here since legal prohibitions came against Paganism 800 years ago, or the very least it has survived hidden and anonymous.

I am sure there have been several who called themselves witches in Norway, even before 1989, nor is it long since the American witch Starhawk was in Norway and inspired a number of Norwegian women. For those not familiar with Starhawk and her Reclaiming movement in California, it may be noted that Starhawk was initiated as a witch in a tradition called Faery, but that she has since founded her own variant of witchcraft. One of her initiates describes Starhawks tradition as follows: “Starhawks variant of the witch movement is feminist and ecological, and sees itself as a political liberation movement. The objective is to change society.”

The Wiccan tradition within witchcraft, known as Gardnerian and Alexandrian Wicca, came to Norway for the first time in 1989. A few years prior to this Karina and I had, along with a few others, begun a process of gathering knowledge about witchcraft, unaware that there actually were people who still practiced this.

Through friends, acquaintances and special bookstores we found first Janet and Stewart Farrar’s books, then Vivianne Crowley’s Wicca: The Old Religion in the New Age. Then we started to investigate in England, to check if anyone would like to initiate the witches of Norway. Not long after we made contact with Vivianne and Chris Crowley, and I went over to London to meet with them. I was greeted with warmth and interest, and only three months later I was back to be initiated into Wicca. Next spring Vivianne, Chris and Paul from their coven came to Norway for a week, to initiate and train a small group of Norwegian witches, and thus the first Norwegian Wicca Circle was a fact.

Developments since then have been steady and careful: because Wicca is by no means an evangelical religion, and neither has it any parent organization. And since initiating someone into a religion, and thus taking the responsibility for training them, is a demanding and very personal process, so the process of recruiting people to Wicca consists greatly of your friends and acquaintances, or of people who find you in one way or another and stand out as particularly interested candidates that you want to work with.

There is also a desire that those who are consecrated should have a circle to go to, where they can train, exchange experiences and work with Wicca, both religiously and in practice, within a group of close and safe friends, like we do in the Wicca. It goes without saying that this is not an easy task in an elongated and sparsely populated country like Norway. And that is not only based on population density; the fact is that in the 26 years since we started with Wicca in Norway it has not been possible to ground a stable circle or group of witches in the northern parts of Norway. Though we don’t know exactly how many initiates there are; there are today – September 2015 – only 3-4 operational covens in our whole country. That being said we have initiates here that have been active from the beginning and who still are engaged in our Wiccan endeavours. We have also had a natural connection to the other Scandinavian countries, and have initiated both in Denmark and in Sweden in addition to working closely with covens there. This Scandinavian cooperation is still active and growing today. In addition there are cross-initiations between the Wicca and other occult groups such as the O.T.O, and the Norwegian and Danish Asatru.

Training in Wicca is based on personal commitment and interest, there is no one trying to push new initiates to participate in anything. All training is free of charge, but most witches have to spend much money on travel to and from activities that are held in other places than where they live, in addition to spending money on the books and equipment they will need.

The first degree in Wicca is really all you need to be a Wiccan practitioner. You are consecrated as a priest/ess so that you can make direct contact with the divine, and also you get the basic knowledge needed to begin your practice as a witch, with a special focus on trance work and simple power like healing etc. You should normally also be invited to participate together with experienced witches in the 8 annual sabbaths, seasonal celebrations, and the 13 annual full moon-esbats, where the practical, magical work is done. Active participation in all these are to be regarded as the minimum education for a witch and a priest/ess.

For those who want to go further, even to be able to dedicate and train new witches and priests/esses, requires that they provide to become skilled at creating, managing and performing rituals and that they specialize in one or more fields of witchcraft, magic, healing etc. And they should have shown an ability to safeguard and respect others’ feelings and interests, not just their own.

After an adequate amount of time – several years of practice – time will sometimes come that you are invited to move on to the 2nd degree in the Wicca, if you find one who is willing to dedicate themselves to this. It is also necessary that as many Norwegian/Scandinavian 2nd degrees as possible agree that such advancement is a good idea. This is not a given, nor is there any democratic process. Everything depends on that you have shown yourself worthy of such a trust and elevation.

After 2nd degree you can initiate others, and in reality even start a circle, but traditionally under the supervision of those who gave you 2nd degree, as a kind of training process. You don’t become completely independent until after your 3rd degree, but even then it is strongly advised that you seek council with your peers and seniors in the Wicca. After 3rd degree you can – in practice – then feel free to start your very own tradition, if you will. 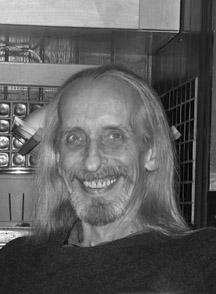 In today’s Norway we have a sufficient amount of 3rd degrees so that we are entirely independent for our development within Wicca. Even so we still work closely with the priests and priestesses of our English heritage, and they still come to Norway on a regular basis for further teachings and to act as a council for the initiates here. The Nordic paganism and pantheon are very strong, and thus also in the Nordic Wicca, even though we very much practice our traditional Gardnerian Wicca.

Such tendencies of regional ‘adaptations’ are common in Wicca, from American inspirations of Native American character to the northern European touches of Celtic, Saxon and Nordic influence. And this is something of the soul of the Wicca that we always draw into our practice the symbolism, poetry and techniques that we find on our way and think are valuable.

Wicca has no Bible, just a ‘cook book’ we call ‘Book of Shadows’, which is an aid under constant development. To keep the focus and tradition alive all that are initiated receives – upon Initiation – a replica of a ‘Book of Shadows’ which has been handed down directly from Gerald Gardner and Doreen Valiente, and so we all have the same starting point in our learning process.

Wiccan witches have been criticized for being secretive and almost arrogant and self-absorbed, perhaps mostly because we do not like to come forward publicly, and because we are reluctant to offer initiations. It is important here to take into consideration that Wicca is a mystery religion, which magical work mostly takes place in very small groups of people who have absolute confidence in each other – and this is an essential condition for success. It goes without saying that we therefore are also very critical about who we choose to initiate: Wicca is no union, or club, and we are not naive enough to believe that Wicca is suitable for all people seeking witchcraft. Everyone who will enter the Wicca is responsible for finding a priestess or priest who is willing to initiate them – the rest is up to the Goddess and Her consort.

Another thing is that Wicca is very time consuming and extremely interesting, and many of us have little time to spare for paganism, next to family, home and job. Even so, there have been, and still are, witches who run dedicated between coven, mundane work, and voluntary pagan national work. 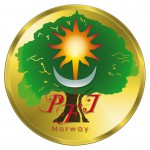 – and before that the NPF – answers hundreds of letters a year, set up with people for interviews for television, radio and magazine, publishes articles about paganism (and not just about Wicca), getting members to arrange weekend and evening courses, and so forth.

A question that sometimes emerges is why we have chosen a witch tradition and religion that has its roots in the UK, with strong ties to the Celtic and Greek traditions. This is somehow the same as asking a Christian why she has chosen a Palestinian / Roman religion with strong Hebrew affiliation. A religion’s historical starting point is always interesting, but rarely of paramount importance for those who get into it. In most cases, we link ourselves to a religion after a call that comes from within, because there is something in that particular religion which is a response to an inner need we have.

Gerald B. Gardner brought one of the goddess religions into modern Western consciousness and society, together with an amount of knowledge belonging to the witches. He did this without putting himself up as ‘pope’, Goddess prophet or Wicca’s charmer. He gave us instead a combination of beliefs and practices delightfully free from religious dogma, in a context based on love, trust and intellectual freedom. A religion based on small, independent, priest/ess-managed groups in which all the participants have a direct contact with the divine.