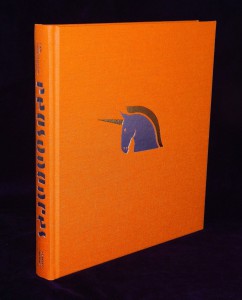 Reasonances is a collection of essays, lectures and interviews by Carl Abrahamsson. Carl Abrahamsson is a Swedish freelance writer specialising in arts & entertainment, esoteric history and occulture who owns his own publishing company focusing on art and esotery named ”Edda Publishing”. He is also founder of the research journal ”The Fenris Wolf”.

This book deals with the relationship between art and magic and makes the reader question where these two and their connection have influenced society and what further role they could play when actively, individually and collectively used as a transformative potential. He states ”It is through poetry, literature, art and music that we decode and then encode ourselves, our children and those around us. We can indeed set example”.

It opens with an overview of the history of 20th century occultism. Especially this part will be of great interest to readers of the Wiccan Rede since it sums up spot-on definitions, many relevant figures and developments within 20th century occultism in which also Gerald Gardner and witchcraft in general are mentioned.

In the next chapters he unravels a bit more. He goes a bit deeper into what art and magic are, mean and could be, using concepts like freedom, change, symbolism, magical formulae, drugs, fiction, Thelema, culture and counter-culture and metaprogramming. He uses a broad variety of examples, people, explanations and possibilities without ever telling the reader how to read or interpret this all and without telling readers what to do with it. Furthermore he presents a collection of pieces of interpersonal communication with well known and less known pioneers in art and occultism. He takes us on a trip through time and space by letting us glance into the soul of artists (which includes himself), both the creative and destructive power behind and in human expression and speaks about the role which Babalon plays or could play in the game between order and chaos. For it isn’t mere visible order and formation within certain frameworks but also expansion of consciousness, detachment and abstraction which influence contemporary society and could perhaps be even more contributive when used in a certain “mode”.

I think this book is worth reading in regard to some of his interesting research into the occult using quite a few different sources than most of us are used to. It’s reflective but still includes enough space to be triggered to form one’s own opinion on possible solutions to dissatisfaction with the status quo. It provides enough viewpoints and information for the reader to be swept away from comfortzones of laissez-faire -attitudes and ideologies without presenting a utopian worldview. What about a shift from cultural appropriation to collective appreciation?

Dit bericht is geplaatst in Boeken, English articles, Recensies met de tags art, magic, occultism. Bookmark de permalink.
We use cookies on our website to give you the most relevant experience by remembering your preferences and repeat visits. By clicking “Accept All”, you consent to the use of ALL the cookies. However, you may visit "Cookie Settings" to provide a controlled consent.
Cookie SettingsAccept All
Manage consent