[This article is also available in Polish and Italian. Thanks a lot to Arek and Valentina for the translations!] 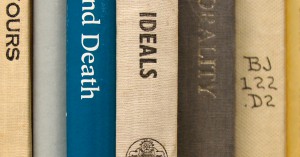 Newly initiated witches, or even those who follow a solitary path, are sooner or later encountered with those five words: ‘Keep Pure Your Highest Ideal’.

Eventually, what seems like a precious and inspiring advice becomes a challenge. Those five words had a special meaning for me when I became a witch, and have been highlighted all along my path. Every time I had to make a decision between what I considered to be more adequate and what I was expected to do, it came to my mind like a mantra:

‘Keep pure your highest ideal; strive ever toward it; let naught stop you, nor turn you aside.’1

At first I thought that it had a lot to do with my Aquarius rising — you know, I’m an idealist. However, in the course of time, I realised that it had much more to do with Witchcraft as a whole; and with the role that our personal ethics (or rather, ideals) play in it.

In the Wiccan and magical community I have, many times, encountered the concept of depersonalisation as a requirement, or a desirable trait, for the operation of magic (or the Craft). 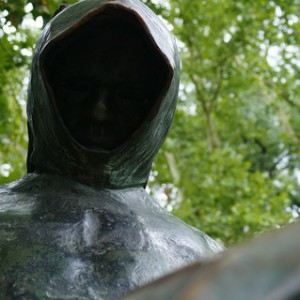 This triggered a lot of inner (and even external) dialogue: ‘How do we enter the Circle?’, ‘How much of ourselves do we bring in?’, or ‘How much of our ideas, emotions, ideals and thoughts make it to that place between the worlds?’. In the end, the answer became quite clear: all of it.

You see, if the Craft is about transformation, there’s no way we are going to transform something that is left on the doormat. Furthermore, while many people love to emphasize how important is to ‘transcend’, the thing is, we do not transcend. Even during specific trance work, if we actually transcended our ‘ego’, we would be done. Finito.

Anyone talking about ‘how people should transcend’ is engaging in the same behaviour of people who talk about ‘how people should be more mature’. And we all know what we’re talking about here… But whether we like it or not, we witches are still very human. In fact, probably because we are stirring up all those individual traits in the process of transformation, they become more apparent.

It is our entire being that becomes initiated and/or devoted to the service of the Gods and the forces divine. When we strip ourselves, we are not stripping our own personal traits and leaving them outside, in fact, we are making them more apparent and sharing them with our fellow coveners and the Gods.

We will, of course, want to keep the ritual conversation focused and keep ‘very mundane’ topics outside. However, this can be found in any other context where people are required to focus in a certain aspect, and has nothing to do with leaving part of ourselves behind.

Intent: the Craft from the Heart and the Gut

If anything, personal traits are, in fact, the axis of the practice of the Craft, and they should be cherished and encouraged. 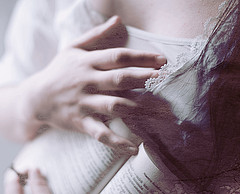 Intent comes from certainty and understanding. And that’s why we regard and celebrate the seasonal festivals: through the contemplation of this cycle we become aware and synchronised with the underlying patterns and rhythms of the Earth – and thus, the Universe.

This understanding, when settled and integrated in our deep mind, becomes certainty (though, a relative one, since this process starts all over again, never reaching an absolute certainty).

Without intent, there is no successful practice of the Craft — just empty words and movements followed to the letter. The Craft comes from the deepest part of our heart, and our gut.

When I realised this, I also realised that, if I wasn’t true to my ideals, if what I do didn’t come from the gut, I wouldn’t be able to practise magic.

In the same way as having an intimate relationship with someone we despise.

Let naught stop you, nor turn you aside

Unfortunately, keeping pure our highest ideal is not as easy as it seems. Many times it means challenging the status quo; which, in turn, generates disapproval from those who fiercely defend it.

In that sense, it is easier to simply go with the majority. This is a very common human trait, shown by Solomon Asch’s popular experiment, in which a subject is asked to participate in a survey with other participants.
The truth is, the other participants have been asked to give collective, incorrect answers to very clear questions, aiming to change the subject’s opinion. Guess what? On a number of occasions it really worked:

For solitary practitioners, this may take form of opinions read in online groups, fora, blogs or even books from renowned authors. In the context of a Tradition, it may be perceived through the interaction with other initiates or groups.
In traditional forms of Wicca, this is even more relevant. Given the autonomy of each coven and the use of mutual acceptance/recognition as means of social and external validation, challenging the status quo could mean jeopardising one’s own acceptance and progression.

One of the most common reactions to the above is to challenge the decision of the person to be part of a specific group while keeping their own ideals. It’s a replication of the famous ‘There’s no I in Team’, but with a religious approach — the underlying message being that one should submit to the ‘principles’ or ‘collective ideals’, leaving his/her own aside.

However, Wicca is an experiential, mystic and orthopraxic religion and, as such, the experience of it is utterly individual and non-transferrable.

I am sure that some may ask: ‘How can you say that you are practising the same religion, then?.’ Well, because I’ve been initiated into a group of that specific religion.

What makes a coven is not the sharing of the exact same beliefs, but the bond between its members. Likewise, the members of a family don’t have to (and usually don’t) think the same way; yet, they are still considered part of the same unity. It’s the bond that connects all the members of the group and makes a collective of them, and thus, gives them power — it has nothing to do with thinking the same way.

If the Circle is a place of Love and Trust, a place of Transformation and becoming our True Selves, then it’s a place where our ideals not only have a place, but a very important one.

Like Morgana mentions in her article ‘The Collective Individual’:

‘In the Craft we recognise both these aspects. On the one hand we advocate self-development, whilst the group ex­perience is also important.’

Between these two we find the rhythm.

It is said that every time a new witch joins the circle, the whole of the group (and its egregore) is affected. The entire mechanism starts working until the new gear has found it’s rightful place, and it settles again.

The same happens when someone leaves.

Therefore, it’s obvious that our individual traits do in fact influence the pre-existing egregore of a working group, and they are essential in the path of becoming who we really are; both as witches, and as human beings.

A Gardnerian witch from the Basque Country, still figuring out things, most of them. I am also webmaster for the AdRosam site, a website of resources in Spanish for Gardnerian Seekers. I am also on Twitter and Tumblr.
Bekijk alle berichten van Alder →
Dit bericht is geplaatst in English articles met de tags ethics, philosophy, Wicca. Bookmark de permalink.