The idea of an ‘outer court’ as a place where group leaders can meet potential initiates, give them some basic training, and then decide if people are ready for initiation, is growing more common.  I spoke with Jean Williams about how Pagan Pathfinders evolved into an outer court, and got her views on how this has happened and what value it has added.

I understand that you became acquainted with the Craft as an experiential tradition back in the mid-1960s.

Jean:  That’s right.  The coven was not a training coven.  It didn’t have any formal training and was sometimes informal in other ways: this notion that you have to ask and you have to wait a year and a day, it was more like “We are going to initiate you tonight unless you say no.”

And you later became High Priestess of the group?

Jean:  Yes, in the mid-‘70s; this was about the time that I started Pagan Pathfinders.  I started that partly as a result of all the work I had done in Humanistic Psychology.

How did you get involved in Humanistic Psychology?

Jean:  As a psychologist who was also on a spiritual path, I became very interested in the ideas about human potential and personal fulfilment beginning to be put forward by the avant garde psychotherapists. Humanistic Psychology emerged from a synthesis of new “whole person” approaches in psychotherapy and the consciousness-expanding psychedelic adventures of the ‘60s. People began to realise that everyone, not just the neurotic, can benefit from these new therapeutic techniques and that we all have enormous potential for personal development. In fact, this application of the new therapies was called “the Human Potential movement”: it used mainly group work, using the therapeutic techniques but in a context where every individual was responsible for their own participation and for going at their own pace. There was no one-to-one patient-therapist relationship. The group work included personal interactions such as problems dealing with anger, expressing emotions, assertiveness etc., as well as working through personal hang-ups.

How did these tie up with being on a spiritual path?

Jean:  People tend to find, when they embark on a quest for personal fulfilment, that they experience high states of expanded consciousness, a sense of oneness with everything. It arouses their sense of the spiritual, but not necessarily a desire for the monotheistic religions. In the ‘70s people in the Human Potential movement went in their droves to India or joined the Rajneesh organisation in Britain. I was already a witch and couldn’t understand why they couldn’t find what they were looking for in our own Pagan traditions. The reason, of course, was that Pagans were disorganised and witches (including me) tended to be very secretive about our spiritual activities.

How did you come to start Pagan Pathfinders?

Jean:  I think it was Fred’s first wife said to me, “When are you going to start teaching some of the things you’ve been learning?”  “Um, um, um, what am I going to do with this?”  I thought well, the Humanistic Psychology people really need some sort of a link with indigenous British spiritual paths, and not always have to go off to the Far East.  At the time I could see there were Wiccan groups falling out with each other and splitting up and members not speaking to each other, and things like that, so I thought, “They need Humanistic Psychology”.  So I thought I’d try to make a sort of blend of the two.  So Pagan Pathfinders became our exoteric training and sieving process, because we got quite a few members who came through Pagan Pathfinders at that time.

It wasn’t meant to be an outer court as such?

Jean:  It wasn’t meant to be that in the first place.  I thought I would rather like to try my hand at something of this sort, and then found that I had a bit of a gift for it, because I used to find all these ideas popping into my head as things do when you’re on the right path.  So it felt as if it were taking on a life of its own.  I thought, “Well if I can do it, anybody can do it.  Why aren’t more people doing this sort of thing?”  Gradually I suppose people have started doing the same type of thing.  Pagan Pathfinders has always had a hefty Humanistic Psychology input:  we use body awareness, dance and meditation for inner exploration of ways in which we limit ourselves and then use pagan myths and images as sources of archetypal inspiration, wisdom and empowerment.

So if you were interested in mythology and archetype, was this British myth?

Jean:  No, it wasn’t actually, because my whole educational background had been much more in Greek and Roman myth.  They were the stories I had read, and they had been sort of built into my education.  Traditional, old-style classical education I suppose.  Then I was very attracted by Egyptian myths. And iconography.  In fact I have never been that much immersed in the British myths.  I always found it extremely confusing.  I suppose somehow it was never very clear with me, the archetypal personalities haven’t emerged.  I suppose it is partly that the Greek and Roman myths and gods and goddesses are so woven into astrology, the naming of the days of the week and things of this sort.

So, Pagan Pathfinders started out as a way to express and teach some of the Humanist training you’d had before.

Jean:  Yes, that’s right:  to explore that particular type of creativity using meditation and pathworkings, and I found I could actually lead a group and get people going into themselves and having an experience.  That again has always been experiential.

So members have the opportunity to learn to about tools for self-exploration, such as pathworking?

Jean:  The idea of Pagan Pathfinders is that people gain insights about themselves, gain new perspectives on their problems and to get inspiration for the way ahead: what they might do to change things in their lives or to let aspects of themselves flower more – that sort of thing.  So hopefully I will be giving people tools for doing that and for empowering themselves, and exciting them about the possibilities and giving them optimism about their lives; but also I hope to show how really easy and simple it is to pass this sort of thing onto other people.  I hope from this that people would be able to prepare their own pathworkings, their own rituals, and manage their own inner exploration and empowerment.

Jean:  Pagan Pathfinders isn’t a one-woman show.  I encourage people who have been attending for a while to have a go.  I might say, “Who’s going to volunteer do a Samhain ritual for Pagan Pathfinders this year?”  Some people, who come, also have experience of other forms of spiritual development. There’s somebody very much into the Gabriel Roth dancing thing (five rhythms) and so once a term she does an evening of dancing and movement.   We have had evenings on Norse seidr, the Celtic tree alphabet and a whole short tarot course.

So instead of being just a guided meditation shop for inner exploration, it has become a place for people with varied skills to come and share them.

Jean:  That’s right, amongst other things.  Some people just come along for the experience.  Each Pagan Pathfinders session usually starts off with some sort of movement, like moving meditation, dancing or chanting, which gets the energy moving, and then there is a sitting meditation followed by either a pathworking or an informal ritual.  That’s the general sort of pattern.

So how have the years of experience in PP fed into the group experience?

Jean:  If something has really worked well in Pagan Pathfinders, I will introduce into a coven meeting, without telling them that that’s where it started.

What about people?  Have you felt a difference in the way that people come in and the way it feels when you get them in with that kind of background?

Jean:  Yes.  It used to be very laborious process bringing people in before, unless they were part of our circle of friends.  Because we had to sort of bring them into our circle of friends, and if they lived outside of London, that often took quite a long time.  So it might well be more than a year and a day, before we knew them well enough to say, “Right, we’ll initiate you.” There wasn’t much of a route for them to come in, and we relied very much on somebody knowing somebody.

Pagan Pathfinders allows us to get to know people much more.  A lot of people who come to Pagan Pathfinders aren’t that aware that there’s a coven.  We don’t publicise it or say there’s a coven.  There are people who are already initiated who come – they tend to talk a little more uninhibitedly than we would.  So other people pick up that maybe there is a coven here.

We sort of take things rather easily in our old age.  We don’t feel a pressure to find new members or to bring new people in, though if someone asks we might possibly consider it, but we are rather happy trundling along with our little group of people who are very faithful attendees for a long time now.  There is a sort of easygoing comfort and closeness in that.  I was very happy to see a couple of initiates set up their own coven, consisting entirely of people from PP.

So when did Pagan Pathfinders start?

Are people sometimes passed into a various groups via a single, linked outer court?

Jean:  I think it does happen.  I have heard of it, yes.  We’re not part anymore of a network of covens – at one point we used to all meet up in a wood outside of Guildford.  That group of covens used to discuss things a bit.  I can’t recall that we ever passed people to each other.   Certainly Madge W. used to do that.  Madge was a great trainer of people.  We could never bear to throw people out, to say, look, go away, and start your own coven.  But Madge would say, look, you’ve got to start your own coven now.  Here’s your High Priest, you two get together and you start a coven, and here is your first initiate.

So perhaps families of covens within lineages.

And that’s what Madge used to do.  I think that’s the best way, yes, families of covens within a tradition.

So much of what I have read that has been absolutely both inspired and inspirational, has come to me privately and quietly.  I don’t think we share our inspired art publicly very often.  We seem to be hanging onto that privacy.

The Americans are much more open about this.  I think that the Starhawk tradition has a lot of very lovely stuff in some of her rituals in her books.

I’m amazed actually at what can sometimes happen in Pagan Pathfinders: we’ve meditated on a particular goddess or god, or a particular personification of some aspect of a season.  I get them to go into it and feel a yearning to contact that deity, and then say “Now, write an invocation.”  I’m amazed at the quality of the stuff.  We draw a circle and then do a pathworking and then everybody reads their invocation, and it’s really powerful, and amazing quality.  Each person has written maybe only about five lines but they all add together to something that’s very beautiful.  People get these wonderful images, and so individual, too.  They all have different perspectives.  I try to encourage Pagan Pathfinders people to let me have copies of what they wrote, so that I can then put them in the Pagan Pathfinders book: they discover that they too can write wonderful things. They can find that little thread of inspiration within themselves. 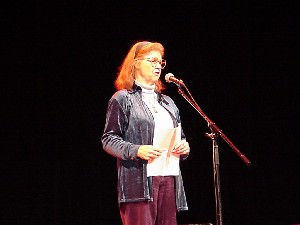 See part 1 of the interview.