The tradition of astral magic is underappreciated in European magic. The ideas of its most prominent and influential practitioner in Europe, Marsilio Ficino (1433–1499), fell behind ceremonial magic in the 15th and 16th centuries, when occultism and astrology were on the rise in Europe due to the newfound accessibility of Greek and Hebrew sources in Latin. In this process Ficino participated as the leading translator from Greek into Latin and presented a medical manual to support the health of his fellow scholars. This manual is comprised of the three books on life (De Vita Libri Tres) of which the third is an introduction into his astral magic. It is my aim in this text to describe astral magic and motivate more pagans to revive it. Medieval European astral magic has been considered one of the predecessors of modern mathematical physics. There is indeed a coherent narrative of the 300 years between the first Christian Kabbalist, Ramon Lull, and the founder of Enochian magic, John Dee, that makes sense if you wonder about how mathematics was introduced into physics in the first place. History of science is not our concern here, but to understand the history of magic better, you should know that, in medieval times, mathematics was restricted to astronomy and the realm of the stars, while the description of the physical world around us involved almost no mathematics. This is due to the cosmological separation between the realm above and below the moon that dominated scholasticism. Keep in mind that the physics we learn in school today, with all its formulas, was developed by Sir Isaac Newton, who was not born until 1642, more than 30 years after John Dee’s death in 1608. The scholastic separation between the stars and the physical world around us was challenged by astrology and symbolic magic because their theoretical foundation requires continuous connection between these two realms.

Ficino’s Three Books on Life was one of many contributions to these 300 years of progress.
Even though Ficino was by far the most active and important translator of works from Greek into Latin and friends with the most influential Hebrew scholars focusing on Kabbalism, his own magical work was more conservative and less fashionable. He mostly drew from sources which were already accessible in Latin for many hundreds of years: mostly Arabic sources and Proclus, a philosopher and one of the last Pagan religious activists against Christianity from the fifth century.

Without the Kabbalist’s promise of higher mystery for the Christian faith, Ficino’s ideas were absorbed and presented as a preliminary of the Kabbalist-influenced ceremonial magic of the early modern period. For instance, the actual father of European occultism, the German philosopher Agrippa von Nettesheim, presents content like Ficino’s in the first two parts of his book about occult philosophy, which are concerned with natural magic, but includes the more practical aspects right within or as a precondition to the third part, which is concerned with ceremonial magic, spirits, and angels in a Kabbalistic fashion. To me, it seems like not much has changed today. Of course, the Kabbalist idea of summoning angels or John Dee’s Enochian magic are not the leading magical traditions anymore, but ceremonial magic, with rituals aimed at invoking higher powers, spirits or deities, is still considered as the highest and most central form of magical practice. This is due to Gerald Gardner and Ross Nichols being influenced by the Freemasons and Rosicrucianism, which both rest on the occultist relations between Germany and the UK after Agrippa and John Dee.

Astral magic as Ficino understood it, however, was designed to break through the classical distinction between natural magic and ceremonial magic to expand the methods of natural magic without leaving its realm. It does so by including the cosmic harmony of the universe into the practice of natural magic instead of just relying on the magical properties of a single object.

An example might help to understand what “including the cosmic harmony of the universe into the practice of natural magic” means. An amulet is the classical hallmark of natural magic: wearing a particular crystal around your neck will support certain aspects of your health. The crystal is chosen for its magical properties, i.e. how it relates in the cosmos to the magical elements, the zodiac, and the planets. According to natural magic, these relationships, which are predominantly formulated in astrological terms, help the magician choose which crystal is appropriate for making the amulet. After the amulet is made, the crystal does the rest, simply by being close to the body. The important aspect here is that there is no requirement for the will of the magician or his skillset. No higher power, spirit or deity is additionally involved either. Natural magic is therefore taken as magic for the common public. In contrast to ceremonial magic, natural magic is, in this sense, magic anyone can do, because it does not require special training or conditioning. Natural magic is thus considered to be fairly limited. It cannot produce any effect which would not happen over time otherwise. In the case of healing, it is “only” supporting the healing powers of the body. When used to boost one’s creativity, you are already able to write a poem, a novel, or a song. The crystal is, at most, simply helping the writing process, which is generally possible without it. The same is true when using natural magic as support for ceremonial magic: selecting the right herbs for your incense or the right crystal for your wand can make rituals a good deal easier, but if you select slightly different materials, it might also work.

The idea of astral magic is to support these material things even further so that their support is even stronger. It does so by simply engraving the symbols of those magically relevant entities into the crystal that was selected by the magician because of its relations to these entities in the first place. The idea is that, through these symbols, the magical properties of the materials are reinforced through their relationship to the cosmic harmony as given by their connections to astrological entities. Therefore, after the engraving, the materials provide more effective support. In so doing, the amulet becomes a talisman. For example, engraving the symbol of the astrological sign Scorpio into your crystal amulet turns it into a talisman that supports antibiotics and your body in fighting against a UTI and prevents complications.

Moving on from classical natural magic to a magical practice that uses symbols but restricts their use merely to symbolise their connections to the stars might seem too restrictive. For occultists like Agrippa and his followers it certainly was. You might wonder, if engravings of astrological or elemental symbols can be used, why not go further and use engravings of stronger symbols, e.g. name sigils of higher spirits, angels, or deities. But you should ask yourself whether adding your willpower, spiritual or divine intervention into your own magical work is necessary or desirable. There are many reasons why you might not want to do so. For some, it might be piety towards the deity being called upon. For others, it might be a fear of the consequences of dealing with higher powers. And some other practitioners might even be atheists or deists who do not generally deal with higher forces. Besides these theological concerns, there is a very interesting magical implication. Ficino was the first to work through this, which is the reason for the praise he has received. Whatever keeps your body running – e.g. its spirit or soul – must be connected with your body at some point. And whatever this link between body and soul might be, it must at least be partly material. How else could it connect to a material body? Ficino called this link the spiritus. This was not meant as in the ghostly kind of “spirit”, but as in drinkable “spirits”. Ficino’s spiritus is a vapour that steams out of the blood (like alcohol when distilled) and connects the soul with the body. Since this link is material, it acts like a crystal or a herb in relation to the cosmic harmony of the universe, i.e. it is affected by the astrological conditions surrounding us. Moreover, since it connects the soul with the body, it must also be magical itself. Its magical properties can therefore be supported just like the magical properties of any other object. According to Ficino, one can therefore perform something that looks like ceremonial magic that is, in fact, not ceremonial magic at all, because it does not call upon any additional higher power, Spirits of the Land, Mother Nature, higher spirits, or deities, you can harmonise yourself with the cosmos (the current astrological conditions as shown by the horoscope of the day) to support your own body and abilities. Besides the theological concerns dealt with before, there is an additional good reason to avoid adding willpower or requests to higher beings: sometimes we simply do not know precisely what we want. It’s possible that we lack some insight into the situation, but we still want to support ourselves anyway. In this case, letting things flow with just a little support is the wiser choice.

This is the actual crux of astral magic. 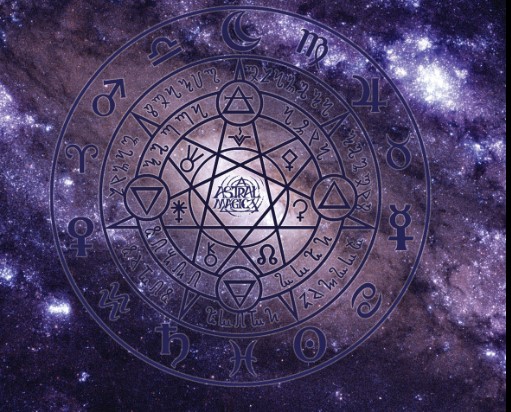 "Morgana is Anglo/Dutch and lives in the Netherlands. She is a practising Gardnerian HPS. Over the years, she has facilitated a variety of Wiccan groups. She is co-editor of the international and bilingual "Wiccan Rede" magazine, which was launched in 1980 and is coordinator of Silver Circle, a Wiccan network in the Netherlands. As International Coordinator for PFI she travels extensively giving talks and workshops about Wicca and Paganism."
Bekijk alle berichten van Morgana →
Dit bericht is geplaatst in English articles met de tags Agrippa von Nettesheim, Astral Magic, European Occultism, Marsilio Ficino. Bookmark de permalink.
We use cookies on our website to give you the most relevant experience by remembering your preferences and repeat visits. By clicking “Accept All”, you consent to the use of ALL the cookies. However, you may visit "Cookie Settings" to provide a controlled consent.
Cookie SettingsAccept All
Manage consent