Review: Wicca and the Christian Heritage – Ritual, Sex and Magic 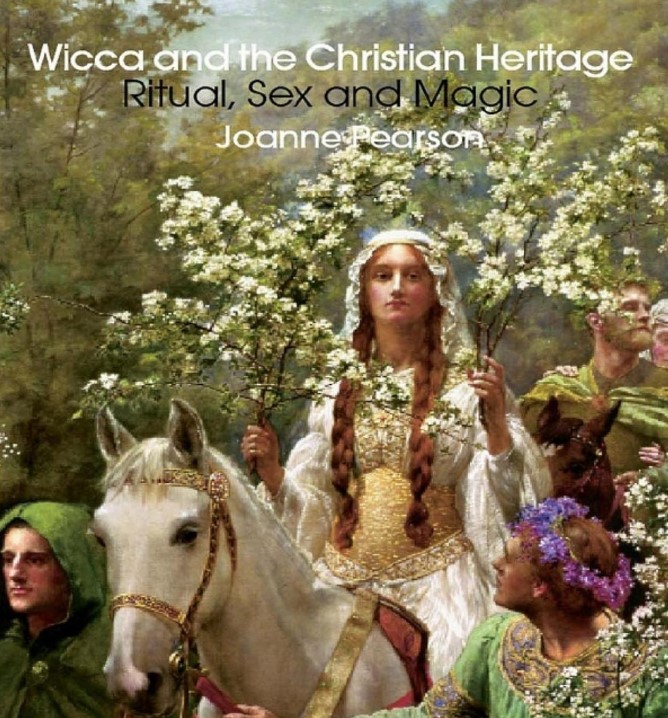 To begin with the end and afterword Joanne writes:

“Wicca and the Christian Heritage has explored an aspect of Wicca’s history that has been disregarded, unacknowledged or ignored. Its concern has been with those elements with marginal variants of Christianity on which Gardner may have drawn in his formulation of Wicca.”

Indeed Gardner could hardly have escaped the influence of Christianity as much as most us having been born in a generally Christian society can’t deny being influenced by Christian values and norms.

However Joanne has highlighted sources that have directly influenced Wicca, as we know it today. I would add however that she is not suggesting that Wicca is derived from Christianity. In fact she points out that it is the “marginalised Christian groups” with which Wicca shares “accusations of sexual impropriety and magical manipulation”.

And who are these marginalised groups? From the point of view of the Orthodox Church it is the occult and esoteric societies, the so-called heterodox churches including those, which Gardner would have been familiar with and even joined, such as the Ancient British Church.

In the chapter “Episcopi Vagantes and Heterodox Christianity” she discusses the various churches and their “wandering bishops”. It was this group of exiled bishops and churches that attracted key figures of “modern paganism and the magic of Ross Nichols, Gerald Gardner, W.B. Crow and Theodor Reuss”.

In the following chapters Joanne discusses other “heretical groups” such as the Templars, Cathars who along with Jews and Witches were accused of satanic practises, sexual impropriety, a plethora of other (magical) teachings and also being pro-feminine.

She also discusses the influence of Aleister Crowley who took sexual magic and practice even further. And his influence on Wicca practise. I should mention here that Joanne has included an elaborate section of notes containing valuable sources of vital interest to Wiccans, including the Crowley material.

An interesting thread in this book is also the discussion of whether Wicca is a Pagan Religion or not. Prof. Wouter Hanegraaf (lecturer at the University Of Amsterdam – Faculty of Humanities):

“He has argued that Wicca is not specifically Pagan being rather ‘.. a neo pagan development of traditional occultist ritual magic , but … the latter movement is not itself pagan. In other words … [Wicca] gradually and almost imperceptibly shades into a non-pagan domain’.”

It is easy to see how he comes to this conclusion when we consider how much emphasis has been laid on the ceremonial aspects of Wicca. When Wicca is seen primarily as a magical system the religious aspect becomes secondary. Of course many Witches see the religious side as being primary but as long as we are talking about Initiatory Wicca there is still an air of exclusivity and underlines its roots again in the occult.

An interesting volume outlining parts of Christian history so vital in our understanding of Wicca as an emerging religion in it’s own right.

Highly recommended to those who are interested in our own roots in Christian (Unorthodox) Tradition.

See also the article by:

"Morgana is Anglo/Dutch and lives in the Netherlands. She is a practising Gardnerian HPS. Over the years, she has facilitated a variety of Wiccan groups. She is co-editor of the international and bilingual "Wiccan Rede" magazine, which was launched in 1980 and is coordinator of Silver Circle, a Wiccan network in the Netherlands. As International Coordinator for PFI she travels extensively giving talks and workshops about Wicca and Paganism."
Bekijk alle berichten van Morgana →
Dit bericht is geplaatst in Boeken, English articles, Recensies met de tags Christian Heritage, Episcopi Vagantes, Jo Pearson, Wandering Bishops. Bookmark de permalink.
We use cookies on our website to give you the most relevant experience by remembering your preferences and repeat visits. By clicking “Accept All”, you consent to the use of ALL the cookies. However, you may visit "Cookie Settings" to provide a controlled consent.
Cookie SettingsAccept All
Manage consent