Hine’s Varieties – Chaos & Beyond
Phil Hine, foreword by David Southwell,
ISBN 978-1-935150-76-3. Original Falcon for ordering.
Also included is an excerpt from one of the chapters and the video of the launch of the book at Treadwell’s on February 13, 2020. Signed copies are also available at Treadwell’s, 33 Store St, Bloomsbury, London WC1E 7BS, Website: https://www.treadwells-london.com/ 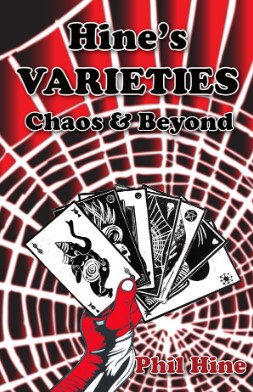 A wordplay on Heinz Varieties this is indeed a rich variety of essays Phil Hine has written over the last 40-odd years. In many parts autobiographical it was also a reminder of my own first steps on the path as a teenager in the North West of England. Some of Phil’s memories had me chuckling… as we dabbled in the psychedelic world of the 1970’s.

Later I would observe much of what he recalls from the Netherlands, after I moved there in 1974. I can certainly relate to his experiences with Wicca and the Occult as he describes them in ‘from Wicca to Eris’ and further. He recalls his adventures in what he calls the ‘chaos scene’ when he moved to Leeds in 1986.

On mentoring, “The central focus of mentoring is the empowerment of the student through the development of his or her abilities. To do this effectively requires that the Mentor respects the uniqueness of that person. We can see the results of dysfunctional teaching when we meet so-called magicians who appear to be little more than mirror-reflections of their teachers, who lack independent voices , and hold the world at bay with their belief-systems which (as Peter J. Carroll once quipped) ‘act not seen as crutches for the feeble, but broken legs for the incapable…’ The tendency to teach magic to others cookbook style, rather than encouraging individuals to twist techniques and theories so that they are relevant to their immediate life experience is responsible for much of the blinkered, narrow thinking of many modern occultists. I suspect that this is due to the fact that many teachers have a position to cling to which involves keeping students around them rather than letting them go off and pursue their own interests. Some of the best Mentors, in comparison, are those who view the mentoring process as a learning experience for themselves.”

At the launch of his book, at Treadwell’s Phil is interviewed by Christina. She asks some pertinent questions and he recalls some of the experiences he writes about. 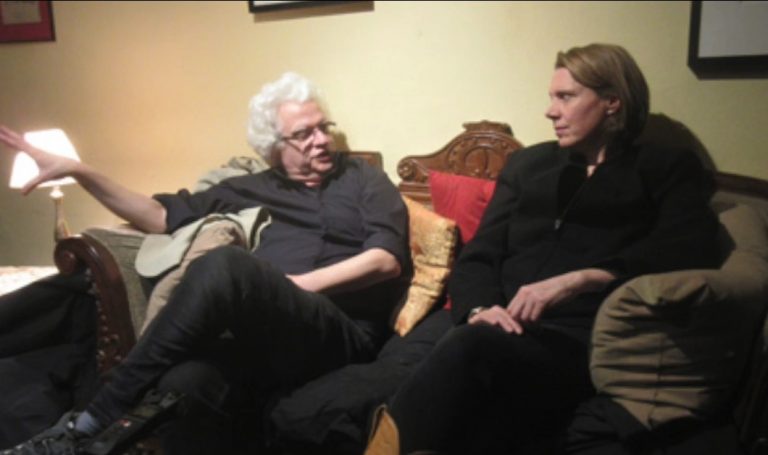 I really enjoyed Phil’s candidness about some very intimate situations in his life.

In the introduction to the section on Sexualities Phil writes,

“My early experiences in occult groups (and reading occult books) with regards to sexuality were not, on the whole, without issues. The prevailing attitude I encountered in the UK occult scene of the 1980s was that if you weren’t straight, you couldn’t be a witch or magician. This attitude ranged across the entire gamut of occult genres — Witchcraft, Ceremonial Magic, Tantra. Even the Neo-Tantra/Sacred Sex movement, which began to become popular in the early 1980s shared this view. Nik Douglas and Penny Slinger’s best-selling Sexual Secrets (first published in 1979) held the view that “homosexual freedom” led to the decline of empires and that gay men should use yoga techniques to suppress their desires and thus avoid “karmic consequences”. Nowadays, it is easy to come away with the impression that the world of Paganism and the Occult has always been accepting of non-normative sexualities. If people aren’t accepting, then it is often laid down to individual aberrations and not embedded culture. It’s easy to forget that in the 1980s and 1990s (in the UK at least) it was not unusual to find people mouthing statements that we would now recognise as homophobic, and largely not being challenged or called out for doing so.”

Some of those statements are still not being challenged but Phil’s book goes a long way in dispelling some myths. As Rodney Orpheus writes, “Hine’s Varieties offers a unique window into the life and spiritual journey of a master magician”.

Phil Hine is a former editor of the internationally acclaimed magazine Chaos International. He has facilitated workshops and seminars on modern magical practice in America and Europe and contributes regularly to a wide range of occult journals.

Other books by Phil Hine:

"Morgana is Anglo/Dutch and lives in the Netherlands. She is a practising Gardnerian HPS. Over the years, she has facilitated a variety of Wiccan groups. She is co-editor of the international and bilingual "Wiccan Rede" magazine, which was launched in 1980 and is coordinator of Silver Circle, a Wiccan network in the Netherlands. As International Coordinator for PFI she travels extensively giving talks and workshops about Wicca and Paganism."
Bekijk alle berichten van Morgana →
Dit bericht is geplaatst in Boeken, Recensies met de tags Phil Hine, sexuality, Tantra, Wicca. Bookmark de permalink.
We use cookies on our website to give you the most relevant experience by remembering your preferences and repeat visits. By clicking “Accept All”, you consent to the use of ALL the cookies. However, you may visit "Cookie Settings" to provide a controlled consent.
Cookie SettingsAccept All
Manage consent