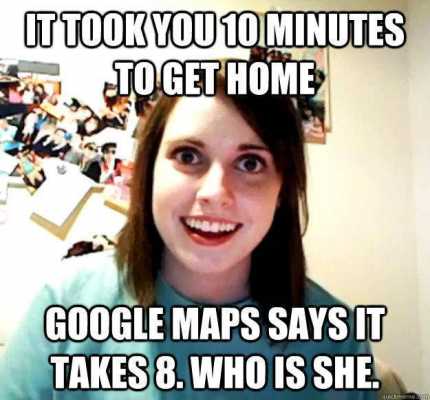 My first instalment demonstrated societies can be understood as ecosystems. When we think of society as an ecosystem, one question moves to the front: people are organisms, but where are the others? Ecosystems are not monocultures. A cultural ecology obviously depends on people and exists at the level of consciousness, so where are the other organisms?

I think there are two additional ones: organizations and memes. Organizations will not be major parts of this series. But they are important enough to give them a little time here and again at the end.

Over and over, we read of organizations subordinating what they were established to achieve to serving their own prosperity and power. One sad example is the Red Cross and its indefensible actions in Haiti. Or consider the many corrupt police departments, so corrupt that a major Hollywood movie was made about an honest cop in New York’s Department. The movie led to reforms, but the reforms did not last.

I have written scholarly stuff on this phenomenon, but for now will simply say organizations often shape their human members to serve the organization, even at the cost of why they originally joined. I will return to this issue at the end of this series.

This section, instead, will focus on the other major organism in the cultural ecosystem: the meme.

Richard Dawkins’s term, “meme,” [1] refers to ideas or actions in their social context. Memes are not my private thoughts, that live or die with me. Broadly defined, a meme is any mental creation that is a unit of cultural transmission. Public ideas such as ‘America’, ‘democracy’, ‘justice’, ‘equality’, ‘God’, ‘vegetable’, and ‘marriage’, are memes. Some memes are not words. The opening chords of Beethoven’s 5th is a meme we would all probably recognize. Shaking hands is a meme. The internet images uniting a picture with a message are memes. Symbols, such as our flag, are also memes, and as the flag demonstrates, sometimes a meme’s meanings can be many and contradictory.

Memes survive, decline, adapt or mutate over time, depending on the mental energy people supply them. To succeed, a meme need only be adopted by others. It does not need to be understood intellectually, and many are not, or are understood differently by different people. For example, “democracy” means different things to different people, even when all use it the same general way.

Memes shape the cultural ecosystem within which we live because we usually think with and through them. They provide the templates for much of our thinking, which would be vastly simpler in their absence. Most of the time, our thinking flows effortlessly within an existing network of memes, without our thinking much about them. The same is true for nonverbal memes. If you want to experience the force of a powerful meme, refuse to shake someone’s hand when they extend it to you, while still seeking to come across as friendly.

Normally our words and customs emerge ‘spontaneously’, giving coherence to our thinking while relying on the networks of other memes surrounding us to provide coherence. Because memes can be complex, we can have a conversation with another, using common memes we understand differently, like ‘democracy’ and never actually communicate, even when we think we did.

While we cannot stand aside and evaluate every meme comprising a crucial part of our cultural ecosystem, we can distance ourselves from particular ones, and evaluate them. Singling a meme out for rational examination is one way to begin distancing our thought from it. When we examine a meme, such as our flag, we usually use other memes to do so, such as America, democracy, justice, imperialism, and racism. As a complex meme, the flag-as-meme connects with all these other memes and more.

We also create new memes, as Dawkins did, although once in the public sphere they are free to flourish or not, independently of their creators’ intent. Dawkins’ term evolved in ways he never anticipated, such as how it is applied in the net. When Robert Heinlein coined the term “grok” he never imagined it would play a role in the future Neo-Pagan Church of All Worlds, let alone in the field of computer programming.

A cultural ecology provides a coherent pattern of meanings and practices within which we live. We are as much its creation as they are ours. A culture is a network of people stretching across generations connected through a mutual dependency on common memes to facilitate useful connections. Like a biological ecosystem, a cultural ecosystem is defined by our interests. There is human culture, Western culture, American culture, Southern culture, and Wiccan culture, for example. And Wiccan culture extends to include more than American, or possibly even Western culture.  So I am not describing a hierarchy, but rather an intricate web. Like biological ecosystems.

Along with people, memes populate the cultural ecosystem, enabling us to be social beings with a language and customs providing common meanings enabling us to communicate beyond simple signals. When we uncritically accept them, as we usually must, from a meme’s perspective we are their hosts, giving them mental energy and helping them replicate.  Memes constitute part of the reality within which we live, and in living, we reproduce some of them by using them. People and memes each need one another. To adapt, each needs the other. To flourish, each needs the other.

Secular scientists consistently describe memes as if they were alive. For example, James Gleick writes:

Memes emerge in brains and travel outward, establishing beachheads on paper and celluloid and silicon and anywhere else information can go. They are not to be thought of as elementary particles but as organisms. The number three is not a meme; nor is the color blue, nor any simple thought, any more than a single nucleotide can be a gene. Memes are complex units, distinct and memorable – units with staying power.

Mark Pagel, another evolutionary biologist, also writes of memes as if they were alive: “. . . the feature of memes we have to bear in mind is that there is no necessary reason they have to help us: whatever form makes them likely to be transmitted, they are likely to adopt.” The idea that the arts and religion serve humankind “must confront the simpler idea that these cultural elements might exist for no other reason than that they have evolved to be good at manipulating, exploiting, or taking advantage of us to aid their transmission…”

From this perspective memes are like organisms needing mental rather than physical energy to flourish. Memes replicate by attracting the attention they need to survive and increase. They do this within individual minds and then spread to other minds through people’s words or other actions.

Is a meme “alive?” Their frequent comparison with viruses is a good place to start. Physical viruses exist on the borderline of life and not-life. By themselves, viruses are not considered alive by most who study them because they cannot reproduce on their own. They depend on host cells for that. Yet viruses can mutate and evolve, as we discover to our sorrow every flu season. Like a virus, a meme can mutate and evolve, and, as a virus needs a cell to replicate, a meme needs a mind to do so. To persist and flourish, memes must ‘infect’ hosts and then overcome barriers to their spread. Like a virus, a meme contains many, but not all, of the characteristics usually attributed to life.

We usually think of viruses as harmful, but scientists have discovered viruses also play important roles in biological evolution. Viruses use nearly every function of a host organism’s cells to replicate and spread. In the process, elements of viral genomes can become part of its host’s genome, and in so doing, change its characteristics. Scientists, such as Dimitri Petrov, believe viruses drive the evolution of cells more than other evolutionary pressures, such as predation or environmental conditions. In invading cells in order to reproduce, viruses can change them so dramatically as to be a major force in the evolution of life.

Memes play an analogous role in human cultural evolution. The evolution of a single meme can be a powerful force in shaping a society. Think about when marriage increasingly changed to become a celebration of loving commitment. At one time in the West, people usually married to create a family, make an alliance between families, out of religious duty, or assuring security in old age. Love didn’t much matter. As Montesquieu once observed in 1712, a “husband who loves his wife is a man who has not enough merit to engage the affections of some other woman.” In such a context, gay marriage was unthinkable.

Once the meme ‘marriage’ incorporated love as a reason for its existence, the stage was set for a major transformation. ‘Love’ came to dominate all other reasons for marriage. A meme thousands of years old changed its central characteristics, and as it did, the once unthinkable became thinkable. In the U.S., marriage for love legitimized marriage between classes, then interracial marriage, where it had previously been outlawed. Finally, it legitimized gay marriage, an idea once inconceivable. Marriage primarily for love was a memetic mutation that ultimately changed the meme’s cultural ecosystem.

We are neither products of forces we do not control, nor the lords and masters of society. We are organisms sharing a mental realm with memes, and, like organisms within a biological ecosystem, our independence is real, but partial. We and memes are interactive agents powered by our mental energy, and over time, both they and we co-evolve together. We no more own our cultural ecosystem than a California Bay tree owns its ecosystem.

Secular science has taken us this far. But we can go farther. I think memes provide a link between mainstream science and long-established traditions in occult and magickal practice.

Part III will explain how and why.

[1] The word meme was first introduced by evolutionary biologist, Richard Dawkins, in 1976. Meme comes from the Greek word mimema (meaning “something imitated”, American Heritage Dictionary). … Not unlike the way that DNA and life will spread from location to location, a meme idea will also travel from mind to mind.

Richard Dawkins, What’s in a meme?

This series of 6 instalments “Viewing the world through Pagan eyes” first appeared in Witches & Pagans.