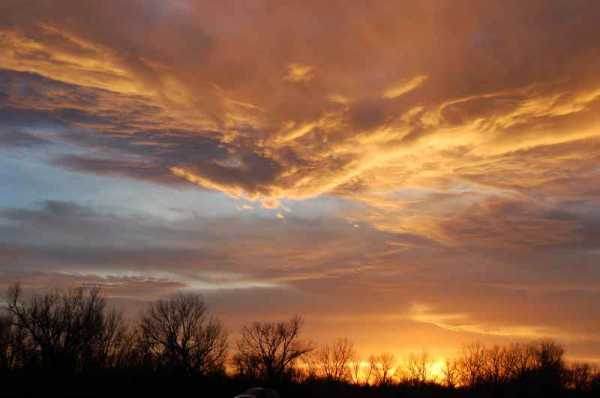 Christianity’s triumph in the West profoundly shaped how Westerners view their world and their place in it. Protestant Christianity, in particular, desacralized the material world, emphasizing the distinction between human beings and everything else. Even if we considered ourselves secular before embracing a Pagan path, we were raised to accept Christian rooted assumptions about reality, assumptions often so deeply rooted as to appear obvious.

Most, if not all, Neo-Pagan religions reject a strong dichotomy between matter and spirit, or between human beings and the rest of the world. We recognize we can enter into relationships with other beings, from Gods to elementals and other spirits, some superhuman, some more our equals and some our ‘inferiors’. Many of us know the truth of this from our own experience. Our spiritual world is strongly relational, which is why so many Pagan ethics, now as well as in the past, emphasize maintaining or re-establishing harmony in relations, rather than obeying a set of thou-shalt and thou-shalt-nots derived from above, or by philosophical deduction.

But, in practical terms, how does this matter? It matters quite a bit.

Christian derived views see the world as a collection of things initially created and ordered by God. Secularists accepting this distinction replace God with predictable laws. There is a deep distinction between human subjectivity, and the objective nature of everything else. Some secular scientists accept the dichotomy but reject consciousness as a fundamental property of reality, hoping to reduce all subjectivity to impersonal objective processes. The ‘illusion’ of mind is a side effect of determinism, and not an active part of reality.

A Pagan outlook implies what we call subjectivity and objectivity both exist ‘all the way down’. People can be studied as if they were simply objects and there is an element of awareness in even the simplest phenomena, but reality includes both. This view is not unique to Pagans, some physicists share it, for example.  But it is rarely treated seriously in many other sciences, particularly the social sciences. The social sciences usually incorporate the distinction between people and the rest of the world or, alternatively, seeks to understand us using the same ‘objective’ approaches used to understand all else.

The world is very different from a Pagan perspective. I will explore how in six instalments, first in showing how the social world is a kind of ecology, merging one distinction between us and nature.

Third, a Pagan approach sees the memes discussed by secular scientists as a kind of thought form within animist and occult traditions. Subsequent pieces will examine how major issues confronting our community look very different look when viewed from such a perspective.

First how might Wicca someday become a world religion. Second, what is the nature of tradition, place and people in reconstructionist traditions such as Asatru. Third is there a place for ‘cultural appropriation’ and ‘intersectionality’ in discussing Neo-Paganism?

I will begin with a small detour into the history of science in general.

Because of Christianity’s split between human beings and the rest of the world, early scientists could argue they were only exploring the physical realm, and not treading on theological matters. During a time of religious war and the church’s use of violence to enforce its power and dogmas, this division enabled free inquiry to enter into one area of life. But what neither scientists nor churchmen appreciated at the time was that, as a community, science developed the ability to correct from within even basic mistakes in its model of the world. Science proved unique among human systems of knowing in having this self-correcting capacity. Although its initial model of the world was shaped by Christian dogmas, it could outgrow them.

Science’s subsequent history led to discoveries that, bit by bit, eliminated Christian assumptions about the world, replacing them with alternatives better able to account for what they encountered. In the process, science transformed itself. The theory of evolution was the most spectacular such discovery.

But the discovery of evolution was more than just a spectacular achievement. It also dissolved a pivotal boundary in a world that defined itself in terms of boundaries. Christians understood the world as fundamentally hierarchical with its order coming from God above. Evolution demonstrated all life was interwoven, connected through networks where complex orders emerged from simpler systems, be they organisms or the ecologies within which organisms lived. Along the way, it upended Genesis and demonstrated we are related far more intimately than we had imagined to the rest of life.

Evolutionary theory explored how species change: one important thread amid a dense network of interconnected threads constituting what we call an ecology. Evolutionary theory emphasizes one thread followed through time, often for millions or billions of years. What we call ecology examines the full complexity of life at a particular place and time, or a small slice of time. Each examines the same web of life, but from different directions.

Discovering how uncontrolled networks created order first occurred within the young social sciences during what we call the ‘Scottish Enlightenment’. David Hume and others solved the problem of how order in society could exist if God did not create it and it was too complicated for us to deliberately create. Whether in customs, language, or the economy, complex networks could evolve over time, even with no one in charge. There is a direct line of connection between these discoveries and Darwin’s later applying similar insights to discover biological evolution.

Jumping to the present, not only have explanations based on networks contributed greatly to many fields, they provide a common framework to unite understanding biological ecosystems with their cultural equivalent. A culture is an ideational ecosystem as the natural environment is a biological ecosystem. One exists at the level of biological reproduction, innovation, and adaptation, the other at the level of mental reproduction, innovation, and adaptation. 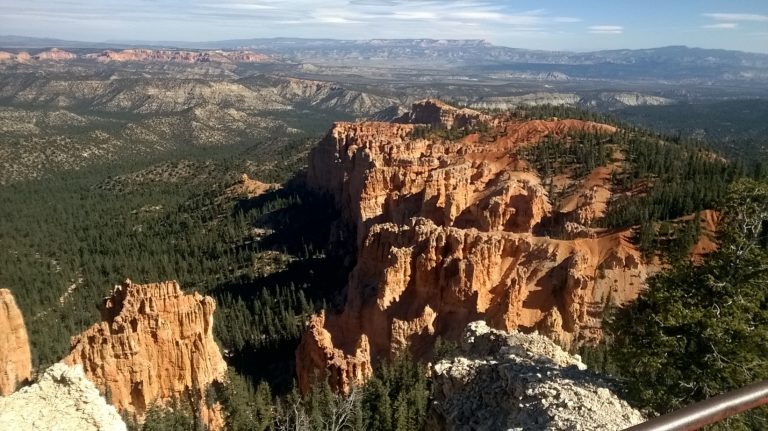 Biological ecosystems are engaged in a complex process of mutual adaptation, sometimes competitively and sometimes cooperatively. The shapes of these interactions varies from organism to organism and context to context, and the individuals involved are always changing, but their overall pattern is relatively stable across generations. A California oak savanna remains an oak savanna even if every plant and animal once living there has passed away, to be replaced by others. The pattern exists independently of particular organisms.

The earth as ecosphere is too complex to grasp in detail. Therefore ecologists examine specific ecosystems within it from particular forests or deserts to the canyons of Utah where tadpoles must mature in temporary puddles before they dry up, or lakes within a forest. What counts as an ecosystem depends on the questions we ask.

Some new species fit easily into established ecosystems; others are very disruptive. In time, the ecosystem may adapt to include newcomers, transform them through evolution, eliminate them, or perhaps themselves change into a different ecosystem due to their influence. This latter happened on some Aleutian islands when trappers introduced foxes who ate the ground nesting birds, which no longer fertilized soils that then became impoverished nutritionally. Rich grasslands became scrubby brush.

We find similar complexity in cultural ecosystems. A culture is a pattern giving structure to how people interact. It also adapts to changes in how people relate, and often does so independently of anyone’s intentions. Cultural innovations may gradually spread, such as tattoos have today. They may largely disappear, such as big band music. They may adapt in unforeseen ways, which I will explore in my next instalment.

Sometimes a culture can change so dramatically so as to become something different, as when hunter gatherers took up agriculture.

When different cultures encounter one another sometimes the changes are marginal, as when Portuguese deep-fried vegetables became Japanese tempura. Other encounters are deeply disruptive or destructive. Much of this latter we call human history.

I will explore this animate reality in Part II. 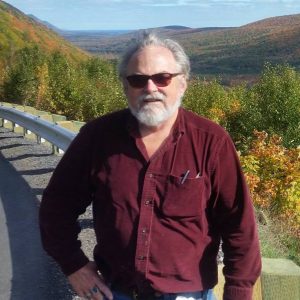 Who is Gus diZerega?

DiZerega combines a formal academic training in Political Science with decades of work in Wicca and shamanic healing. He is a Third Degree Elder in Gardnerian Wicca, studied closely with Timothy White who later founded Shaman’s Drum magazine, and also studied Brazilian Umbanda  for six years under Antonio Costa e Silva.
DiZerega holds a Ph.D. in Political Science from UC Berkeley, has taught and lectured in the US and internationally, and has organized international academic meetings.
His newest book, Faultlines: the Sixties, the Culture Wars, and the Return of the Divine Feminine (Quest, 2013) received a ‘silver’ award by the Association of Independent Publishers for 2014. It puts both modern Pagan religion and the current cultural and political crisis in the US into historical context, and shows how they are connected.
His first book on Pagan subjects, Pagans and Christians: The Personal Spiritual Experience, won the Best Nonfiction of 2001 award from  The Coalition of Visionary Resources.His second, Beyond the Burning Times: A Pagan and a Christian in Dialogue, is what it sounds like. He coauthored it with Philip Johnson. DiZerega particularly like his discussion of polytheism in Burning Times, which in his view is an advance over the discussion in Pagans and Christians.His third volume, Faultlines: The Sixties, the Culture War, and the Return of the Divine Feminine, was published in 2013 and won a Silver award from the Association of Independent Publishers in 2014. The subject is obvious, and places it, and the rise of goddess oriented spiritual movements and our ‘cold civil war’ in historical context.His pen and ink artwork supported his academic research in graduate school and frequently appeared in Shaman’s Drum, and the ecological journals Wild Earth, and The Trumpeter. It now occasionally appears in this blog, http://www.dizerega.com.

This series of 6 instalments. ‘Viewing the world through Pagan eyes’ first appeared in http://witchesandpagans.com/.

2 reacties op Viewing the world through Pagan eyes, Part I