As a singer, a songwriter, and the beating heart of the internationally renowned Celtic rock band, The Dolmen, Taloch is a familiar figure. He is also a serious Esoteric Scientist, an Occult seeker, a Cunning Man, and a life-long, practising Witch. For years an iconic, antler-crowned celebrant at Stonehenge seasonal observances, this coming November he is set to travel to The Netherlands to once again lead the Winter Ritual at Castlefest in Lisse. 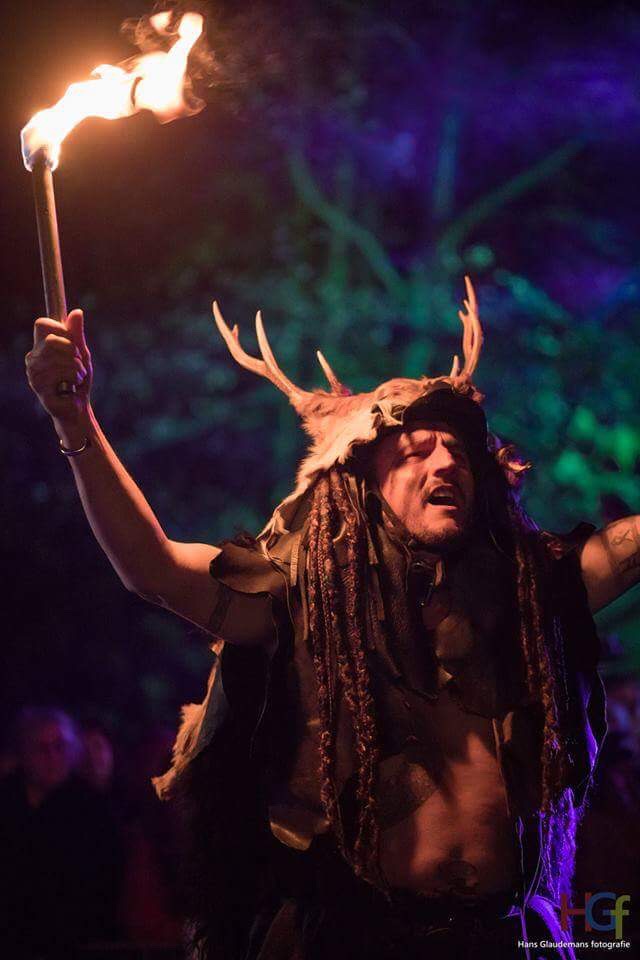 (Winter Ritual at Castlefest in Lisse.)

Rooted in the spiritual heritage of an unusual combination of family bloodlines, his path was set on his paternal side with both Native American and English Romani ancestry, including a lineage arising from the insular granite island of Portland off the coast of Weymouth, Dorset, long known as a place of legend, magic, and fiercely guarded tradition. It was here that Taloch was born beneath a looming thunderstorm and Taurus Sun in the last year of the nineteen fifties, and here that the rich history and tradition of the land began to play an integral part in his early life.

The people of Portland, although within sight of and now artificially connected via bridge span to the mainland, have long considered themselves a world apart. Ringed by lonely coastal paths, ancient cliff caves, and populated in the distant past by furtive gangs of smuggler- pirates, within its deadly swift sea currents are said to dwell sirens, mermaids and supernatural monsters – one must beware the ghostly, black ‘Roy Dog’ that will snatch the unwary over the rock face and into the sea, to be drowned in an instant. Further, a staunch belief in old form Witchcraft had long played a vital part in the community, for Portland is the site of the infamous ‘Conjurer’s Lodge’, a building that stands to this day in the village of Chiswell. Established in 1816 after the local Methodists excommunicated sixty or so church members for ‘heresy and superstition’, the Lodge was for a decade or more the alternate spiritual home of those certain island families who defiantly refused to renounce their ancient and deeply held belief in the existence and effectiveness of Witches and Cunning-folk.

Spending an equally significant amount of his younger life on the historically Druid, magick-drenched island of Anglesey, home to his mother’s Welsh Kale (Romani) family of uncles, aunts and ancestors, it was within this simmering cauldron of folklore and tradition Taloch was immersed, eventually earning, at about age fifteen or sixteen, the spiritual and bardic family name he bears today. All this, along with his later, private training as a protégé of some of the most distinctive names in the history of contemporary magick and occult sciences, served to firmly set his lifelong vocation.

As the founding member of the eclectic Pagan organisation Clan Dolmen International (formerly known as The Dolmen Grove), Taloch has functioned as Ceremonial and Spiritual Facilitator since its establishment almost thirty years ago. (In honour of the individuals and families who refused to relinquish their convictions, the last few years have seen the revival of Conjurer’s Lodge as an inner circle of Clan Dolmen, a place for the study and practice of Traditional Witchcraft, within which he also serves as officiant, instructor, and spiritual adviser.)

A catalyst for change within the lives of countless numbers who have sought out his tutelage and acting as teacher, guide and mentor to people around the globe, he is a proponent and practitioner of the psychological and very real use of personal Magic to bring about positive change and growth in the individual and the world at large.

Taloch observes that all human beings are natural conductors of magick and capable, under certain conditions, of realising and producing it. Magick is perceived by Taloch as a consciously manipulated force that causes change in accordance with the will of the practitioner. It can be further defined as consisting of the mysterious underlying forces that glue the world together: it is the force that ignites the furnace of the stars and the same force that dictates the processes of all cellular, organic life; it is the unknown force that is at the heart of the attraction between proton and electron, between lover and beloved, and is manifest in the great voids between Universal objects large and small.

By manipulation of this natural power found in ourselves and all things, we elicit change not only within the One (ourselves) but outward for the benefit of the Many. Like concentric circles created on the surface of a pond, this force can ripple outwards, embracing and modifying the vibratory nature of all things around us. Yet it is our magickal intent that informs the ultimate effect of our endeavours, whether for good or ill. 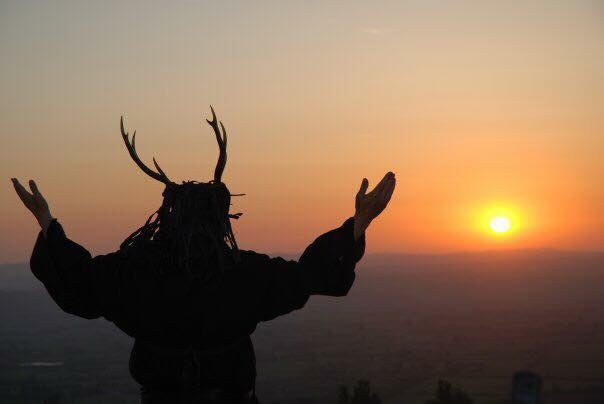 Stewardship of the Clan and its goals are facilitated by members who volunteer their time to the Clan Dolmen International Round Table, with oversight provided by the current Arladhis. It is within this Clan framework that true Magick is made manifest and personal goals accomplished.

In conclusion, Magick, per Taloch, is not based in a religion of any sort but is anchored to an earth-bound spirituality with deep antecedents in human history. Looking far back into our past, we see that almost all human society was at one time aware, by acute necessity, of the cycles of Nature and its echo within our own cyclical lives as well as the world at large. We understood explicitly that we are not only connected to the Earth, we are indeed literally made of it – water (blood), air (breath), fire (passion) and earth (minerals).

Whilst the organic bodies in which we dwell are subject to an ancient and necessary vegetable law, we come, through Magick, to understand that we are also vessels of an indwelling Spirit: the pinnacle of the Pentagram and the point of all communion. 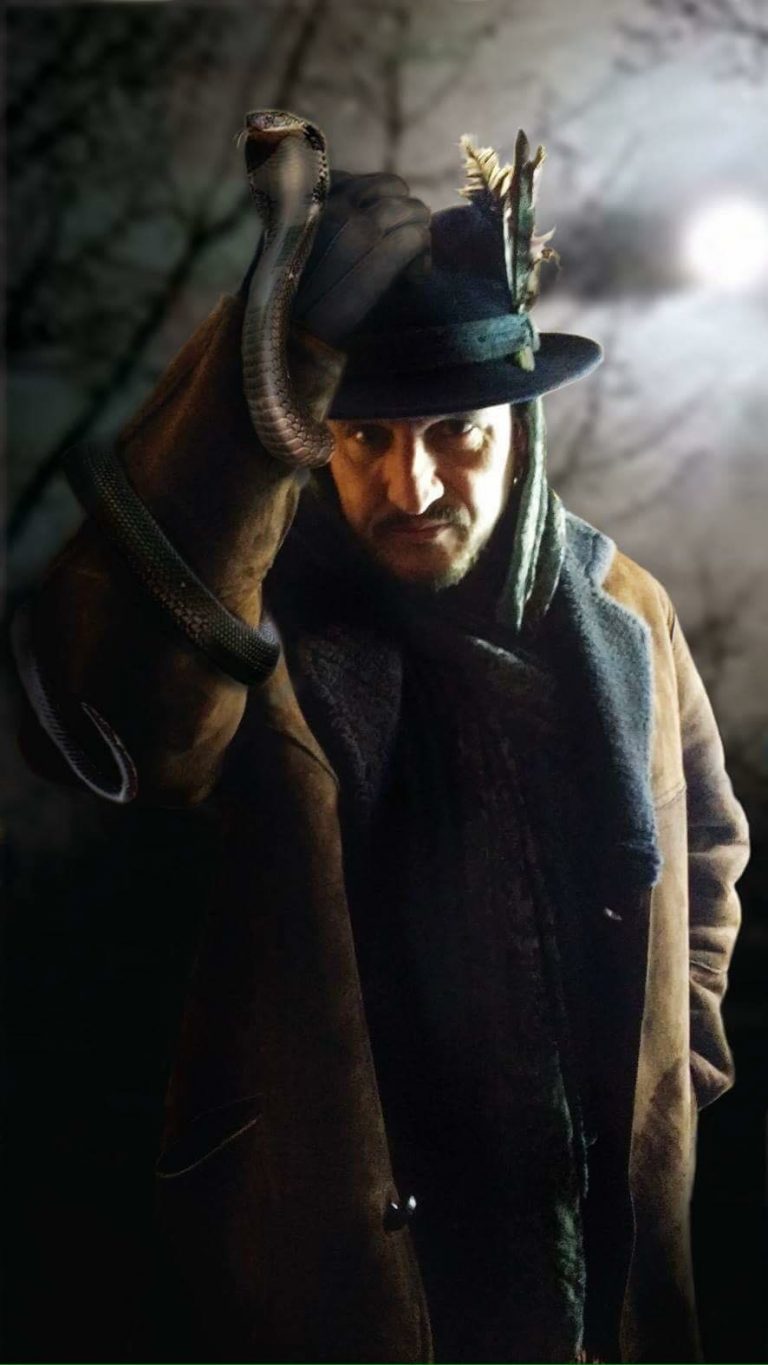