Shaking up your Magick

I’ve been exploring shaking recently. The kind of trance state that is sometimes associated with Seiðr (seething*) magic in the Norse traditions, or simply as ‘shaking’ within the Christian tradition (hence The Quakers et al). There are a couple of good books on the market which explore this approach, Jan Fries Seidways  and Shaking Medicine by Bradford Keeney (which comes with a nice CD of sounds to shake to). 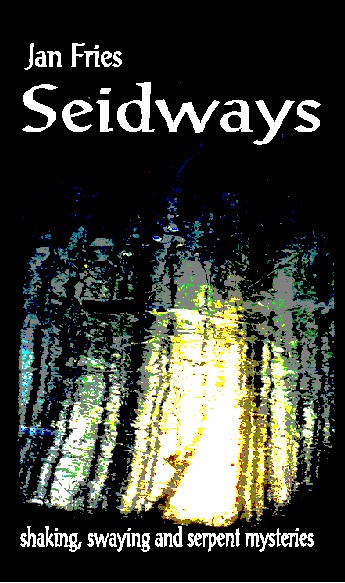 Shaking trance turns up in many spiritual traditions, and there are many techniques you can use to get into that state. But as with most things in magic (especially in the DIY-punk-inspired style of Chaos Magic), no guidebook is as good as your own experience. Playing with this state I’ve discovered that, unsurprisingly, if I spend some time stretching (using yoga, tai-chi and other non-stylised movements) getting into the shaking trance is easier than if I plunge straight in. Sometimes a rattle helps, so there is a neat ouroboros feedback loop feedback from one’s own movements through sound and vibration (even if you’re shaking to pre-recorded sound) and back into movement.

Different shakes can arise. Sometimes they start at the periphery of the body, but for me, the deepest and most powerful ones start at the root – the dan tien[i], the muscles of the core. As with much martial arts practice the idea of allowing movement to arise from the belly, the spot we quite literally grow from (attached to our mothers via the umbilical cord), makes the movement of the arms and legs deeper and stronger than if the limbs are used in isolation.

The shake can go through phases. Faster or slower, moving the body around in the space or keeping it fairly static and merely vibrating; shivering on the spot. The rule is, feel into it and go with it.

So what’s the point? There are many different uses of shaking trance. There are the physical and psychological healing benefits. By shaking ourselves we unblock channels of lymph, energy, blood and mentation. We stir the blood and stimulate the organism with global sensation. Vibrations pass through the organs as well as along the arms and legs. We feel good.

Then there are the more clearly esoteric uses. Shaking trance can be used as a state to build ‘energy’ or ‘gnosis’ for acts of results magick, casting sigils and all that. But for my money, one of the most interesting features of it is the oracular or inspirational use of shaking.

In the context of Seiðr there is a sense in which this trance technique can be regarded as a passive process (as opposed to the more outward moving techniques of rune carving and singing known as Galdr). The practitioner is carried away by the vibrations of the body-mind; spontaneous glossolalia, song and even prophecy may arise. They may be a sense of the body changing into other animal or mythic forms, emotions well up, dislodged from the depth of the mind, floating up to awareness. So although the technique is one we deliberately employ there is very much a sense that the practice unfolds through the practitioner rather than originates from him or her. To use a metaphor derived from Indian esoteric iconography; we create the conditions for kundalini to strike up the Sushumna; we light the touch paper and our occult organism does the rest. We shake out obsolete patterns and dance into the Mystery.

[i] What is the Dan Tien? Dan Tien is one of three energy centers in the body. It is most important for martial artists and energy practitioners. In Taoism, martial art, Qi Gong, and Traditional Chinese Medicine, it is known to be the sea of Qi/Chi, the elixir field, or red field. It is also known as the Alchemical Cauldron. It is not only the storage or reservoir of energy, it is the connection to the rest of our body. Where does the human energy come from? The core. All power which mobilizes the body originates from the Dan Tien. Of all the areas in the human body, the Dan Tien is most important to spirituality because it is the source of vitality and health. It helps you to become magnetic, have greater stamina, be stable, vibrant, strong-willed, and have abundant health.