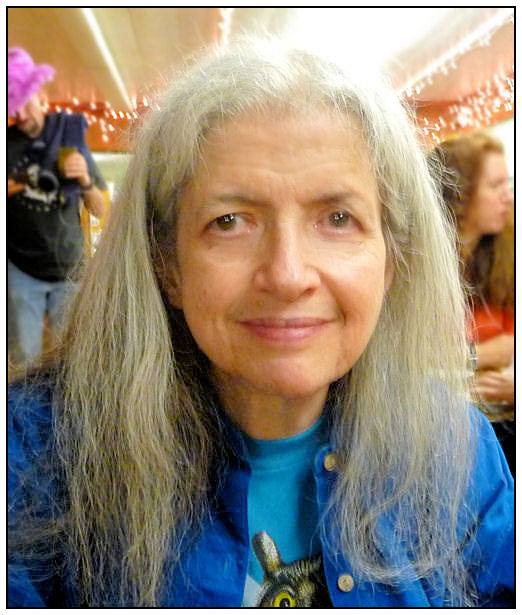 “Judy, also known as Judith Harrow, was born in the Bronx and lived the majority of her life in New York City. She later lived in northern New Jersey. Harrow died on 20 March 2014″ (http://en.wikipedia.org/wiki/Judy_Harrow) I couldn’t believe the news last Friday night when Link texted me from Miami. Judy had been writing on her Facebook page only the day before. We had been in touch since the 1990’s by email. In 2004 at the World Parliament for Religions in Barcelona we met in person. She was a remarkable woman. She was way before her time. I am saddened to read that some people still speak of her in a most disrespectful way because she dared to change things, particularly with respect to Gardnerian Wicca. She was a courageous and compassionate lady and an inspiration to all of us. In the last couple of weeks there have been many tributes to her. I would like to include a few that I have found and have been sent. Fare thee well Judy!

*** In the Wild Hunt Jason Pitzl-Waters writes: On Friday, word emerged slowly through Facebook and private correspondences that Judy Harrow, Wiccan Elder, Pagan community organizer, counsellor, and author, had unexpectedly passed in her sleep. While Harrow may not have been as high-profile as some prominent individuals within our community, she had been hugely influential, laying the groundwork for many of the projects, institutions, and modes of thought we now associate with our movement. Coming to Gardnerian Witchcraft in the middle 1970s, Harrow went on to co-found Proteus Coven, a theologically liberal manifestation of her tradition. Shortly after this, Proteus Coven affiliated with the newly-formed Covenant of the Goddess, with Harrow serving in a number of leadership roles within the national organization in the 1980s. In 1985, she was the first member of COG to be legally registered as clergy in New York City. Founding the Pagan Pastoral Counselling Network in 1982, she would go on to head the Pastoral Care and Counselling Department at Cherry Hill Seminary. In addition, Harrow did important outreach work within the fields of professional counselling and interfaith. – See more tributes: http://wildhunt.org/201 … vmA2FiA.dpuf http://wildhunt.org/2014/03/judy-harrow-1945-2014.html

Fialkora from Ukraine – and National Coordinator for PFI Ukraine –  had the great pleasure of meeting Judy last year, writes: “She was incredibly amazing person. That she was one of those who motivated me to visit her in America. I am grateful to her for her spirit that she gave me the opportunity to live in her house some time during my visit and the ability to communicate with her. Amazing wise priestess…” 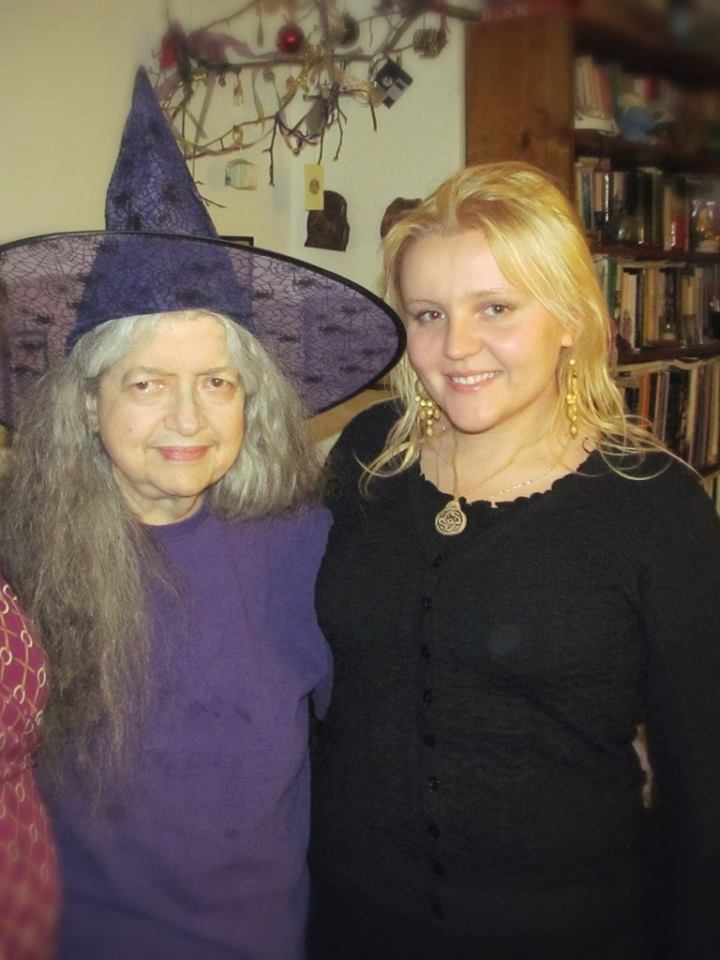 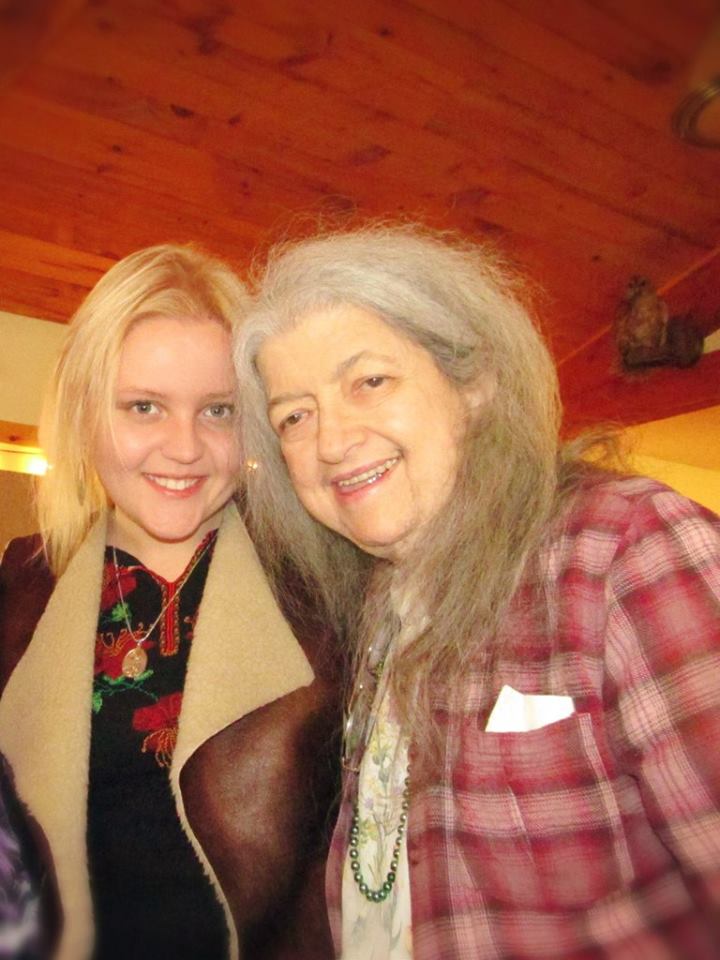 Rowan Fairgrove wrote this of Judy: I posted something on Judy’s wall, not that everyone will see that, so I wanted to share something here. To join the chorus of folks shocked and saddened by Judy Harrow’s sudden passing. I’m not sure when we met, but Judy and I crossed paths many, many times in different ways over decades. She was always thoughtful, feisty, opinionated, warm and full of energy. She believed we could make the world better and she worked to do so — studying, teaching students, writing books and articles, living a mindful life. Her long advocacy for Wiccans to perform marriages in NYC is the reason the requirement that marriage officiants no longer need to have “gone to seminary” to marry someone. Her work with Covenant of the Goddess and in the Interfaith movement represented us and her well. I am blessed to have known her and I am very, very saddened by her passing. 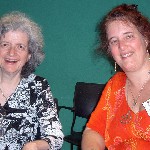 Selena Fox of Circle Sanctuary wrote: Hail & Farewell to Wiccan Priestess, Pagan Elder, & long-time friend Judy Harrow (1945-2014). Word has come to me that she died in her sleep last night. Thankful for her writings, insights, service & many contributions to the Craft & Paganism, Interfaith relations, & the Mental Health profession. Remembering our good times together, including being part of the Parliament of the World’s Religions in Spain in 2004. 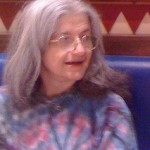 “Columbia, S.C. – The Board of Directors of Cherry Hill Seminary has approved the naming of its online library, the Judy Harrow Library & Information Center. Harrow, recently retired as Chair of the Pastoral Care and Counseling Department, has served the Seminary as faculty since 2000, and for the past year as a board member. The first Wiccan to be legally registered as clergy in New York City in 1985, after a five-year effort requiring the assistance of New York Civil Liberties Union, Harrow has a long record of public service, including:

A Wiccan priestess since 1977, Harrow founded Proteus Coven in 1981, and held several leadership offices for Covenant of the Goddess, on both national and regional levels, including National First Officer in 1984. She founded the Pagan Pastoral Counseling Network in 1982, and served as the first editor of the Network’s publication. Harrow co-created a successful workshop series, “Basic Counseling Skills for Coven Leaders,” which grew into a series of intensive workshops for Pagan elders on a range of topics. She also founded the New York Area Coven Leaders’ Peer Support Group, and served as Program Coordinator for the first Mid-Atlantic Pan-Pagan Conference and Festival, as well as several other Pagan gatherings.”

Judy Harrow the author: She is the author of two books, Wicca Covens (1999), Spiritual Mentoring, (2002), and edited and contributed to Devoted to You: Honoring Deity in Wiccan Practice, (2004). She has contributed to Modern Rites of Passage (1993), Magical Religion and Modern Witchcraft, (1996). Her articles have been published in journals such as AHP Perspective (the newsletter of the Association for Humanistic Psychology), Counseling and Values (the Journal of the Association for Spiritual, Ethical and Religious Values in Counseling), Gnosis, and PanGaia. http://cherryhillseminary.org/blog/news-releases/cherry-hill-seminary-honors-judy-harrow-by-library-naming/

"Morgana is Anglo/Dutch and lives in the Netherlands. She is a practising Gardnerian HPS. Over the years, she has facilitated a variety of Wiccan groups. She is co-editor of the international and bilingual "Wiccan Rede" magazine, which was launched in 1980 and is coordinator of Silver Circle, a Wiccan network in the Netherlands. As International Coordinator for PFI she travels extensively giving talks and workshops about Wicca and Paganism."
Bekijk alle berichten van Morgana →
Dit bericht is geplaatst in English articles met de tags in memoriam, interfaith, Judy Harrow, Wicca. Bookmark de permalink.
We use cookies on our website to give you the most relevant experience by remembering your preferences and repeat visits. By clicking “Accept All”, you consent to the use of ALL the cookies. However, you may visit "Cookie Settings" to provide a controlled consent.
Cookie SettingsAccept All
Manage consent