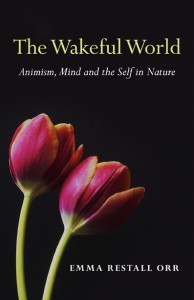 When I was graduating secondary school, and 16 or 17 years old, one of the compulsory subjects in my history class was Marxism. Our teacher told us that (in Marxism) a tree only had value when it was cut down by humans, and cut into planks that could be sold. I was shocked, and totally disagreed. It was however very difficult to explain to my teacher why trees do have a value of their own. He not even accepted the idea that there is a value because trees provide oxygen, or that a monumental tree could be measured in terms of money when damaged. The idea of nature having an intrinsic value was as inconceivable to him as the opposite was to me. In hindsight I believe this particular teacher sometimes took up a position to make us students think, and put our ideas into words. We did have real debates in his class. But I also believe he really could not imagine what to me was so obvious.

Emma Restall Orr wrote a thesis that states that nature’s worth does not accrue from how useful it is proved to be to humankind. (Living With Honour: A Pagan Ethics). When she neared the end of the book she became increasingly aware that it was based upon an assumption. The present book faces the question: What does give nature its inherent value? To sum it up: it reaches to find what nature is regardless of how we perceive it, while also recognising that such perception is what makes us who and what we are.

She takes a slow path, first presenting the questions the book asks, and why it is so crucial that such questions are asked. She addresses our assumptions, what our sources of information are and how we process the information. And because the terminology of such discussions often allows for much misinterpretation, she gives definitions of the words used. What is perception? What is experience, sentience and consciousness?

The book gives a concise history of philosophy, quoting from key texts from the ancient Greeks to present philosophers. It explores the world views of these thinkers – the ones who agreed with their contemporaries and the ones that didn’t. Gradually the focus shifts to panpsychism and animism. It took me some effort to read this ‘academic-quality research’, especially because English is not my mother tongue. But it was worth it! I hope many present-day philosophers will read it, and realise that there are other views possible then their doctrine. And that they will be able to see the extent of their metaphysical assumptions and step outside of them. For animism does exist within educated, twenty first century Western culture. And it may give an alternative view upon nature and the problems we face today. The aim of the writer is to contribute to the discussion, not just proposing answers but to make clear why she thinks these issues are so important to consider. “For perhaps it is only when we have fully addressed them and found our own answers that we can feel a confidence about our place in nature, the place of humankind in general, and from there begin to craft a sustainable future.”