On 27-28 June 2013 an International Interdisciplinary Conference on Magical Text in Ancient Civilizations, organised by the Centre for Comparative Studies of Civilizations at Jagiellonian University in Kraków in Poland, was held. The conference gathered researchers from Hungary, Italy, Poland and Ukraine. They represented various disciplines, among them were: comparative civilizations, comparative religions, linguistics, archaeology, anthropology, history, philosophy.

The papers held at the conference were multicultural in their topics. There were three papers theoretical in their approach. One of them, starting with two models: ‘symbol-reference approach’ and ‘symbol-link approach’, and referring to Geertz’s interpretation of culture as a kind of literary sources, proposed to study those cultures, which are characterized by magical thinking, as sui generis magical texts.

The second paper discussed theoretical and practical aspects of the texts considered as magical. The authors of the paper argued that that delineation of the aspects conditions a possibility of the definition of correlation between philosophy, religion and magic.

The third paper in this group presented different attitudes towards characters of script in Mesopotamian, Egyptian, Maya, Chinese and Scandinavian writings. One group of the papers referred to Asian cultures – both from Far and Near Asia. Among them was a paper about examples of origin, use and variety of magical texts of two main branches of Daoist religion: Zhengyido and Quanzhendao, which are a part of Chinese culture.

Other papers compared a motif of a healing herb contained in several Atharvavedic hymns (healing herb of Kushtha) and in ancient Chinese literature, in the texts (Dong Tao Xing, Tian Wen; poetry of Li Tai Bo) influenced by Taoism. The paper on magic in the Tibetan text The nine ways of Bon discussed various possible equivalents of the scientific concept of ‘magic’ in the Tibetan Bon tradition analysing all nine paths described in the text. 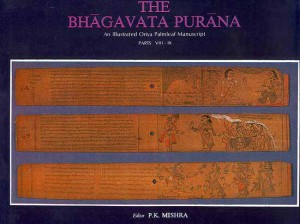 Another paper was dedicated to a presentation of the ritual which can be interpreted as a magical ritual protecting the body of a warrior in the battle. The description is found in Bhāgavata Purāṇa – the ancient text from India. The appearance, acquisition and application of magic weapon, as described in the texts of the Hindu tradition, was the topic of other paper from this culture. The author of this paper drew attention to the process of making such a weapon that involved magic, including mantras as magic formulae. Another ancient Indian text (Śatapatha Brāhmṇa), presented as a source of magic formulae of immortality, which had to be passed three times to receiver, with each time reduced in wording, as it seemed to be too complicated for the receiver. The text of Śapathabrāhmana with Prajāpati, who manifests himself in the world during creation, was a base for an exploration of the ancient Indian ritual in terms of conceptual metaphor, which was presented by the next researcher. The usage and meanings of the term brahman in the early periods was discussed in another paper. The author of the paper presented the evolution of this term starting with the earliest Vedic texts, through ritual manuals, to the philosophical speculations. 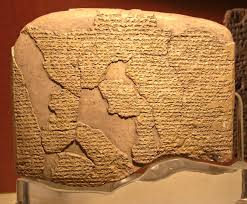 The authors of other papers discussed  the texts with magical meaning deciphered from clay tablets dated to the 13th century BC, discovered in ancient Hattusa (Bogazköy) on the territory of present Turkey. These texts were compared to the similar ones from Egyptian New Kingdom. The author of the paper on the Middle Persian text of Mādīgān-ī Yōšt-ī Fryān considered it to be a pre-Zoroastrian magical text, which was adapted into Zoroastrian tradition earlier being modified by removing magical features of myth.

The author of the paper on mezuzah – a piece of a parchment containing a divine name Shadday and two short passages from the Biblical Book of Deuteronomy – argued that it is a magical text having an apotropaic and a fertility-securing aspects. Other magical texts, that were presented, came from the religious Ugarit literature. Some of them have a form of an incantation. They contain mnt, which denotes the enumeration of goddesses. The author of the paper on the genealogy of Shem (Book of Genesis 10:21-32) concentrated on the proposition given by Oskar Goldberg and its consequences. The paper referring to Arabic culture contained an analysis of Forty Names – a short medieval Arabic magical text, probably dated to the 12th century. The treatise is an example of a work on popular and practical magic representing the science of the divine names and their secret characteristics that was one of the traditional occult discipline of Islam from the late Abbasid up to early Ottoman period.

There was quite a strong group of participants presenting their research from the Egypt area. One of them comprised an analysis of the Litany of Neith at Esna, which confirmed the existence of a speculation on the nature of the god, which respects the ancient models and also is able to talk with the new doctrines of the Mediterranean world. Other archaeological research led to a discovery of magic texts in the Monastery Nekloni (Fajum). Some of them could be dated to the end of the 5th century. One of them is of medical nature, containing a spell against fever.

Other paper discussed the spells for protection of the body from the corpora of funerary literature, as well as magical spells of the living from the Third Intermediate Period with reference to texts from other periods. Graffiti of visitors of the Greco-Roman period, often of character of religious ‘proskynemata’ including some elements of magic, discovered in the tomb of Ramesses VI in the Teban Valley of the Kings, were discussed in the other paper. The author of the paper on magic in the textual and pictorial materials found on the 21st Dynasty Theban coffins underlined the representations of the mythical figures evoking magical forces, like Heqa, Thot, Isis. The paper devoted to the Pyramid Texts aimed at giving a statement whether all of them or only some parts were considered as magical, and what kind of magic it was. Of special interest were excerpts known as ’the serpent spells’.

The author of the next paper discussed a short history of the scholarly discovery of those manuscripts from the Egyptian Museum in Turin that might be considered as magical texts. The Great Magical Papyrus of Paris was presented by other researcher as an example of a strong convergence of ritual ability and theological discourse, which as a result brought a new ’theology’, where the religious traditions of the various peoples of the Mediterranean world merge in a vast cosmosophic perspective with strong solar marks. The aim of other paper was to examine some papyri texts and archaeological objects (e.g. magical gems, semiprecious stones engraved with figures of various deities) with relevant elements of comparison. By doing this the author of the paper wanted to draw attention to important elements that could help to understand the complex phenomenon of magic in late Antiquity.

The author of the paper on the funerary context of Greek-Roman magical practices presented various connections between magic and the world of the dead, which culminated in the direct use made of corpses and graves for the purposes of magical actions. About the discovery of the fountain of Anna Perenna in Rome, being in use in the period of the late Roman Empire, and the materials related to the cult of the goddess and to magic was other paper. Among the materials are more than 24 defixiones and magical texts, voodoo dolls found in the containers.

One of the papers elaborated on a recently found curse tablet from the well of Anna Perenna in Rome, which bears the following inscription, originally in Latin: “Let us beg your goddesses and our Christ tomorrow.” Explaining the difference between the Christian sacraments and magic formulas the author of the paper, referring to texts of Pseudo-Dionysius the Areopagite, Saint Augustine and Maximus the Confessor, stressed the spiritual intention and the very origin of the formulas of the first kind.

There was also a paper whose author presented various Celtic texts, which could be considered as magical – from lead tablets deposited in holy springs to chantings and satires preserved in Irish literature, but also a calendar, however, under the condition that the changes made in it, which were to bring luck, were considered.

In other papers magical texts from Viking culture were presented. Among them were poems from the work commonly known as Edda, as well runic inscriptions. There was one cross-cultural paper. Its author was analysing magical power of the ancestors and their names passing in the collective memory from generation to generation. Germanic and Roman cultures were used as examples, although there were also connections made to the present times.

Biography: Bożena Gierek, PhD in Philosophy (Comparative Religion Studies), lecturer in the Centre for Comparative Studies of Civilizations at the Jagiellonian University in Kraków, Poland. Her research focuses on Celtic culture, comparative cultures (approached through anthropology) and on non-verbal communication. She is the author of numerous publications, both articles as well books, and is also the co-author of lexica and encyclopaedias in the field of religion. Her most important publications are: Celtowie [Celts], 1998; Tradycja celtycka w życiu religijnym współczesnego społeczeństwa irlandzkiego [Celtic Tradition in Religious Life of Contemporary Irish Society], 2002; Religie Celtów [Religions of the Celts], 2013.

"Morgana is Anglo/Dutch and lives in the Netherlands. She is a practising Gardnerian HPS. Over the years, she has facilitated a variety of Wiccan groups. She is co-editor of the international and bilingual "Wiccan Rede" magazine, which was launched in 1980 and is coordinator of Silver Circle, a Wiccan network in the Netherlands. As International Coordinator for PFI she travels extensively giving talks and workshops about Wicca and Paganism."
Bekijk alle berichten van Morgana →
Dit bericht is geplaatst in English articles met de tags Celtic, Germanic, magical scripts, Romans, texts. Bookmark de permalink.
We use cookies on our website to give you the most relevant experience by remembering your preferences and repeat visits. By clicking “Accept All”, you consent to the use of ALL the cookies. However, you may visit "Cookie Settings" to provide a controlled consent.
Cookie SettingsAccept All
Manage consent