Review: Of the Wand and the Moon

I had heard of ‘Of the Wand and the Moon’ from Denmark  about two years ago and knew them via YouTube clips such as this, ‘Raven Chant‘.

I really like their music so was overjoyed when I found out they were playing at this years ‘Summer Darkness’ festival in Utrecht.

And I wasn’t disappointed. They appeared in the renovated church at Leeuwenbergh, near the Maliebaan, Utrecht.

Most of what they played was new to me except for the numbers ‘I crave for you’ and ‘My devotion wll never fade’.  With a rather avant garde film playing in the background they were more theatrical/arty than I had expected. I was expecting a more dark folk band. I knew them classed under the  ‘Neo-folk’ genre and the associations with the extreme right wing. Nevertheless I was impressed at how close they sound to their albums. And if they were neo-nazis I didn’t notice. 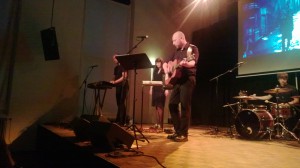 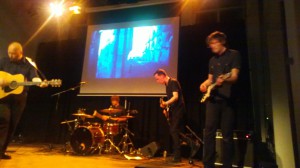 After the concert I later bought a couple of their older albums (from Bol.com… 🙂 ) and have not regretted it. 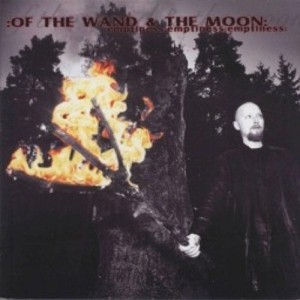 The second album is actually the second half of the above album and is called ‘Lucifer’. Again the hypnotic hearthrob sound leads us to a dark, dank place. 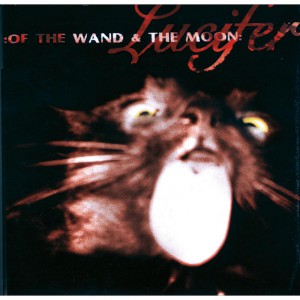 Links:
– FFI Website
– An interesting piece about OTWATM including an interview with Kim Larsen touching on politics and runes and so on.
– Certainly an interesting band and if you don’t know them check them out on YouTube or their Facebook page.

"Morgana is Anglo/Dutch and lives in the Netherlands. She is a practising Gardnerian HPS. Over the years, she has facilitated a variety of Wiccan groups. She is co-editor of the international and bilingual "Wiccan Rede" magazine, which was launched in 1980 and is coordinator of Silver Circle, a Wiccan network in the Netherlands. As International Coordinator for PFI she travels extensively giving talks and workshops about Wicca and Paganism."
Bekijk alle berichten van Morgana →
Dit bericht is geplaatst in English articles, Muziek met de tags Danish music. Bookmark de permalink.
We use cookies on our website to give you the most relevant experience by remembering your preferences and repeat visits. By clicking “Accept All”, you consent to the use of ALL the cookies. However, you may visit "Cookie Settings" to provide a controlled consent.
Cookie SettingsAccept All
Manage consent