Lady Margaret’s Journey of No Return 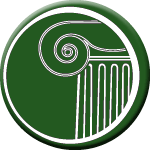 It has been said that the forest knows all and is able to teach all, and there is a French proverb to the effect that the forest, which always listens, has the secret of every mystery (Porteous, 2002, p.12). Perhaps that explains why it was to the forest the young Buddha turned for inspiration. “It is told that in his youth he was never so happy as when sitting alone in the depths of the forests lost in meditation; and it was in the midst of a beautiful forest that he was shown the four great truths” (ibid. p.13).

Life-changing journeys frequently involve passing through some kind of gateway:

The ‘clashing of rocks’, the ‘dancing reeds’, the gates in the shape of jaws, the ‘two razor-edged restless mountains’, the ‘two clashing icebergs’, the ‘active door’, the ‘revolving barrier’, the door made of the two halves of the eagle’s beak, and many more – all these are images used in myths and sagas to suggest the insurmountable difficulties of passage to the Other World (Eliade, 2003, pp.64-65).

It is highly likely that a number of what we know as fairy tales, as well as ballads, were in fact once accounts of shamanic journeys, and the following extract from Perrault’s tale of The Sleeping Beauty in the Wood, which is all about crossing the barrier between the two worlds that Eliade refers to, serves to illustrate the point:

“Scarcely had the Prince advanced towards the wood when all the great trees, the briars and the thorns, moved aside of themselves to let him pass. He went on towards the Castle at the end of a grand avenue into which he had entered, and what greatly surprised him was that no one could follow him, because the trees had closed in again as soon as he had passed”.

In this version of the ballad of Hind Etin, it is Lady Margret who is tempted to cross the barrier between the two worlds, and to enter the woods, but in her case there is no return. Jung once wrote that “The purpose of the descent as universally exemplified in the myth of the hero is to show that only in the region of danger … can one find the ‘treasure hard to attain’.
But setting out on such a journey is always a gamble and sometimes
there can be a price to pay for not being prepared to choose the kind of quiet life most people settle for.”

41B.1     MAY MARGRET stood in her bouer door,
Kaiming doun her yellow hair;
She spied some nuts growin in the wud,
And wishd that she was there.

41B.2     She has plaited her yellow locks
A little abune her bree,
And she has kilted her petticoats
A little below her knee,
And she’s aff to Mulberry wud,
As fast as she could gae.

41B.6     But he has tane her by the yellow locks,
And tied her till a tree,
And said, For slichting my commands,
An ill death sall ye dree.

41B.7     He pu’d a tree out o the wud,
The biggest that was there,
And he howkit a cave monie fathoms deep,
And put May Margret there.

41B.9     Na rest, na rest May Margret took,
Sleep she got never nane;
Her back lay on the cauld, cauld floor,
Her head upon a stane.

41B.11   He took her out o the dungeon deep,
And awa wi him she’s gane;
But sad was the day an earl’s dochter
Gaed hame wi Hynde Etin.

41B.12   It fell out ance upon a day
Hynde Etin’s to the hunting gane,
And he has tane wi him his eldest son,
For to carry his game.

41B.14   ‘My mother’s cheeks are aft times weet,
Alas! they are seldom dry;’
‘Na wonder, na wonder, my eldest son,
Tho she should brast and die.

41B.15   ‘For your mother was an earl’s dochter,
Of noble birth and fame,
And now she’s wife o Hynde Etin,
Wha neer got christendame.

41B.16   ‘But we’ll shoot the laverock in the lift,
The buntlin on the tree,
And ye’ll tak them hame to your mother,
And see if she’ll comforted be.’

41B.19   ‘For I was ance an earl’s dochter,
Of noble birth and fame,
And now I am the wife of Hynde Etin,
Wha neer got christendame.’

Taken from The English and Scottish Popular Ballads by Francis James Child. Boston, New York, Houghton, Mifflin and Company [1886-98]. Ballads originally transcribed by Cathy Lynn Preston. HTML Formatting at sacred-texts.com. This text is in the public domain. These files may be used for any non-commercial purpose, provided this notice of attribution is left intact.

Porteous, A. (2002) The Forest in Folklore and Mythology, Mineola, New York: Dover Publications, Inc. (Originally published by the Macmillan Company, New York, in 1928).