One of the greatest dangers of the occult world is that of glamour.  It stunts our spiritual development, sending us down false roads and tempts us away from the spiritual quest.  It entices us to be more concerned with what others are doing, fancy titles, having the authentic tradition, engaging in politics, expensive tools, status etc.  The Witch Dave Bracey said that, “glamour is akin to the difference in seeing a scene by soft moonlight and the observation of the same scene by bright sunlight.  The former may be more romantic, but the outlines are more defused and we are liable to make mistakes and trip as we traverse the landscape”. 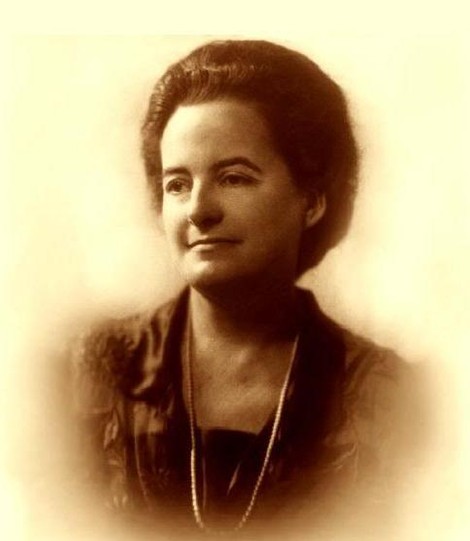 The concept of glamour was first coined by the theosophist Alice Bailey.  She said that glamour is the confusion of the real and the illusion.  Put simply, this is where we confuse the world for how we would like it to be, for the way the world is.  It is when our view of reality is incongruent with our experience of it.  Bailey claimed that it is where the desires of the personal are mistaken for the drives of the inner self.  This colourful use of metaphorical language simply means that we mistake our wants for our needs.

So often we can be caught up in the snares of false colours, where the trappings become more important than the ritual that they support; or the ritual becomes more important than the people participating or the experiences the ritual communicates.  It is when the need for fancy velvet robes and tools becomes an end in itself.  This is where people believe that by attending a wand making workshop or having an altar in their bedroom that they are doing witchcraft.  There is nothing wrong with tools, as long as you use them in full knowledge, but you don’t need them, they are not an end in themselves.

Glamour is where we believe that our ritual has to be done on such and such a date.  That the Samhain Sabbat must be performed on the 31st October, or on the proper date in the old Julian calendar.  It is the belief that the ritual should follow the exact same words as Gerald Gardner’s Book of Shadows (which one?).  This is where ‘rote’ is mistaken for ‘rite’, and the words are taken to be more important than the mythology it enacts or the mystery it points to.  It is when people become ritual junkies, with a ritual for every occasion, or where they feel the constant need for magical protection and banishing.

It is glamour that encourages people to give themselves imposing titles as a substitute for deeds and accomplishments.  Is the title of High Priestess an example of this part of glamour?  It can be, especially if it is taken to be some kind of high office which confers unearned power and status.  In the Craft, High Priestess refers to a job title that has to be earned.  She is the servant of the coven which means she is the one running around making sure everyone else is having a good time.  The coveners’ experience comes first.  She is the one that deals with problems, hosts the meetings, cleans the toilets, answers calls in the middle of the night and gives up her time for the coveners.  She does a lot of the organizing and leading of rituals and as such needs the skills in order to do the job properly.  These skills are hard won through practice and experience.  So those who claim to be high priestesses, looking for status as a bolster to their egos, without having put in the time and effort to earn the job role certainly are englamoured.

It is glamour when we mistake the messenger for the message.  This is where we believe that the symbol is more important that the numinous experience it represents.  Worrying about the directions in which pentagrams are drawn when calling the Mighty Ones, rather than the experience itself.  It is the belief that an Athame must only ever be used in ritual, or that a common kitchen knife is what a ‘real’ Witch would use.  Either or, neither is intrinsically better, it is horses for courses and whatever tradition is followed.

It is also when we believe our myths, our metaphors and our superstition of choice to be intrinsically better than anyone else’s.  Christians have a very different mythology to Witches, and while you may want to make judgement about how their myth is appropriate to your life, it seems inappropriate to say that one way of ‘making sense of life’ is any better than another.  No one system of thought, practice, mythology, science or metaphysics can capture the majesty and absolute wonder of the complexity of the cosmos.  Therefore all such systems of thought and meaning are contingent and situated.  Like the postmodernists I believe that there is no grand narrative; agnosticism seems the wisest position to take.  Be suspicious of those who think they have a definitive view of the Gods and what they are. 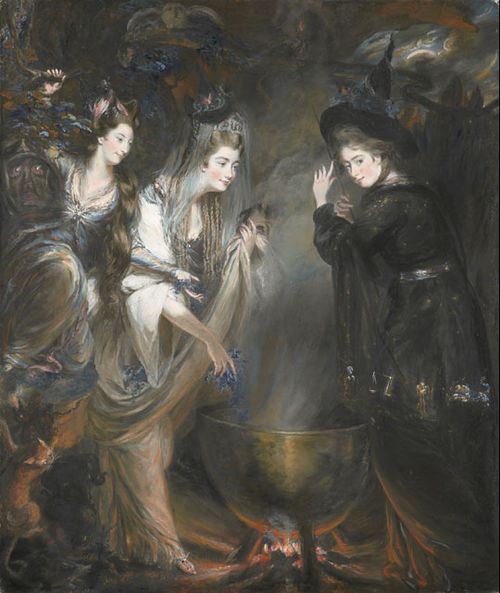 (The Three Witches From Macbeth. Fascinating painting by British portraitist Daniel Gardner (1750-1805), of the three witches from Macbeth, showing Elizabeth, Viscountess Melbourne, Georgiana Duchess of Devonshire and Anne Seymour Damer as they appeared in private theatricals at Richmond House, London, in 1775.)

It is glamour when people believe that they have the ‘one true path’.  It is common for newcomers to the Craft who have just had their first numinous experiences to think that their way is the only way.  With time they should grow out of it.  The internet forums are full of ‘traditional witches’ who believe they have the authentic Craft.  It is glamour when we judge a practice on how old we believe it is rather than on whether it is effective.  It is glamour that encourages some to be more interested in what other people are doing (wrong) than worrying about their own practice.  This is a great distraction from the business of getting on with the Craft itself.

Glamour is when sickly emotionality clouds our judgement.   Some people want to be healers because they want people to see them as special, spiritual and good, rather than them having a genuine concern for their patients.  This is true of some who claim they are psychic.  They want to be seen as special and spiritual.  They make vague statements like, “I am feeling a bad energy in this house, or an old man and his cat lived here who died from old age”, without any attempt to back it up.  Glamour is found in those people who give ‘psychic’ advice to vulnerable people without any thought to how that advice will influence them or upset their life.  That is not to say that sometimes people have intuitions or access to information that is hard to explain, or that playing the psychic card is a good way of giving people advice they need to hear but would not otherwise take on board but is has to be done with personal integrity and responsibility.

It is found in those that feel the constant need for therapy, going from one crisis to the next.  They feed off the attention given to them by healers and rescuers.  It is an under or over-estimation of your own abilities, hubris or false modesty.  It is maintaining that outmoded philosophies and practices are still valid when there is plenty of evidence to the contrary.  It is seeing the world the way we would want it to be rather than the way it is.

It is also when we prefer cold logic over heartfelt conviction.  This means participating and buying into a system that robs us of our humanity and creativity.  According to “Doctor Who and Philosophy” by Lewis and Smithka, this is what the Daleks are metaphors for.  Remember the Doctor always defeats the Daleks by acts of creativity.  Glamour is where we miss seeing the beauty and sublime in an over emphasis on reductionism.  This is when we say it is only just this or that, for example the Mona Lisa is just paint molecules, or love is just the release of the oxytocin hormone.  Neither is true, both are inappropriate reductionist perspectives and we miss the beauty of the whole.

Glamour is not a ‘be and end all’; it is not a separate thing, but rather clouds our experience in varying shades of grey.  It continues throughout our occult career, no matter how long we have been involved and how experienced we are in the Craft.  It reoccurs at different levels and through different times and situations in our lives.  We are always englamoured and so working through it is an ongoing process.

There are, however, some ways to counter our englamourment.

Firstly by working in a well-established and experienced coven.  There will always be someone there who will be kind and strong enough to tell you that you are englamoured and away with the fairies.

Secondly, you have to be able to set aside your ego and be able to take constructive criticism and advice.  Listen to it and don’t just react emotionally.  Consider and reflect upon it seriously and if the person was wrong about you, you can always tell them so at a later date.

Thirdly, write your personal myth and examine it for reoccurring patterns.  You may or may not want those patterns, but unless you know they are there you can’t change them.

Fourthly, meditate on yourself and your motives.  Watch how you interact with others, think about and constantly review your beliefs, attitudes and values; do they reflect your experience of reality or are they illusionary ego/persona driven.  Know thyself.  Maybe keep a diary on which you can later reflect on your motives, actions and results.

Fifthly, be involved in the real world.  This means you should not just hang out with occultists and pagans who agree with your world view.  Hang out with other types of people as well; people who don’t necessarily share your views.  Have your views challenged to see if they stand up to the bright light of examination.  Speak to people who have completely different views to you and read widely on science, religion, philosophy, nature, natural history, history, psychology, the arts etc.

Last of all be prepared to discard outmoded philosophies and practices that are no longer in accord with the world and are not working for you. 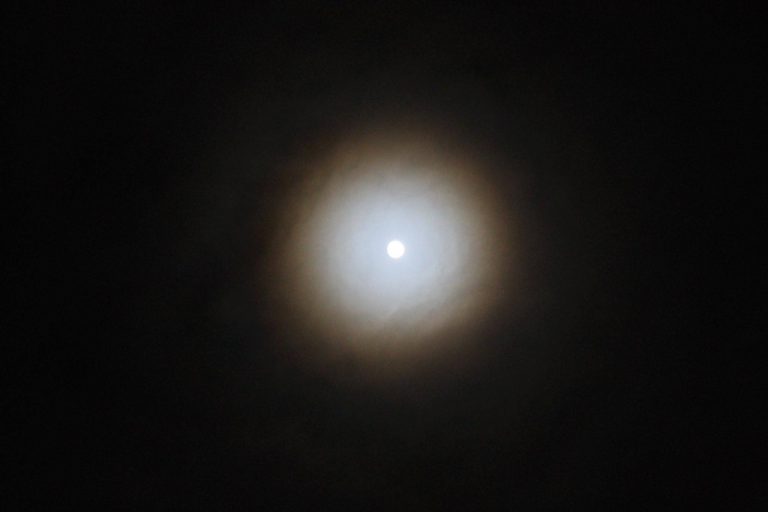 “Once a month when the moon is full..”

Note from Morgana: Interestingly enough the archaic meaning of glamour is enchantment; magic, as in “that maiden, made by glamour out of flowers”. However as Rhys points out it has taken on the modern meaning of ‘an attractive or exciting quality that makes certain people or things seem appealing’: “the glamour of Monte Carlo”  https://www.lexico.com/en/definition/glamour

Rhys, along with his wife Martika, is a member of a rural Gardnerian coven in the middle of Suffolk. He has a Masters degree in philosophy and works as a history and humanities teacher. He is interested in wildlife, travel, wine making (with mixed results – just ask the coven), philosophy, field archery and reading.
Bekijk alle berichten van Rhys Chisnall →
Dit bericht is geplaatst in English articles met de tags enchantment, fascinating, glamour, Glamoury. Bookmark de permalink.